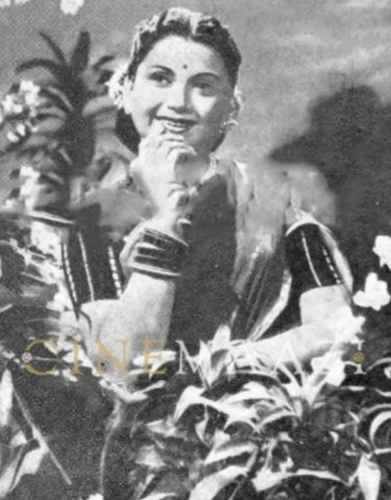 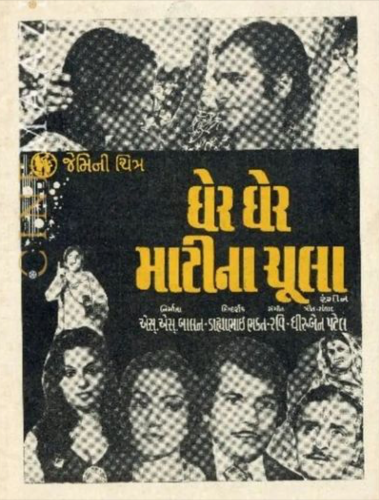 The veteran film actor and singer Jal Merchant started his acting journey in theatre. He often played female characters as actresses were considered a taboo in various cultures.  His performance as the female protagonist in the Gujarati play Shankit Hriday directed by Nagendra Majumdar was a phenomenal success. This encouraged him to try his luck in the silver screen during the silent era.

He joined the Imperial Films Company and made his debut with Nagendra Majumdar’s Kathil Kathiani (1928). This was the start of a successful career that spread over two decades. He frequently collaborated with filmmaker R S Choudhury in films such as Punjab Mail (1929), Hamarun Hindustan (1930) and Talwar Ka Dhani (1929). Talwar Ka Dhani also featured the star actress  Sulochana alongside him.

Another actress he often starred and shared a somewhat parallel career with was Zubeida. They acted together in some of his most successful mythological films such as Veer Abhimanyu (Prafulla Ghosh, 1931), Subhadra Haran (Prafulla Ghosh, 1932),Mahabharat(Nanubhai Vakil, 1933). The pair received much love and adoration from fans and continued to work in other non-mythological films such as Zarina (Ezra Mir in 1932), Aaj Kal (NanubhaiVakil, 1934) and Mr & Mrs Bombay (Nanubhai Vakil, 1936). With the advent of talkies, he got the opportunity to charm audiences through his melodious voice. Even at the beginning of his career, he wooed the audience with his insightful performance in the social film Vasant Bengali (Persi Karani, 1930). At a time when many actors depended on their physique to garner appreciation, his performance set him apart. Merchant and Sarvottam Badami’s collaboration gave the audience films such as Grihalaxmi(1934), Holiday in Bombay /Bombay Ki Sair (1941). He acted opposite Sabita Devi in Grihalaxmi and Ezra Mir’s Phantom of the Hills (1934). Nitin Bose cast him in his films like Mashal(1950)and Deedar (1951).

Merchant took a leave from the film industry to focus on his flourishing business in the 50s. According to an old Filmfare article, a young Merchant went out hunting in his free time and was known for having a knack for it. Jal Merchant was one of the first heroes who presented a kind of masculinity in Indian cinema which didn’t entirely conform to the accepted norms.