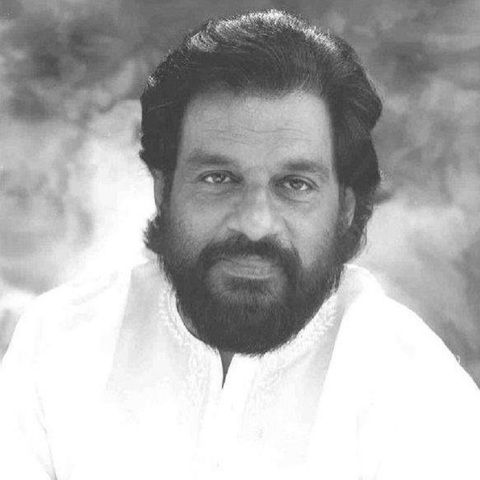 Hailed as one of the greatest singers in the history of Indian music, Kattassery Joseph Yesudas, better known as K Yesudas, has often been referred to as Gaanagandharvan which translates as the Celestial Singer. In fact, it is said that if the tourism brochures talk about Kerala as God’s Own Country, millions of admirers consider Yesudas as God’s Own Voice. With a mesmerising voice that has seeped into the collective consciousness of listeners and fans, he has infused melody into every emotion and mood. Known as Dasettan to his admirers, spanning generations, he has recorded an immense number of songs in the course of his six-decade career. He holds the record for winning the National Award for Best Male Playback Singer eight times, the Filmfare Awards South five times, and the State Award for the Best Playback Singer numerous times, including awards conferred by the state governments of Kerala, Tamil Nadu, Andhra Pradesh, Karnataka, and West Bengal. Awarded the Padma Shri, the Padma Bhushan, and the Padma Vibhushan by the Government of India for his contribution to the arts, he achieved the feat of singing 16 film songs in four South Indian languages on the same day at AVM Studio, Chennai. Having sung Indian classical, devotional and cinematic songs in languages including Malayalam, Tamil, Telugu, Hindi, Kannada, Bengali, Odia as well as Arabic, English, Latin, and Russian, K Yesudas also composed songs for Malayalam film songs during the 70s and 80s, besides being a legendary Carnatic vocalist.
Born on 10 January, 1940 in Fort Kochi, now Kerala, K Yesudas was the eldest of five children born to Augustine Joseph and Elizabeth Joseph. Exposed to music from a young age, courtesy his Malayalam classical musician and stage actor father, he was the top singer during his school days at St. Sebastian's High School, Cochin. In 1957, he stood first in the state level school youth festival in Carnatic vocal singing. He began his academic music training at R. L. V. Music Academy, Thrippunithura and completed the Ganabooshanam course. He went on to study at the Swathi Thirunal College of Music, Thiruvananthapuram under the guidance of the Carnatic music great, K. R. Kumaraswamy Iyer and Semmangudi Srinivasa Iyer. However, financial constraints led to him having to quit studies.

He recorded his first popular song, Jaathi bhedam matha dwesham for the film Kalpadukal (1962), which was based on the life and times of philosopher, spiritual leader and social reformer Sree Narayana Guru. Yesudas, after the initial years, became a most sought-after singer by established music directors of the time such as M. B. Sreenivasan, G. Devarajan, V. Dakshinamoorthy, Br Lakshmanan, and M. S. Baburaj. His major break came with the hit Malayalam film Bharya (1962), which had music by G. Devarajan. He went on to sing hit songs for the film Udhyogastha (1967) directed by P Venu. Making his debut in the Tamil industry, he sang for Bommai (1964); however, it was Konjum Kumari (1963) for which he also sang that released first. His career in playback singing saw him working across the Malayalam, Tamil, Telugu and Kannada film industries. By 1965, he was already popular enough to be invited by the Soviet Union government to perform at music concerts in various cities in the USSR. He even sang a Russian song on Radio Kazakhstan, which was widely appreciated by local fans.

Well-established in the Malayalam industry after a decade of singing in South Indian films, he was also nominated to head the Kerala Sangeetha Nataka Academy in 1970, being the youngest person ever to occupy the post. Yesudas got his break in Hindi films singing for Jai Jawan Jai Kissan (1971); however, it was Chhoti Si Baat (1976) for which he had also rendered playback that released earlier. Among the many popular songs he rendered are Jaaneman jaaneman tere do nayan from Chhoti Si Baat (1976), Gori tera gaon bada payara and Jab deep jale aana from Chitchor (1976), Dil ke tukde tukde karke from Dada (1966), Aapki mehki hui zulfon ko from Trishul (1978), O goriya re from Naiyya (1979), and Kahan se aaye badra from Chashme Buddoor (1980), and Ni sa ga ma pa ni for the unreleased Anand Mahal. Working with music directors such as Ravindra Jain, Bappi Lahiri, Khayyam, and Salil Chowdhury, he rendered songs for Hindi film heroes such as Amitabh Bachchan, Amol Palekar and Jeetendra.

Yesudas is equally if not more renowned for his non-film music. He devotes his time to sadhakam or music research, and Carnatic concerts. He sang for the album Ahimsa in Sanskrit, Latin and English, rendered in various styles such as new-age and Carnatic. He even renders Arabic songs in the Carnatic style during his music concerts in the Middle East, thus serving as a cultural ambassador for India, promoting Indian music abroad. He is known for rendering hymns of goddess Saraswati on his birthday at a temple in Karnataka, while he also has many songs devoted to Lord Ayyappa, including the well-loved Harivarasanam.

He established the Tharangani Studio at Trivandrum in 1980. More than a decade later, the office and studio were moved to Chennai, Tamil Nadu with the company incorporated in the US in 1998, bringing out audio cassettes of Malayalam film songs in stereo. The record company’s voice mixing studio in Chennai continues to produce and present events of Yesudas both for film and Indian classical music concerts held worldwide.

Yesudas had begun a cross-country musical campaign against terrorism in Thiruvananthapuram, with the motto Music For Peace in 2009. He received an honorary award by UNESCO for Outstanding Achievements in Music and Peace at the Music for Peace concert in Paris, attended by Lionel Richie, Ray Charles, Montserrat Caballé, and Zubin Mehta.

Married to Prabha in 1970, the couple has three sons, Vinod, Vijay who is a musician who won the Kerala State Film Award for Best Male Playback Singer thrice, and Vishal.

Decades later, sharing his philosophy, K Yesudas says, “Music is a vast ocean. Nobody can ever master it.  I am still a student of music.”