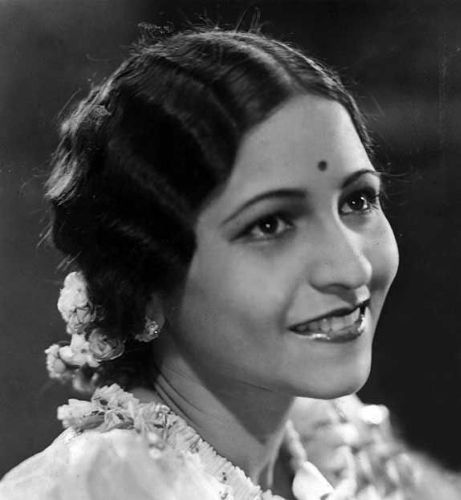 Hansa Wadkar was born Ratan Bhalachander Salgaokar, on 24th January 1923 at Dr. Bhalerao Hospital in Bombay, Maharashtra. Her father, Bhalchander Salgaokar, was the son of Kalavantins, the courtesans renowned for their musical accomplishments. Her mother, Saraswati, was the daughter of a Devdasi. Her great grandmother, Baybai Salgaokar, called Jiji by the family, was a wealthy courtesan who was the influential figure in the family. Marriage in the courtesan community was a rarity and Wadkar's grandfather Raghunath Salgaokar (Jiji's son) was the first person in the family to marry.

Wadkar was the third of their four children. Her two siblings, the oldest sister, and youngest brother died young. Her brother was named Mohan.

When Jiji divided her vast property, Wadkar's father got the house in Sawantwadi. The mother, father, brother, and young Wadkar shifted there and she joined a Marathi medium school where she studied till class IV. She also studied vocal music under Bhagwatbuwa but was not interested in singing. The family returned to Bombay and Hansa attended an English medium school, Aryan Education Society School for two years. However, she had to leave school when the family faced financial problems. The father had turned into an alcoholic and there was no money coming into the house. The mother insisted that Mohan, being a boy, should continue his studies; hence it was left to Hansa to find work.

Wadkar's father had three sisters, Kesharbai, Indirabai, and Sushilabai. Sushilabai was married to Master Vinayak, a renowned actor-director of the early era of Indian cinema. The elder sister, as well as Indira Wadkar, was acting in films and Indira was a classical singer as well. Indira acted in several films including Duniya Kya Hai (Resurrection) (1937) and Vinayak's production company Hans Films’ Devata (1939) in Marathi. Indira used the surname Wadkar to avoid using the family name Salgaokar, for fear of reprisal from society against women acting in films. Her older aunt, Kesharbai, was working in a film made by M.G. Rangnekar.

Hansa was not only attractive but also an expert in dancing and singing. Rangnekar suggested that Wadkar works in films to sustain her family.

Hansa debuted in her first role as a heroine in Bapubhai Pendharkar's Vijayche Lagane (1936, Marathi). The film was also made in Hindi as Shadi Ka Maamla (1936). It was directed by Mama Warerkar. The film was produced by Pendharkar's Lalit Kala Production, its ‘first and last’ film, as Pendharkar died soon after. When her brother objected to the family name being used in films, her name was changed from Ratan to Hansa, and the surname Wadkar was borrowed from her actress aunt, Indira Wadkar. Her salary at that time was Rs.250 per month. The film was a success at the box-office.

She worked in a few films after this for different companies, which remained incomplete.

She then joined Golden Eagle Movietone and learned Hindi from a Hindi scholar appointed for her by the company. She became proficient in the language, working in several Hindi films at the time like Meena (1944), Prem Patra, Zamana (1938), and Raj Kumar (1944) with Chetan Anand.

Hansa married Jagannath Bandarkar in 1937. Bandarkar was one of the sons of their neighbour at Sawantwadi. His family was deemed of a ‘lower caste’ than the Wadkars. Being 10 years older than Wadkar, her brother and other family members did not approve of her closeness to him. However, her mother would ask her to call him over for lunch or odd jobs. When the Wadkars shifted to Bombay, Bandarkar followed. Having failed at setting up a printing press, he started a theatre company called Dominic Union and got Wadkar to join it. When her mother accused her of having an affair with Bandarkar, she turned defiant at what she considered an unfair accusation. Hansa writes of assuming this defiant and oppositional attitude later on too when wrongly accused. Soon she was three months pregnant at age 15 and Bandarkar and Wadkar were married on 6th September 1937 at Kittebhandari Marriage Hall in Bombay. Though she had "dreamed of family life”, she had to resume work as Bandarkar's company was financially unstable. She also suffered a miscarriage at this time.

She acted in two stunt films of Bhagwan Palav, having joined Harishchandrarao's company. The films were Bahadur Kisan (1938) and Criminal (1939) which was released in 1939. In 1938, she was cast in Zamana directed by Ram Daryani, starring Padma Devi who had earlier acted in Indian cinema's first indigenous colour film, Kisan Kanya (1937). The other co-stars were Dar (Jeevan) Gulab, Ameena, and Amirbai Karnataki.

Her next film was Modern Youth (1937). Then she did a few B grade films. She was offered films by Bombay Talkies where she did three films - Durga (1939), Navjeevan (1939), and Azad (1940). Later Prabhat also called her for Sant Sakhu in 1941. She did three films for Shantaram - Sant Sakhu (1941), Ramshastri (1944), and Matwala Shayar (1947). Ramshastri was a bilingual film directed by Vishram Bedekar, Gajanan Jagirdar and Raja Nene made both in Marathi and Hindi and was a biopic about 18th-century chief justice Ram Shastri. As she did not know dancing, Wadkar had to undergo training for her role as a tamasha dancer for this film.

Hansa gave birth to a daughter, Rekha, following the completion of her film Mera Gaon (1942).

Hansa worked with top banners and opposite top actors in her heyday. She worked in films made by Bombay Talkies, Prabhat, National Studios, and other banners. In all, she worked in 28 Hindi films. She sang 10 songs in three films as well. From 1949 to 1966, she acted in 25 Marathi films, including the record-breaking Sangatye Aika (1959).

She went on to perform several plays, where she met Rajan Jawale, an actor, with whom she formed a bond that lasted till her death. After retirement, she lived with Rajan Jawale. She called him Baba.

Hansa Wadkar wrote her autobiography Sangtye Aika in 1970. It was the same title as her most successful film in Marathi. Her autobiography reveals that Hansa's life was in two extremes. On the professional front, she was very successful, but on the personal front, she was very sad. She always sought love but got deception, heartbreak, and torture. Bandarkar was a very suspicious character. Due to him, she had to undergo many abortions, which spoiled her health. She started drinking and describes one drinking session in her autobiography where she was unconscious of what took place. She found herself in a village where Joshi, one of the men she had been drinking with, brought her as his third wife. She stayed virtually imprisoned there for three years, till she was able to smuggle a letter out to her husband. He arrived with the police and took her to the magistrate's office in the neighbouring town, where she had to testify. The magistrate sent Bandarkar to get a signature on a paper and then allegedly proceeded to rape Wadkar. Since she did not speak out about the incident, no action was taken.

Shyam Benegal made a film on her autobiography (Sangte Aika) – Bhumika (1977). Hansa's role was essayed by Smita Patil while Bandarkar was played by Amol Palekar. The film was very successful and won many awards. 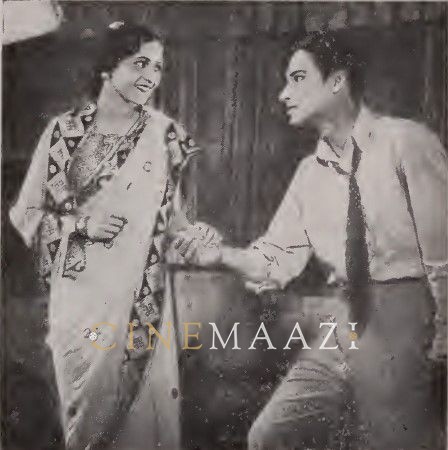 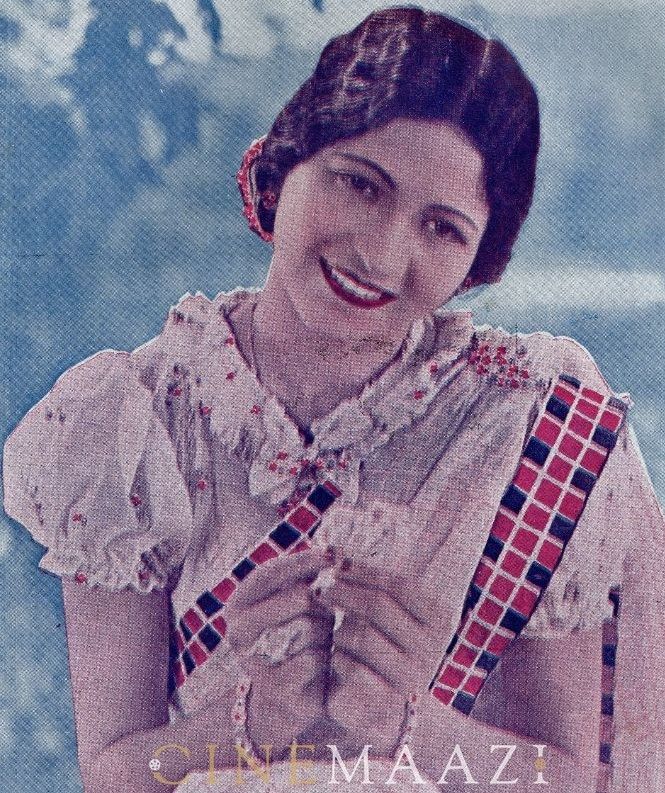