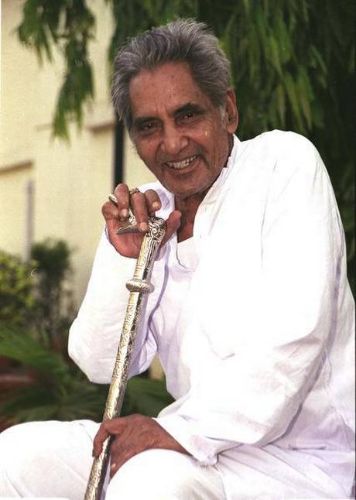 Besides writing, Neeraj taught in a college and was a Professor of Hindi Literature in Dharma Samaj College, Aligarh. He was also Chancellor of Mangalayatan University, Aligarh, Uttar Pradesh.

In the 60s, Neeraj’s poetry was very popular on radio. Impressed by his creations, filmmaker R Chandra approached Neeraj to write the lyrics for a film. However, Neeraj apparently refused, declaring that he did not write poetry on demand, adding that if filmmakers wanted to use his poetry, they could do so. Years later, when R Chandra decided to make his directorial debut with Nai Umar ki Nai Fasal (1966), he selected no less than six of Neeraj’s poems for use in his film. These included Karwan gujar gaya and Dekhti hi raho tum darpan aaj. While Neeraj was thus introduced to the world of Hindi films by R Chandra, it was Cha Cha Cha (1964), for which Neeraj wrote the lyrics, which released two years earlier with Neeraj-penned songs such as Subah na aayi sham na aayi, Ek chameli ke mandve tale and Woh hum na the woh tum na the. Neeraj went on to be introduced to S D Burman by Dev Anand, who had been smitten by his talent, having heard him at a poets’ conference. The veteran S D Burman agreed, and was immensely impressed by the lyrics Neeraj created for a complex situation -Rangeela re tere rang mein yun ranga hai mera mann in Prem Pujari (1970), a song about longing, betrayal and unfulfilled expectations which tugged at the heart. Burman also went on to recommend Neeraj as lyricist to the producer of Sharmeeli (1971). Neeraj was also assigned by Raj Kapoor to write a song for Mera Naam Joker (1970), for which he penned Ae bhai zara dekh ke chalo, also setting it to tune.

Neeraj collaborated with S D Burman in many films including Tere Mere Sapne (1971) and Gambler (1971), as well as with Shankar-Jaikishan in films such as Mera Naam Joker. Unfortunately, while Neeraj’s songs were invariably very popular, the films often did just about average business or failed at the box office. In an industry riddled by superstition, this did not bode well for Neeraj’s graph as lyricist. A slighted Neeraj preferred to return to his world of poetry. The passing away of Jaikishan as well as S D Burman had also left him dejected. Neeraj’s friendship with Dev Anand, however, endured and he even penned the songs for Anand’s last film Chargesheet (2011). He felt that people spoke of his five years in film industry while tending to forget his 65 years of contribution to literature.