A woman alone, destitute and pregnant arrives on the outskirts of a village on a stormy night and is rescued by the village Patil and his wife. She delivers a boy that night in Ramdayya's (Zebunnissa) hut and dies. Ramdayya conceals the ornaments, some papers and a locket, which the woman was carrying, before handling over the body to a nearby orphanage.

The little boy, now named Chandu, (Master Sachin) has spent eleven difficult years at the orphanage run by the corrupt manager, Ghanshyam (Ulhas) and his accomplice Gouri (Bela Bose). But inspite of all provocations Chandu remains innocent and truthful.

Ramdayya on her deathbed calls for Ghanshyam and confess her crime in concealing the letter, locket etc. She had sold the ornaments which reveal Chandu's family. Ghanshyam is surprised that the letter the woman was carrying is addressed to Seth Rajeshwarnath (Bipin Gupta) a very rich man in Bombay. In fact there is reason to believe that Chandu is the child of the only son of Seth Rajeshwarnath who had left his home due to differences with his father over his marriage to Chandu's mother and who had subsequently died.

Ghanshyam goes over to Seth Rajeshwarnath's home in Bombay but instead of meeting Sethji he is met by a grand-nephew of Seth Rajeshwarnath, Janardhan or Jerry (Akash Deep). Jerry who is the present legal heir to Seth Rajeshwarnath's property pricks his ears when he comes to know of the existence of Chandu who would now be the real heir if he is brought home. Jerry quickly plans an evil plot and offers money to Ghanshyam for the purchase of the boy. Jerry and Ghanshyam arrive at the orphanage but through a strange coincidence miss laying hands on Chandu. Chandu escapes from their clutches and reaches Bombay.

On the streets of Bombay, Chandu is befriended by Johnny who belongs to a gang of pick-pockets. Chandu later meets Bijli (Padmini), also a member of the gang and is drawn towards her. She also develops affection for the boy and often protects him from the loathsome leader of the gang Ustad Bhagatram (Jeevan).

Bijli is very much in love with Sheroo (Sanjeev Kumar), also a thief, whom she tries to bring to a path of virtue. Their's is a strange romance which flowers in the ruins of an ancient graveyard an in the quiet of deserted railway wagon.

Jerry and his friend Dharamdas (Randhir), who keeps in touch with the underworld, frantically look for Chandu and offer a big price. The rest of this exciting and unusual story reveals how Chandu escapes all his evil pursuers.  At times it looks as through Chandu and Bijli between whom the spark of love has kindled into a bright flame, will become victims of the evil designs of Ustad Bhagatram and Jerry. But in the end truth and love triumph. 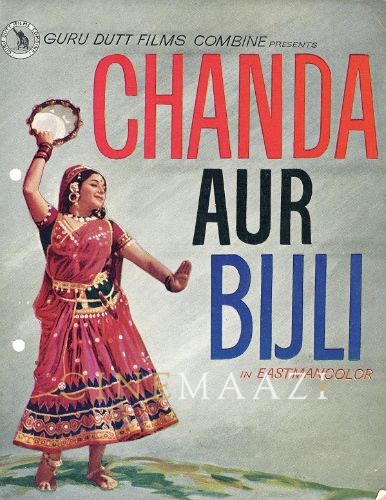