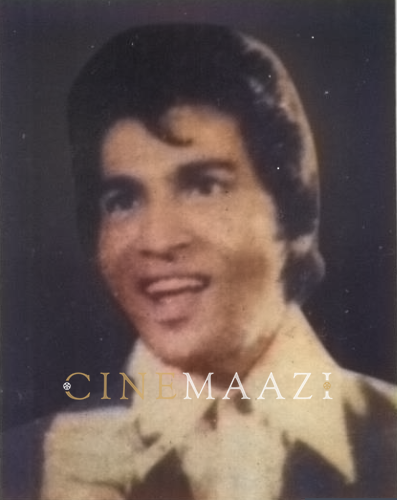 Among the Konkani dramatists as comedians, Anthony Mendes and Jacinto Vaz have carved a niche. Similarly, Paul Romy whose original name is Romualdo Francis D’Souza has earned fame for his comedy particularly in the first Konkani film in colour, Bhuierantlo Munis (1977).

He has a peculiar style and is therefore called the Jerry Lewis of the Konkani stage. His features are like the American singer and performer, Elvis Presley. He set foot on the Konkani stage in Arthur D'Souza’s drama Goribak Okman which Paul directed in which the popular band Rosebuds was in attendance. He has been inspired by King of Melody, the late Alfred Rose who told him to take the name of Paul Romy. Alfred Rose used to like his talent for comedy and hence he has acted in 25 of his dramas. These dramas have taken him to Mumbai, Pune, Goa, Kolkata and the Gulf countries. To give a glimpse of his talent, he acted in Prem Kumar’s Rinn, which had a revolving stage, wherein he acted as an idiot. The scene was so loved by the audience that the scene had to be repeated.

He has lent his voice in M. Alphonso’s music album, as well as been part of Chris Perry’s musical shows such as Tum Ani Han, Padricho Lobas well as in two shows of Romeo Mendes. He has participated in the music show dedicated to musician Frank Fernand. The names of dramas written by him are Tuji Dhuv Mhoji Bail, Map Bhoron Votlem, Akhrek Tench, Zanvchem Aslem Zalem, To Chukon Uloilo and Turn jikhlo hanv harlom. Goa Kala Akademin has honoured him in 2005 with the Natraj award. Similarly, he is the recipient of Coca Cola’s Great Goan Performer Award. Tiatr Academy of Goa has bestowed him in 2010 withthe Lifetime Achievement Award. On the occasion of 125 years of tiatr, he was felicitated by Maharashtra Konkani Kala Sanstha.He has also earned the Goa Government’s Cultural Award. He has organized Konkani Film Festival in Mumbai wherein were shown Konkani films such as Amchem Noxib(1963), Nirmon(1966), Boglantt, Bhuierantlo Munis and Mog Ani Moipas (1977).