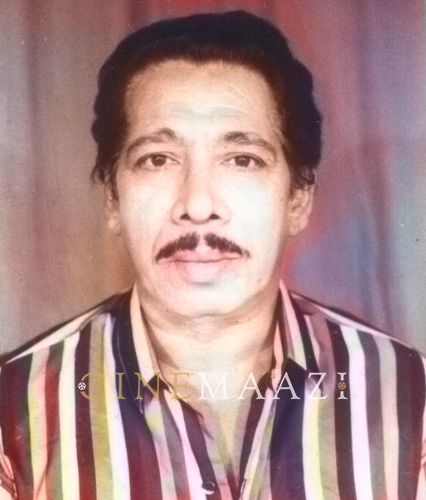 Seby Coutinho earned fame for his talent and versatility in acting, singing and in dance direction in Konkani dramas and films. He worked for National Rayon Corporation situated at Fort in Bombay. His involvement in drama meant he never missed the opportunity to participate and thus ended up taking leave from work to. His wife worked for the reputed Pfizer company and was the leader of the union.

Ernest Rebello introduced him on the professional stage by casting him in his drama entitled Avoicho Gutt (Mother’s secret) while John D'Cunha gave him the necessary encouragement to write dramas. Seby’s first drama was titled Ekloch Put (Sole Son) which received a good response and led to his second drama being presented in 1953, titled Kudd'ddo Millionar (Blind Millionaire) which he showed in 1953 under the auspices of Fort Dramatic Company. Coutinho founded the Goan Dramatic and Cultural Society through which he presented his programmes. He was lucky to act in the late Alfred Rose’s first drama Hench Tern Karann (This is the reason) whom he casted in his next drama, Dotor Advogad (Doctor Advocate) where he displayed his talent. All professional dramatists recognised his talent and even the media sang praises for his capability, one newspaper going so far as to call him the 'Pran of the Konkani stage'. As his fame spread, prominent directors such J. P. Souzalin, C. Al-vares, Prem Kumar, M. Boyer, and Jacinto Vaz took him in their dramas.

Seby Coutinho’s acting style was natural in nature, and director Prem Kumar even labelled him as the best actor. His prowess can be seen in plays such as Khorkhos Ostori (Rough Woman), Angovnnechi Hokol (Vowed Bride), Vavraddi (Worker), Atam Konn Ghatki (Now who is the traitor), Barabas, and Succurine. He earned several awards including for his role in Map Bhoron Votlem (Measure was overfull). Some of the key dramas written by him include Mhaka Guneanv Bhogos (Forgive me), Amche Disgras (Our misfortune), Himtteache Bhognnar (The travails of a minor), Chovtho Put (Fourth son), and Avoicho Ulhas (Mother’s proclamation). He also excelled in dance direction which came naturally to him. He also displayed Goan folk dances in posh hotels and functions.

Seby has participated in Konkani films too. In the Konkani film Amchem Noxib (Our luck, 1963) the songs Manddo Goencho (Manddo from Goa), Leo moga (Come beloved) are picturised on his dances which have been directed by him. His role in the runaway Konkani hit, Boglantt(Calumny, 1975) is par excellence. He used to compose his own songs. His acting in a TV act Manavti (Vow) was top rated. He was invited by Amjad Khan to participate in his Circus serial but since he was booked for Konkani dramas, he had to turn down his request. He was also offered a big role in a Hindi film but since his first love was Konkani stage it did not materialize. Seby’s Goa cultivation song has become very popular. Similarly, he used to present skits for All India Radio Bombay, of which Bapul Bhav (Cousin Brother) became famous.
He passed away on 9 January, 2000.