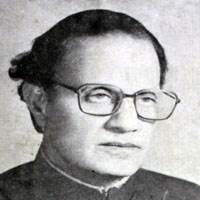 Born Muhammad Shamim in 1933 in Jaipur, he received his early education in the erstwhile princely state. Gifted with a literary temperament, he began composing poetry at an early age. Shamim Jaipuri gained popularity essentially at poets’ gatherings. He additionally impressed with the quality of his voice and the art of sing-song recitation. His poetic works acquired maturity as he sought counselling from Aziz Aagahi. Moving to Meerut from Jaipur, Shamim’s circle of influence grew as he interacted with Jigar Moradabadi and Taskeen Qureshi. The classical tone and tenor of his work was considerably influenced by Jigar Moradabadi.