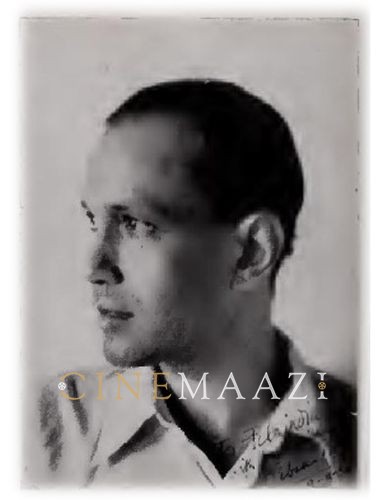 Said to have been India’s highest-paid director in 1940—charging a whopping Rs.2.5 lakh per film—director, writer, and actor Debaki Bose is renowned for his pioneering contribution to Bengali as well as Hindi cinema. Known for his ingenious use of sound and music in films, Chandidas (1932) which was directed by him, was the first film in Indian cinema to contain background music. His Aparadhi(1931) was the first Indian film to use artificial lighting. The first Indian director to receive an international award, his Seeta (1934), made under the banner of East India Film Company, was the first Indian talkie to be screened at an international film festival, namely the Venice Film Festival, where it won an Honorary Diploma. Revolving around the freedom struggle, the film depicted the motherland via the sufferings of Sita. His Sagar Sangamey (1959) was also nominated for Golden Bear at the 9th Berlin International Film Festival (1959), besides winning the National Film Award for Best Feature Film at the 6th National Film Awards ceremony in 1959. Awarded the Padmashri, Bose made more than 50 films in Bangla, Hindi, Marathi, Tamil and English in a career spanning 31 years till 1961.

The son of a successful advocate Madhusudhan Bose, Debaki Bose was born on 25 November, 1898 in Akalposh, Burdwan, Bengal, British India, into an educated and wealthy family. Debaki was inspired by Mahatma Gandhi’s call for non-cooperation. Influenced by his teacher Sisir Bhaduri, at Bidyasagar College, Calcutta (1920), he left university to join the non-cooperation movement after the Calcutta Congress (1920). Moving out of his home, he edited a local weekly named Shakti, before films beckoned. Invited by Dhiren Ganguly, one of the first director-entrepreneurs who set up a number of production companies, as a scenarist and actor for his company, Debaki left for Calcutta, much against his father’s wishes. He thus made his debut, penning the script of Kamonar Agun (1930) made by British Dominion Films, as well as acting in the film. His debut as a director came in the same year with Panchasar (1930), featuring Bose himself and Dhiren Ganguly.

He later went on to work with Pramathesh Barua's Barua Pictures before finally joining the New Theatres banner in 1932. New Theatres had in its employ talented actors such as Prithviraj Kapoor, Chhabi Biswas, K.L. Saigal, Bikash Roy, Pahari Sanyal, and star actress Kanan Devi. Together with Barua, Bose directed the studio’s first hit, Chandidas (1934). The film was a quasi-legendary biographical, a cinematic validation of a major stage genre. His early work is considered an important step in the development of genres like the mythological and saint film. Joining the East India Film (1934-6), he made the lyrical Seeta (1934), the film that launched Prithviraj Kapoor and Durga Khote as a star duo. Returning to New Theatres (1937-41), he made the classic Bidyapati/ Vidyapati (1937), starring Pahari Sanyal as Vidyapati, along with Kanan Devi, Prithviraj Kapoor, Chhaya Devi, Leela Desai, K. C. Dey and Kidar Sharma. Revolving around the Maithili poet and Vaishnava saint Vidyapati, the songs of the film became popular and the lyrics were considered bold for its time, even though they were inspired by Vidyapati's poetry. In 1945, Bose started his own production company, Debaki Productions with stars from the Hindi and Marathi cinemas. With the decline of New Theatres in the early 40s, it carved the path for other Calcutta cineastes.

Bose’s directorial debut in Hindi cinema had come with Puran Bhakt (1933), which marked a deviation for New Theatres from their usual subjects based on Bengali literature. Regardless, bolstered by R C Boral’s music the film was a huge success. Strung with music—namely six songs—it gave Boral his first Hindi hit. He also rechristened the film's hero Mijjan as Kumar, in order to alleviate his fears about rising communal tensions in Calcutta.

During the making of Rajrani Meera (1933), he had a quarrel with Nitin Bose, which resulted in his departure from New Theatres.

Among Debaki’s most significant works is Bhagaban Shrikrishna Chaitanya (1954), and Arghya, a documentary on the caste system, which was based on four narrative poems by Tagore—Pujarini, Puratan Bhritya, Abhisar and Dui Bigha Jami—to celebrate the centenary of his birth. Over 30 years, Debaki Bose crafted successes that also embodied his philosophical thinking and pursuit of the supreme consciousness. As a filmmaker, Bose’s endeavour was to bring more people into the fold of cinema, in the hope that they would accept and appreciate it like they did literature. He believed that before cinema could explore social themes, it needed to stell stories through devotion and mythology.

Known to be a tough taskmaster on set, to the extent of slapping those who failed to deliver, he was also known to never keep grudges. He accepted young Satyajit Ray’s brilliance in Pather Panchali (1955) with complete grace, uttering, ‘That defeat can be so sweet, I did not know until now!’Bose was equally strong in his belief that if an artist does not have freedom, he will not be able to create. It was this belief that saw him convincing no less than the Nobel-winning great Rabindranath Tagore himself that he would need to tweak the latter’s play,Tapati in order to translate it to film (the film eventually could not be made).

Bose led a disciplined life, which led to him being dubbed the industry ascetic. A teetotaller, he stayed away from alcohol and if he did smoke, he would restrict it to half a cigarette. Dressing in spotless white, and frugal in his eating habits, he did flaunt one passion though—his love for fancy cars, and a lakeside home, laid with the best Italian marble.

Winner of the Sangeet Natak Akademi Award for Film Direction in 1957, as well as the All India Certificate of Merit for Best Feature Film for Bhagavan Sri Krishna Chaitanyain 1953, Debaki Bose passed away on 17 November, 1971 in Calcutta. Noted filmmaker Tapan Sinha had said of him - “Indian cinema wouldn’t have been as beautiful if it weren’t for Debaki Bose.” 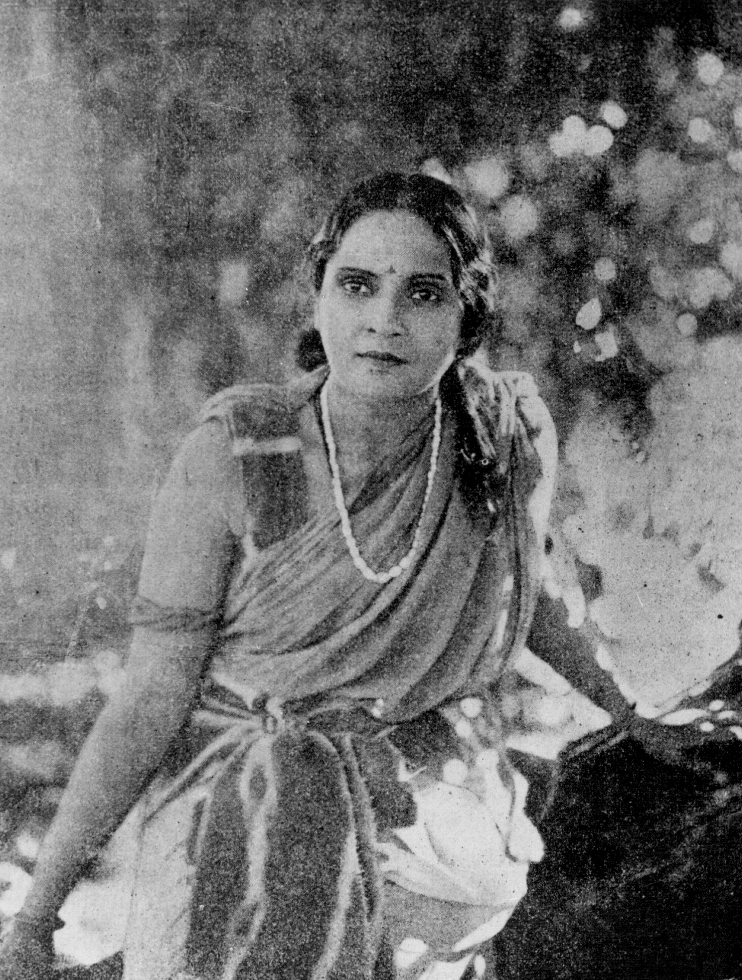 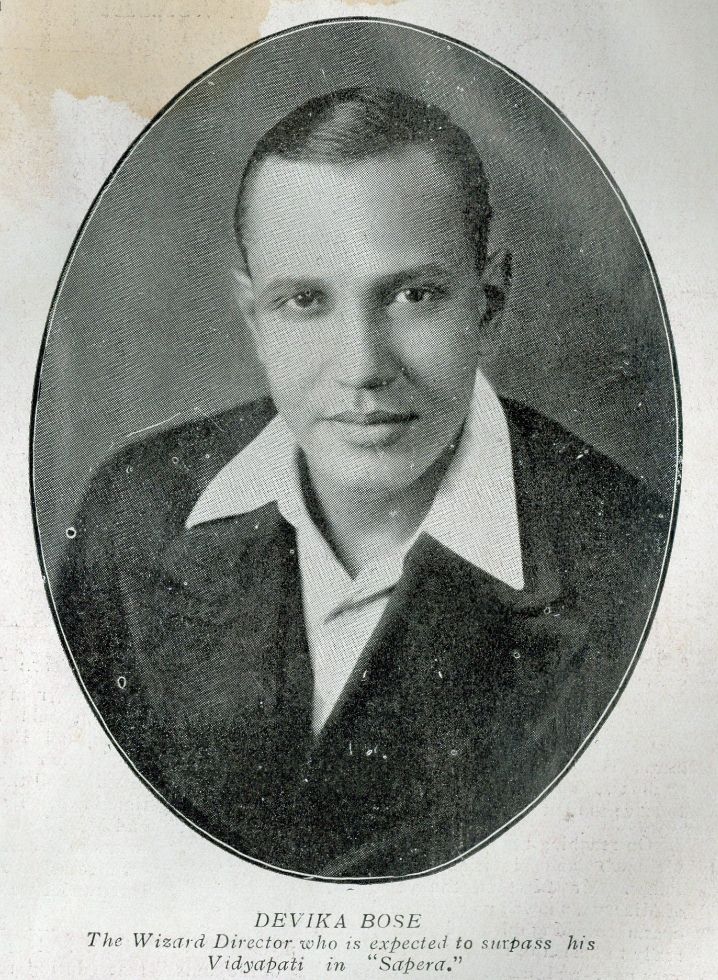