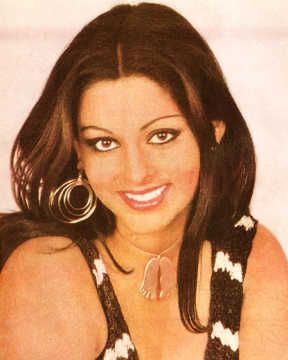 An actress turned fashion designer, Simple Kapadia was born on 15 August 1958 in Bombay to Chunibhai Kapadia and Betti Kapadia. One of her sisters is Dimple Kapadia, other than Reem Kapadia and brother Suhail Kapadia. Simple studied in Kodaikanal but she was forced to leave due to her mischievous behaviour. She wasn’t very fond of films as a child and the first film that she recalled ever seeing was Man ka Meet (1969) where a young Simple created a ruckus during the show.

Simple Kapadia debuted in the film industry in Shakti Samanta’s Anurodh (1977) opposite Rajesh Khanna, her then brother-in-law. Contrary to popular belief that she was cast for her connection with the leading man, it was Samanta who scouted her much before Dimple-Rajesh were even married and persuaded her to star in his next venture. She also went through a rigorous short training period under FTII acting graduate and fellow actress, Asha Chandra. While the idea of acting opposite someone close might seem comforting, in reality, both the actors were uncomfortable to share honest opinions due to their personal link. As an actor facing the camera for the first time, she was uncomfortable with expressing emotions in close-ups. In the following year, she acted in Basu Chatterjee’s Chakravyuha as a doctor, which wasn’t as difficult for her to play. In this film too, she acted opposite Rajesh Khanna.

Simple Kapadia was briefly married to a Sikh man. They had a son Karan Kapadia who was raised by her solely until he was 15 years old. She battled with cancer for the last three years of her life and passed away after a cardiac arrest on 10 November 2009. Her sister, Dimple Kapadia was her caregiver in the last few years and also took over the responsibilities of raising her son.