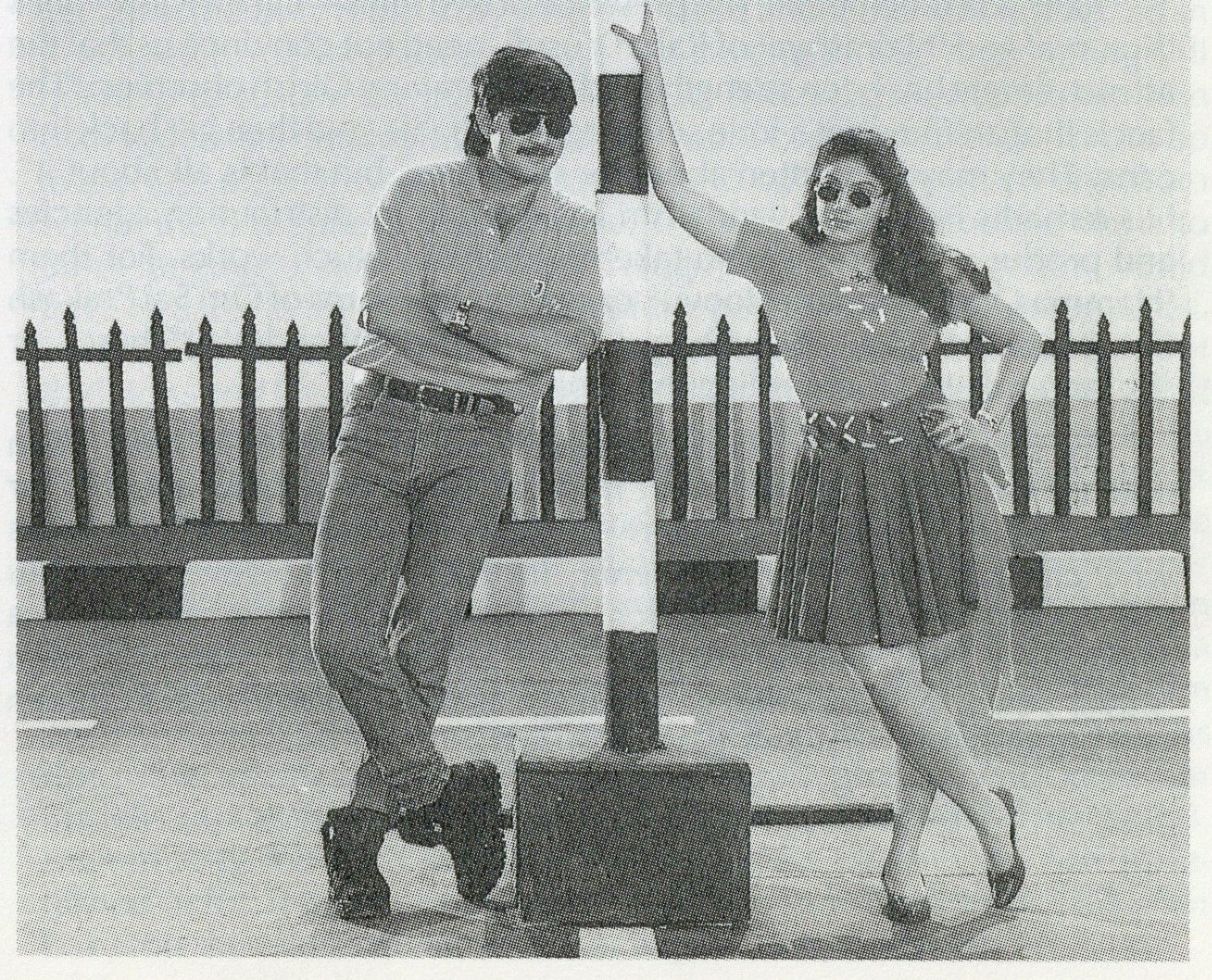 Perhaps, as never before, the most striking feature today of films produced south of Vindhyas, the exception being Malayalam, is the sacrifice of cinema, effortlessly and almost imperceptibly at the alter of mammon, even as the form overshadows the content, and leaves characterless images. Pure cinema has for sometime been an anathema down here, where talent has gone haywire.

Take for instance, this year's blockbuster Indian and its director Shankar. Like in his earlier films Gentleman (1993) and Kadhalan (1994), Shankar's themes have lost under the format he chooses, even as he continues to make the producer spend money to no end. If corruption is the theme of Indian, Shankar himself is no less guilty of the charge, for his format to attract audience to theatre is only a bait, which the Tamilians have swallowed very easily. Now that the Tamil is not confined to tis boundaries, Shankar tested success in its Telugu (Bharatheeyudu) and Hindustani avtars.

Take again for instance, Kamalhassan. One would vote anytime to the earthy Rajnikanth as far as acting is concerned, for Kamal's talent is being wasted in gimmicks. In Indian he sought John Westmoore and his assistant Michael Jones turn him into an old man.

He brought them again for his latest Avvai Shanmugi (1996), to become, under their make-up skills, a "Mylapore Mamiar", albeit an extension of Mrs. Doubtfire".

That this 'market' availability outside Tamil Nadu is the criterion behind the format of many films these days comes alive in Kadal Desam (1996) (produced by Kunjumon of Gentleman fame) directed by a youngest, Kathir. Kathir has already joined the bratpack band of southern gimmickers: Ramgopal Varma, Mani Ratnam, Shankar, Kathir, however is prone to show off his gay tendencies, and this is evident in Kadal Desam as well. Set in no region-specific, two young college going boys promenade the streets of Mumbai, Bangalore and Chennai to settle down in a village on the Mahabalipuram seashore. They tease, lovingly caress eash other, share lone moments atop hills and dales, even as the girl whom both of them are said to love opts for a more heterosexual love and bids 'goodbye'. The melodrama is telling, celebrating youthful friendship. Kathir showed similar gay-ish tendencies in Idhayam (1991) too. So, there is certainly "fire" in Kadal Desam.

It is the same melodrama which made another film, Kadhal Kottai (1996) a blockbuster, though the same director, Agasthiyan, failed to continue the impact in his later film Gokulathi Seethai this year. As we celebrated youth in Ullathai Allitha (Karthik-Rambha), Balachander came with his own band of feminist film-this time a yarn spun around a surrogate mother! Cinema is absent here. But then, it is the usual stuff of goondas and cops (Alexander, 1996), or histrionics of the lowest calibre, Sivaskathi (1996), that were the watchwords of Tamil film industry. Slapstick comedy touched nadir in We are not Tatas or Birlas (1996), and even Bhagyaraja's Gnanapazaham (1996) gave ample scope to promote double entendres.  Even as technically, Tamil films are moving ahead, thematically they have stayed put!

Worse is the case of Telugu filmland. It celebrated successes with murkier pictures. While Telugu versions of Bharatiyudu and Kadal Desam were great draws in Andhra, straight films Pelli Sandadi (1996) and Ninne Pelladutha (1996) were inspired by Hum Apke Hain Koun (1994) and Dilwale Dulhania Le Jayenge (1995). TheTelugu character in their cinema remains dead. When we consider that Telugus have their own Indians, Ore Rikshaw (1996), Aranyam (1996) come to our mind. If the old Tamilian haggard Indian can knife people, and younger version of the old man can dance in Australian parks, the Telugu counterpart, Narayanamurty despite his stock can blast entire villages, police stations, and dance with young damsels in Rampachodavaram forest, too!

The year, 1996, saw Chiranjeevi eclipsed. None of his films were released and his attempt to impose his brother Kalyan as hero was aborted by the audience. Another failure was Mohanbabu, who could not continue his borrowed sheen this year. Ram Gopal Verma too imposed a botched-up film Anaganaga Oka Roju, which ran for some time due to the presence of Urmila, while his horror film 'Deyyam' could not take off. A trend which EVV Satyanarayana perfected, the polygamous hero, has now been extended to all films in Telugu, with nothing less than two heroines making a complete hero here in Hyderabad. Another maverick director S.V. Krishna Reddy faces extinction, as he alternates success with more failure (for example, 'Vinodam'-'Gunshot'). With natively at a premium, borrowed themes from other states have also failed to come to the rescue of Telugu films.

Kannada is no better. The presence of two films-Girish Kasarvalli's Kraurya (1996) and Nairashya of Rahat Yusufi, need not convince us that the art movement has been strengthened in Bangalore. Girish observes: "The fact is that art films get a lone screeing at festivals, and then get back into cans. They may be written about for sometimes, but that is all about it". His remarks reveal the vandalism indulged in by distribution agencies and producers councils who take no interest in such works. For them Namma Oora Mandara Hoovu, or sentimental yarns of Om Sai Prakash like Muddina Sose (1996), Sowbhagya Devate (1996), or Mahendra's Sthree (1996), or Janumda Jodi (1996), are ruling the roost.

By sheer volume and gloss, south Indian films may have been noticed throughout India. Don't mistake the lone trees for woods, for there is poverty of themes, poverty of actors and filmmakers themselves who can provide us poor cinema. In the offing however are Balu Mahendra's Raman Abdullah (1997) (which, however, again is a remake of a Malayalam film), and a strikingly contrary film from Mani Ratnam's Iruvar (1997) even as Balu's film can provide us some cheer, Mani Rathnam will undoubtedly make us gasp for breath.

This article was written by K N T Sastry orignally published in Indian Cinema 1996. The images used in the feature are taken from the internet.
537 views