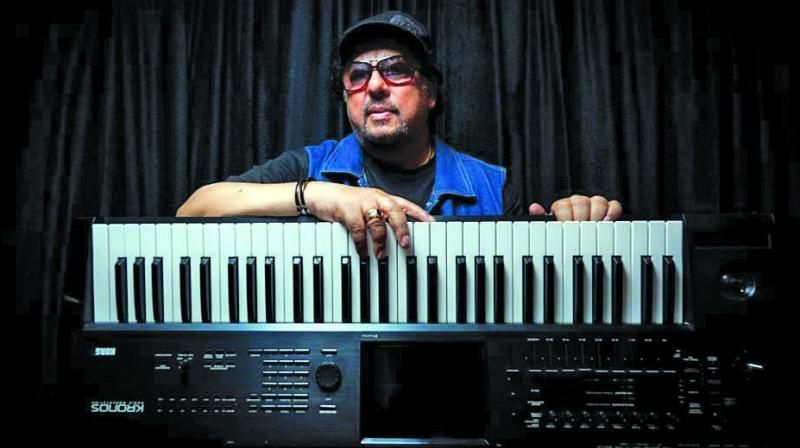 This is the story of a Nepali boy from Darjeeling who became the godfather of Indian jazz.
Pushkar Bahadur Budapriti was not only the best trumpet player in Darjeeling of the ‘50s, but he was also an unsparing father every time his son Dambar played a wrong note. When Pushkar became George Banks to gel with the names of his English bandmates, he rechristened Dambar Bahadur Budapriti as Louiz Banks.
George was the best music teacher Louiz could ever hope for, and the most endearing lesson the young Louiz learnt was a three-step process to become a successful musician: imitation, integration and innovation.
The musical journey of Louiz Banks, the Indian counterpart to the modern-day Jazz legends like Herbie Hancock and Chick Correa, spans over five decades and is steeped in surprising twists and turns. Starting his career as a pianist with a band in Kolkata, he first went to Mumbai at the invitation of the musical genius R.D. Burman. Inspired by the opportunities the city presented, Louiz soon made Mumbai home and became the number one music director for advertisements.
Packed with anecdotes shared by the musician himself and those narrated by other musical stalwarts associated with him, the book gives a fascinating insight into life of a dynamic musician who has extended the boundaries of his craft. The book also goes back into the nation’s colonial past to search for the roots of Indian jazz and offers a fascinating glimpse into the socio-political and cultural scenario of the time.
This is a delightful biography of a brilliant musician.

Following is an excerpt from Ashis Ghatak's Louiz Banks : A Symphony of Love.

In Hindi films, music is seen first and then heard. The instrumental sections of songs often got overshadowed by the antics of the stars who would be lip-syncing the lyrics. Hindi film heroes earned larger than life stature from their multi-dimensional proficiency in performing superhuman stunts and also playing a wide range of musical instruments. In nightclub sequences, heroes would often pick up a trumpet or a saxophone and swing their bodies with exaggerated movements. The flamboyance of a dashing hero often rode on the scintillating drumsticks of a drummer. Piano playing heroes, on the other hand, were pitted as more mellow, reflective and much less flashy. The piano in Hindi films was more of a musical vehicle to express romantic love, lovers' disunion and an effective ploy to melt the stony heart of the lady-loves who had become turncoat. And in many cases, the funny part was the way the shots were taken. Often heroes were seen waving their hands about, faking the movement of playing the piano while there was no piano in the soundtrack. In many cases it happened that the heroes were seen lost in the mood of pressing the keys but the sound in the soundtrack was from a sitar or a tabla.

These anomalies amused Louiz a lot when he saw the picturization of his tune on Shashi Kapoor in Mukti (1977). But soon he came to terms with the way films were shot and how songs used to get picturized. Manohari Singh had once said in an interview that he would find his blood boiling in irritation when he saw film heroes faking to play the saxophone with ease on screen, whereas in reality Manohari had put his heart and soul into it while composing it. This has been reproduced from the book Louiz Banks : A Symphony of Love.
The banner image did not appear with the original publication and may not be reproduced without permission.

Ashis Ghatak teaches English at a government-aided school in Kolkata. A film and music enthusiast, a photographer and an avid traveller, he has to his credit many academic books and as well as travelogues in various travel magazines.