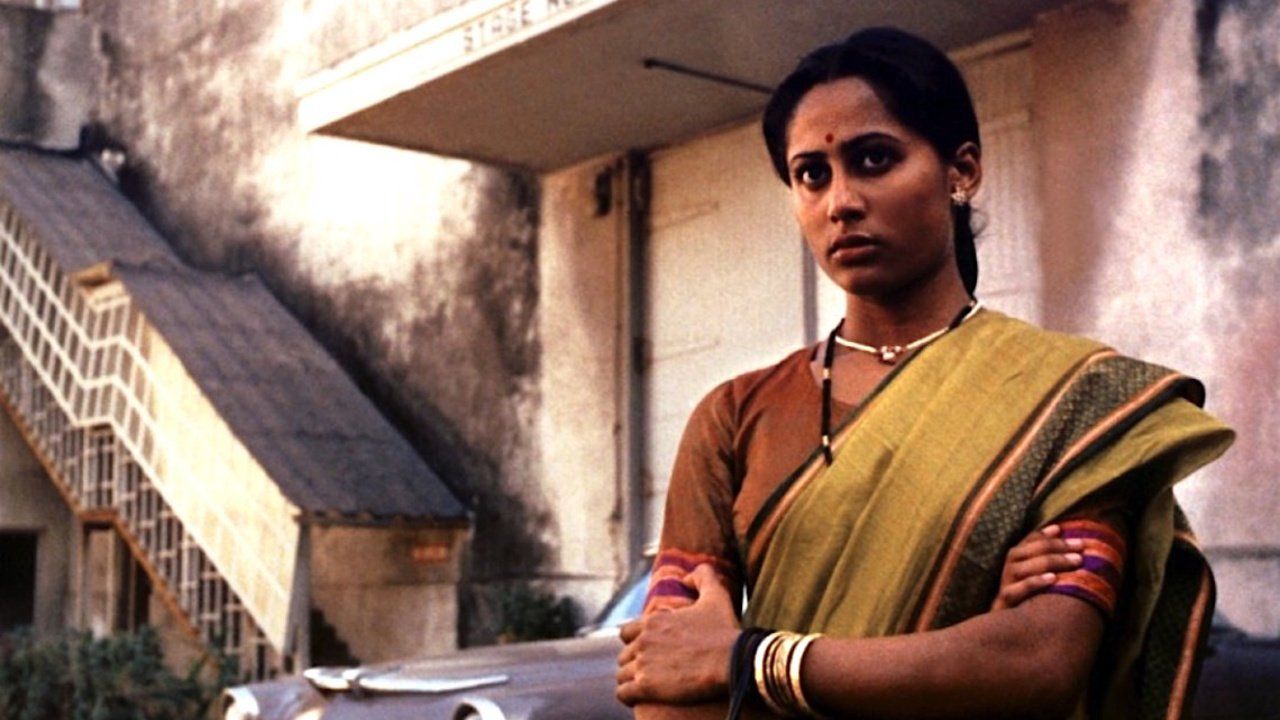 It was 1974 when I first saw Smita Patil reading the Marathi news on Bombay Doordarshan. Her screen presence struck me at once. She was not only the most presentable personality that I had seen on television, but also exuded a certain amount of natural confidence, which is very important for an actress. Not because an actress can perform better if she's confident, but because she can attract more attention if she is comfortable. Smita had that sort of a presence. Hitendra Ghosh, my sound recordist, told me that he knew her family and spoke to her about my wanting to cast her in a film. She laughed off the offer. Like any girl her age, she was not very serious about working in films at that time.

I wished to cast her in Nishant(1975), but I wanted to be sure of my choice. So, before that I took her in Charandas Chor (1975), the children's film, I was making at that time. She played a queen in this film. It was a comedy and she appeared relaxed before the camera. She also photographed brilliantly.

Nishant posed a bit of a problem in the sense, it meant she'd have to miss a few days before her B.A. exams. The Principal was hopping mad. "How can you leave your studies for something as juvenile as films?" he thundered. I had to personally meet him and pacify him, "I am not the kind of filmmaker you imagine." But he didn't budge and Smita had to give her exams in October. Later, of course, when the principal saw the film he took back his words. Next came Manthan (1976). I think she gave a brilliant performance.

Some of her scenes with Girish Karnad are extremely inspired.

I was now convinced that she could play any role, and I offered her Bhumika (1977). It was a role specially written for Smita. At every opportunity, I'd speak to her about the film, her character and its various shades. She attended many film festivals with me and it was always Bhumika that we spoke about. So, when we actually began shooting the film, there was very little I had to instruct or explain. She had read Sangte Aika on Hansa Wadkar and she was familiar with the Maharashtrian milieu. Besides, she personally knew Hansa Wadkar's daughter. From her, she gathered details on her own and worked hard on her character in Bhumika. Of course, I used to sometimes get the feeling that she was not being serious enough about the film. But that was wholly my apprehension.

It fetched her, her first National Award, that too at such a young age. I think it was the National Award that helped Smita make up her mind about taking acting seriously. Till then, there was some hesitancy on her part. It used to bug me a bit. I had decided on Vanushree playing the main role in Kondura, while Smita was to take care of the film's costumes, but later I cast her in a role too. She once told me that she wanted to assist me in direction, but by then she was signed up by Ramesh Sippy for Shakti (1982) and became a sought after actress in both kinds of cinema.

When she initially, started work in Mandi (1983), she was wary and upset about her role. She harboured the feeling that I wasn't treating her role right and she told me about her misgivings. I was upset with her for she had begun coming on the sets with her special make-up man, which was something just not done in our unit. But eventually, it all got sorted out.

I wouldn't say that she was in awe of me, but yes, she looked upon me as a mentor. Her real mentors have always been her parents, Still, she did trust my judgement about her and therefore paid heed to what I said.

The girl had so many interests she should have exploited, like literature, for instance. And there was an aesthetic side to her that was very rich and natural. She had a very fine taste in clothes, colours, fabrics, decor, books, interiors and music. Her social interests, such as women's causes also grew with time. This must have been largely because of her family background.

I have always said that an actor's career depends on several external factors. An actor or an actress does have a choice of roles, but it can often be a Hobson's choice. You may get roles by the bushel or you may not get them at all. All of them do not have the fortune of choosing their kind of roles or say, "I'll do this kind of a film, and not that." So, I didn't feel upset when Smita put on wings and went to commercial cinema. After all, an actress too, like a filmmaker has to eventually survive!

Between Shabana and Smita, the two of them changed the entire concept of the film heroine. They were both unconventional beauties. Before them, the Indian cinema heroine had to be fair-skinned. These two came and shattered that myth. Another myth that they broke was that heroines had to be wilting lilies. They added a whole new dimension to the persona of a heroine and therefore opened the floodgates for their successors. Smita was a vital part of my noveau cinema movement. I miss her as an actress even now. But more than that I miss her as a person.

This article was originally published in December 1991's supplementary issue of Junior G magazine titled Smita Patil's Memoir. The images used are taken from the original article and the internet.
445 views