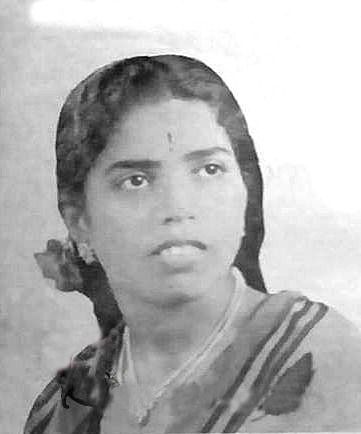 Madhubala had sharp, high pitched voice with distinctive enunciation that sounded sweet and pleasing in lower notes, but otherwise and in particular in 3rd octave, she sounded very shrill. Most of her memorable songs were duets with Talat Mahmood and the contrasting timbres of their voices made them perfect collaborative vocalists.

Madhubala faded into oblivion in the late 50s.

What happens when a youngster suddenly rises to fame overnight while still in teens? What are her reactions? Many times I have found that success at an early age, and that too overnight success, turns many young stars into insufferable snobs. They completely lose their sense of balance and develop an ego which is dangerously inflated.

But young Madhubala Jhaveri, a rising playback singer, is entirely without any false illusions about herself. Her attitude is one of simplicity, modesty and sincerity. Every time I meet her, I wonder, “will she always remain the same?” To me it seems that there is every chance she will.

Madhu comes from a well-known family of musicians and dancers. Her mother is Shrimati Hirabai Jhaveri and her aunt, Sharmala Margoankar, both singers of renown who have been heard frequently over All India Radio. But though Madhu was born and brought up in an atmosphere of music, it was not till she had passed her matriculation that she seriously thought of making a career of music. She began studying classical music, but soon gave it up when she discovered the labour and concentration it involved. She decided instead, on the J.J. School of Arts.

However, fate works in strange and ironic ways. A chance performance brought her to the notice of music director Hansraj Behl. He was busy composing the music for Apni Izzat, and thought he might try her out. Madhu’s debut was an impressive one and her songs were so well rendered, the industry immediately took notice and sat up. After that, she lent her voice to many established stars and today the verdict is, “another Lata has been born”. Madhu’s latest is Dana Pani.

Asked about her opinion on the profession, Madhu spoke dis-favorably about the playback singers’ association. “We have an office and a peon or two, but nothing beyond that,” she remarked. “As a new project”, she continued, “it evoked a great deal of enthusiasm but soon sagged.”

In order to get rid of her Marathi accent and be able to sing in Hindi and Urdu, Madhu is taking lessons in the two languages. Now she takes a very keen interest in Urdu literature.

Time and experience are sure to bring young Madhubala Jhaveri fresh laurels and in the years to come one is certain she will not change from her present modest and soft-spoken self.

Cinemaazi thanks Sudarshan Talwar and Cineplot for contributing this article. It was first published in The Indian Woman’s Trend (1953).
The poster of the film used is from Cinemaazi archive and was not a part of the original article.
852 views