Kadar Miya, an ordinary Tangewala from the hutments lives by his faith and Idealism. With great efforts, he makes "Gopal", the son of his old master- a Doctor, who is supposed to give Life, not to take Life.

Kadar Miya is happy when he believes that his dream is being fulfilled.

But Gopal is even now constantly haunted by the tragedy that took place in his childhood. His youthful elder sister Sita and his younger brother Jagan were abducted by villainous Gulshan and his men Patel and Rangi. Gopal's mother dies with this shock, before innocent Gopal's eyes. This tragedy leaves a deep and unreasonable scar on Gopal's heart and mind. Revenge becomes his motto.

One day, in college Gopal and Radha, meet. Initially, they quarrel with each other. Then Radha professes her love for him. Gopal explains to Radha that there is no place for love in his life - he has a mission to fulfil.  Radha who is as obstinate and adamant as Gopal, pursues her love, but in vain! Unintentionally, Radha leads Gopal to Villain Gulshan one day.

Now, the devil in Gopal's heart, which was hidden so far, rises to its height.

He is enraged and won't settle for anything but vengeance.

- Does Radha get her love back?

- Does Gopal succeed in throwing away the devil in him?

- Does Kadar Miya see his Gopal as a complete human being?

Wait and watch on the silver screen. 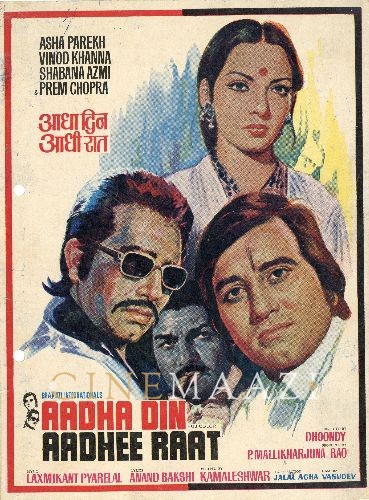