A child is the most wonderful possession of a mother. From the days of our religious epics to the present times, the bond between a mother and a child has been known to be the strongest. It has withstood the test of time and has emerged as the most beautiful emotional relationship.

'Aulad' is the story based on the same emotion, yet with a difference. It deals with unprecedented love of two mothers for the same child. Strangely enough, both the mothers are justified and their love unquestionable.

Anand (Jeetendra) a multi millionaire comes across a very poor girl Devki (Sridevi) who has seen nothing but misery all through her life. Yet she is a girl with self respect and grit. Her outward shabby appearance is absolutely in contrast with the beauty of her character. Anand falls in love with her and irrespective of her status and poverty, marries her. Their married life is heaven on earth. Very soon these two good hearts are expecting a third one in their family.

At this stage, they happen to meet another happily married couple Yashodha (Jaya Prada) and Vicky (Vinod Mehra), who are also awaiting the arrival of their young one. But Devki gets blessed first and gives birth to a son. The atmosphere is charged with happiness, when the cruel hands of destiny cuts short this reason. There is a devastating accident in which on one side Devki dies and on the other, Yashodha loses her husband. Yashodha's only hope in life now is the baby she is expecting. But the fate doesn't spare her here also. She gives birth to a still child. Anand who himself grieving the loss of his wife is further struck by Yashodha's tragic plight. He knows that after coming to consciousness, Yashodha will ask for her child and the tragic news can be fatal for her also. Anand's humanity goads him to give his own child to Yashodha and he takes an oath from the doctor concerned that Yashodha will never be told that her own child was still born.

Child and mother are so much attached that no human effort can ever separate them even for a day. Anand now becomes frequent visitor to their house just to get glimpse of his child occasionally.

But destiny had something else in store. Devki, who was supposed to be dead, returns. On one side it is the happiest reunion for Anand and Devki, on the other, Devki learns that she had lost her child five years back in the same accident. As if it was not enough, she gets the news from the doctor that she cannot bear a child any more. Her dream world drowns into darkness.

One day she happens to meet Yashodha and her child Kishen. Yet, in another meeting, she is strangely attracted towards the child. By and by she starts suspecting that there is some link between the child and her husband. And one day it dawns upon her that Kishen is her own son and whom Anand had given away to Yashodha. On the other hand, Yashodha, who was never aware of this fact, is shocked when she comes to know that she has to part with the child.

From this point, the drama achieves gigantic dimensions. Two mothers vying for their child. The father is trying to pacify both the sides. The child is craving for his foster mother and denying his love to his real mother. The conflict leads to an action packed climax on which hang three lives in balance.

'Aulad' will unfold to you the solution of this strangest emotional conflict ever presented on the screen. 'Aulad' is a high voltage drama, full of genuine emotions, hair raising situations and also a lot of comedy through a very interesting track of Saeed Jaffery and Asrani.

(From the offiicla press booklet) 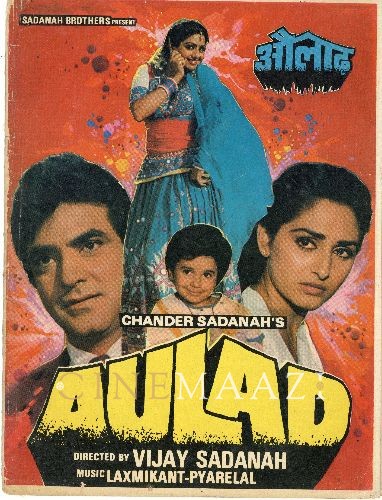 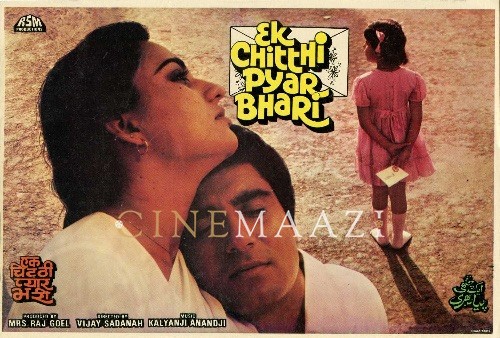 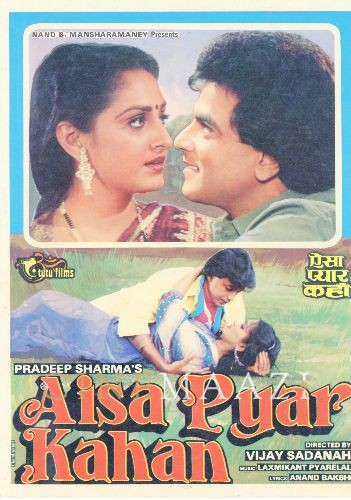 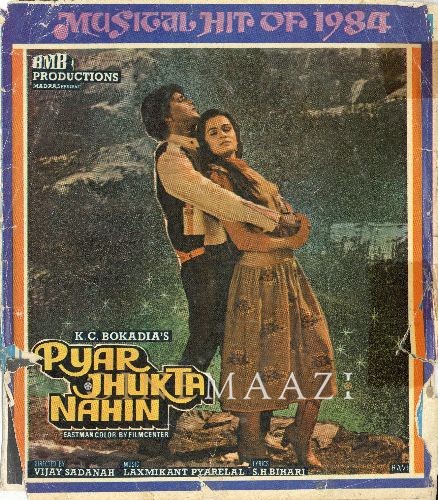