Beena, A charming young daughter of a village Zamindar, quarrels with her younger brother Ram over the youthful new headmaster of the village school. Ram, like all his schoolmates, is a great admirer of his headmaster, but his sister develops an unreasonable dislke for him.

The Zamindar is a victim of gout. He receives assistance in the management of the zamindari from his old friend Gokul who has his own reasons for appearing helpful. Gokul's only son Suresh comes back from England after a long absence. He is now a barrister-at-law. Beena is sent to receive Suresh at the village railway station.

It is many years since Beena had seen Suresh last. It is excusable, therefore, that on finding a nice young man coming out of the station, she mistakes him for Suresh and offers him a seat in her carriage. The real Suresh, an arrogant young man in English clothes and with 'bara-sahib' manners, appears on the scene and duly displaces him from the carriage. Beena is evidently sorry to part company with the stranger. She has taken an instant liking for him. Little does she know that he is Nirmal, the headmaster against whom she is so much prejudiced.

In accordance with the last wishes of his wife, the good Zamindar intends to make Suresh his son-in-law. To begin withm he gives Suresh the entire management of the zamindari. In characteristic fashion, Suresh sets about uprooting established customs, bullying loyal officials and stopping old grants under the pretext of efficiency and economy. He goes to the extent of prohibiting the Saraswati Puja at the local school after the boys have made all arrangements for this eagerly awaited annual celebration.

Nirmal goes to the Zamindar's house in the hope of having the ban lifted. At the porch, he meets Beena, who recognises him as the attractive stranger at the station, and greets him without in the least suspecting his real identity. Neither does Nirmal reveal his own identity; he knows from Ram what Beena thinks of the headmaster. And now, he encourages her to speak frankly about the hated headmaster.

Nirmal's mission is successful. Beena secures the permission for the Puja from the Zamindar, much to Suresh's displeasure, and Nirmal departs joyfully with his real identity still hidden from Beena and Suresh.

But Nirmal's pretence cannot last long. On the Puja day, Beena discovers the truth. She feels annoyed at having been fooled, but quickly realises the humour of the situation. In any case, her liking for the young man whom she had met at the station is stronger than her prejudice against the headmaster. So Nirmal wins her understanding - and, presumably, more than mere understanding.

The Zamindar decides to have a new school building adjacent to his house, and entrusts Nirmal with the whole work. With Beena sauntering in her garden gate, natural opportunities answer their hearts' secret desire for each other's company. Mutual liking soon assumes a deeper significance, and Beena is happy in absolute ignorance of her father's intentions to marry her off Suresh.

Suresh has grown to hate Nirmal as one who might well upset his own plan. Suresh wants to marry Beena, not because his profligate heart pines for her but because his greedy eye is set on her father's estate.

Crafty Gokul also realises that Beena's growing familiarity with Nirmal is a danger to his own plans about Suresh. He reminds the Zamindar of the last wish of Beena's mother, and the old Zamindar promptly fixes the very next day for Beena's betrothal to Suresh. The news shocks Beena, but she surrenders to what she regards as her mother's sacred command.

Next morning while waiting expectantly for Beena at the wicket gate Nirmal receives the staggering news from Suresh himself. He goes back to his work half-dazed and meets with an accident.

Complications follow. Beena, panic-stricken by the accident to Nirmal, pays a midnight visit to his room. Gokul learns of this visit and blackmails Nirmal into resigning his post and leaving the village immediately. At Ram's request, however, the Zamindar persuades Nirmal to postpone his departure till the new school building is completed.

The opening ceremony of the new school house is also a farewell party to Nirmal. That afternoon, Nirmal leaves the village, to the great sorrow of the schoolboys, the assistant master Bholanath and Bholanath's young daughter Gouri. Unable to bear the separation, Beena sends a letter to Nirmal to meet her secretly in the school building at midnight for an innocent word of farewell.

The same evening Suresh, whose suspicious mind has been imagining a conspiracy between Beena and Nirmal with the help of Ram and Gouri, drags Gouri to the new school by force to demand an explanation. There, a struggle ensues in which Gouri is wounded and falls unconscious.

Nirmal arrives on the scene at that moment in response to Beena's request and is cleverly trapped by Suresh. He refuses to expplain his presence there at that hour for fear of compromising Beena. Inevitably, therefore, he is arrested on a charge of attempting the murder of Gouri.

The very next night is Beena's marriage. Nirmal is in the lock-up. Gouri is lying unconscious with little hope of early recovery. The fateful night comes...the position is still the same, Wedding preparations are proceeding in full swing. Suresh arrives at the marriage pandal in a bridegroom's attire,happy and triumphant. Will villainy win the natural prize of gallant youth? 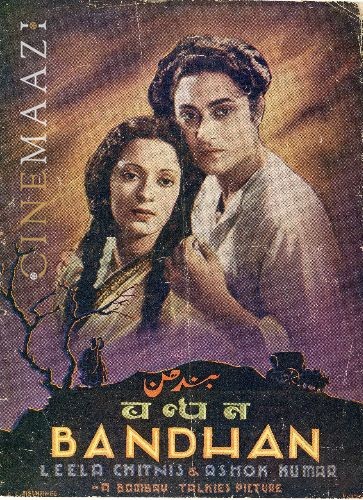 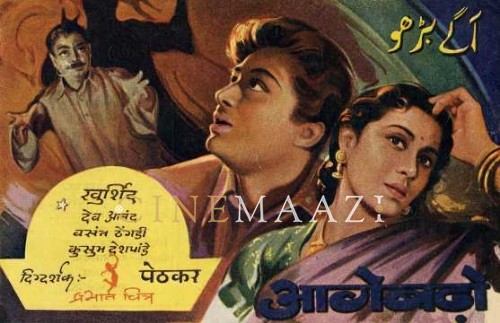 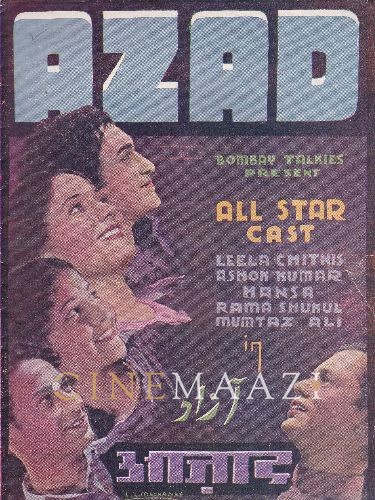