Dharamdas lves in a city with his wife Achla and son Rajoo. Inspite of being educated, honest amd hard working he remains unemployed. A stage is reached where he exhausts all his resources of borrowing and is not able to procure even a handful of rice.

One day he meets Manohar, an old friend, who is touched by his plight and offers him a job. On learning that his duties entail his looking after a gambling den his hopes, that has soared sky high, sink into an abyss. Howsoever, tempting the salary was it went against his grain to accept. He declines the offer. But on returning jhome he is faced with the grim realitites of life-impending eviction and starvation of his only child. He becomes desperate. Achla tries to encourage hi by offering her ornaments to get some breathing time. Dharamdas reluctantly agrees but fate has something else in store for him. As soon as he gets money by pawning the ornaments he is accosted by his creditor who snatches away the money. Dharamdas, with no choice left, accepts Manohar;s offer.

Easy money makes Dharamdas rich overnight. Achla wants to know the nature of his work but he gives evasive replies. Ultimately she comes to know that gambling is his profession. She tries to deter him from such a vocation. He refuses to do so. Achla, being a mother also, does not want to bring up her child with tainted earnings. She revolts and leaves the house.

Years roll by. Achla brings up Rajoo and Laxmi (who was born a few months after she left Dharamdas) in an upright manner in a small township.

On one hand Dharamdas amasses a huge fortune while on the other hand Laxmi comes of age but there is no money for dowry. Rajoo comes to know the true reasons of Achla's leaving Dharamdas. Rajoo leaves for the City to earn money to pay the dowry.

As luck would have it Rajoo is employed by her own father, neight aware of the identity of the other. Dharamdas highly impressed by Rajoo's honesty and integrity promotes hom as cashier and also gives him his old house to reside in. Achla, once bitten twice shy, becomes suspicious at Rajoo 's quick successes. She comes to the City to see things for herself. She insists on her meeting his boss. Achla exposes Dharamdas before Rajoo, who is placed in a quandry. Should he follow the trachings of his mother or follow in the footsteps of his father. He opts for the latter course.

Once again Achla is at the crossroads of life. Is she to forsake her principal and convictions to bring about a reunion? Or, as once before, is she to forsake her kith and kin? What path did she choose? Do ends justify means? Or, are Means just as important at Ends? The eternal problem of Ends and Means is sought to be answered in the inspiring finale of 'BEZUBAN'. See the same and judge for youself the correctness of the answer.

(From the officla press booklet) 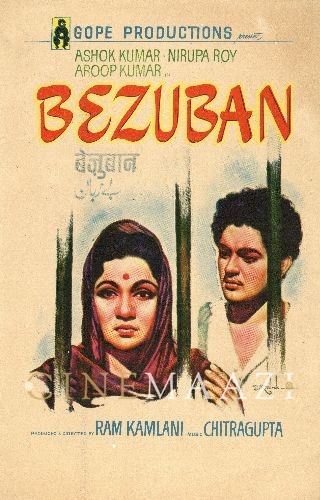 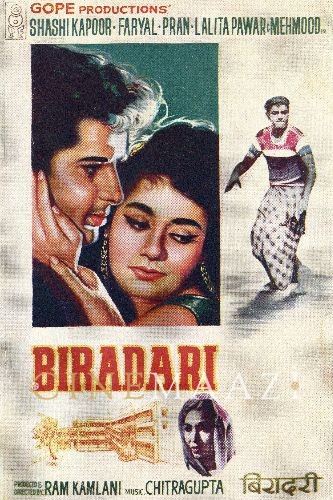