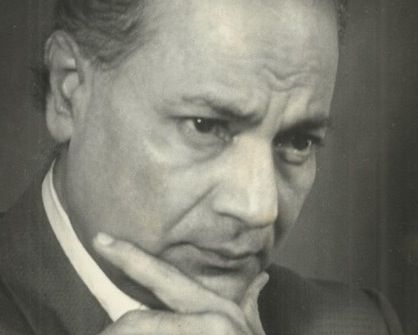 Mahesh Kaul was born on 10 April 1911 in Lahore in a Kashmiri family. He spent his childhood in Rajasthan where his father was employed in the State Service in Jodhpur. Later, he was adopted by his uncle, a police officer and he spent his boyhood moving from one place to the other, thanks to his foster-father’s frequent transfers. Matriculating at the age of 18, he joined college but left after his third year in college to teach English in a school in Nagpur. From a school-teacher, he became an insurance agent and after some time, a hire-purchase officer for the Jwala Bank. When the bank opened its branch in Nagpur, Mahesh Kaul was appointed as its manager.

Meanwhile, he was addicted to films more or less since childhood. His associations with a prince of Rajnandgaon, who owned movie cameras, projectors, and a sizable library of cinema literature, made Mahesh Kaul’s interest more active. He made the best use of that opportunity and acquired a sound knowledge of films and film-making.

His growing interest in films finally led to his leaving the bank job and setting out for Bombay in search of a film career. In Bombay, he began as a writer and joined Kishore Shahu who was already known to him. He next did a role in Bombay Talkies’ Naya Sansar (1941) starring Ashok Kumar and Renuka Devi. Later he became an assistant to director PY Altekar in the film Mahatma Vidur (1943). Here he got his first opportunity to participate fully in the making of a film where he worked on Hindi dialogues and lyrics as well. During this time, he also played a role in Debaki Bose’s Hindi/ Marathi bilingual Apna Ghar/Aple Ghar (1942).

In 1943, about two years after his arrival in Bombay, Mahesh got his first break as director and made his first film Angoori. This film was followed by Paristan (1944), a fantasy-comedy starring Pahadi Sanyal. His third film, Gopinath (1948) starring Raj Kapoor and Tripti Mitra, was a tragic story of a village woman belonging to a lower caste, played by Tripti Mitra, who falls in love with Mohan, played by Raj Kapoor, who is fascinated with a big actress Neela Devi, played by Latika.

While Talaq (1958) was nominated for the best film and best director categories in the Filmfare Awards, Sautela Bhai  (1962) was critically acclaimed for both his direction and Guru Dutt’s performance as an actor and won the State Award for the third-best feature film in 1962. Pyar Ki Pyas (1961) which was made before Sautela Bhai  (1962), was also a State Award winner.

Kaul returned to acting in Guru Dutt’s Kaagaz Ke Phool (1959) where he played the role of his westernized father-in-law, Sir B B Verma. Thereafter he acted in Vijay Anand’s Tere Mere Sapne (1971). Both Diwana (1967) and Sapnon Ka Saudagar (1968) starring Raj Kapoor, took years to complete and failed to create an impact on the screen. In 1969, film Rakhi Rakhi was released that he made for FTII. His last film Agni Rekha starring Sanjeev Kumar and Sharada was released posthumously in 1973 and completed by Hrishikesh Mukherjee when he passed away on 2 July 1972. 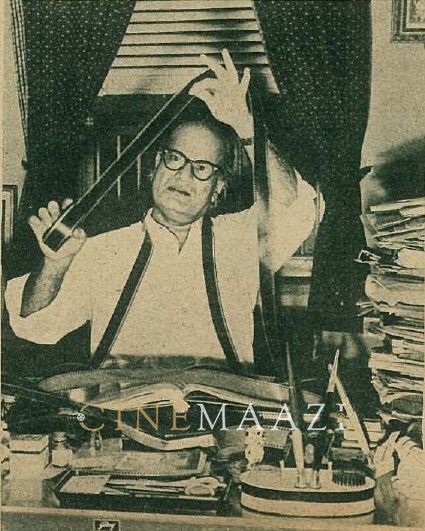