Across the oceans, in the city of skyscrapers and modern medicine, is born and ripped asunder a love story that is cemented again by the eternal sorrow and pain so characteristic of our India.

Ravikant Sharma sees visions of a day when he will be able to serve the poor countrymen in India. The opportunity arises when he is offered the job of a cancer surgeon in the Tata Memorial Cancer Hospital in Bombay and he is excited at the prospect of returning to India with his wife.

But his dream is in conflict with the dream of his wife-she, too, has a vision-of  the day when she would find cure for cancer of the blood and she cannot give up her research work to accompany her husband to India. She has to stay in America, indefinitely and Dr. Ravikant Sharma has decided to stay in India- forever. There is only one course left open for the loving couple-parting! Divorce! Separation forever, to pursue their individual dreams!

Ravikant Sharma comes to India and tries to forget his pretty, young and loving wife as he plunges in his dedicated work of serving and curing the poor cancer patients. Soon, he marries the daughter of one of them-a humble girl named Asha Bharadwaj.

Asha is a home loving wife-she looks after his every need, transforms his home into heaven. But Dr. Ravikant Sharma is not destined to enjoy a happy married life even in a second attempt- after giving birth to a daughter. Asha dies that very moment in the maternity ward of a hospital, while her husband is in another hospital, trying to save another patient’s life.

The death of his second wife places heavy, emotional responsibility on Dr. Ravikant Sharma, of bringing up his daughter Khusboo. The child grows up to be a loving girl, who fills the vacuum in his life. The child ministers to his every need as the wife used to do-and once again the sun of happiness shines in his life.

Then, unexpectedly, dark clouds of tragedy gather all around him. His daughter takes ill and is diagnosed as a victim of dreaded blood cancer-Leukemia. There is only one ray of hope-treatment in America. The child has to be flown to New York and Dr. Ravikant Sharma takes his seriously ill daughter to America and gets her admitted to a hospital for treatment of cancer of the blood.

And, then to his surprise, the doctor treating his daughter is none other than his former wife, Anuradha Sharma, who has been spending all these years pursuing her obsession of finding a cure for blood cancer. And she now takes charge of Khusboo-and recommends a bone marrow transplant operation as the only course offering a reasonable chance of survival for Khusboo.

Pain is many splendored things-a bond stronger than pleasure and in the shadow of tragedy the separated husband and wife face each other again. 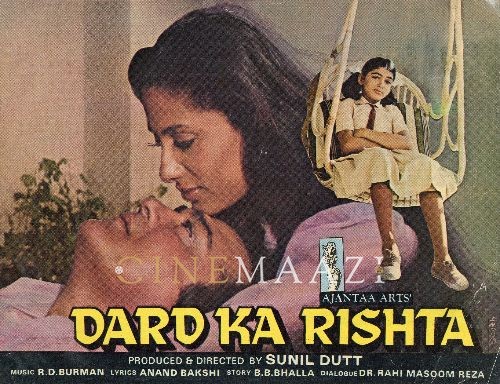 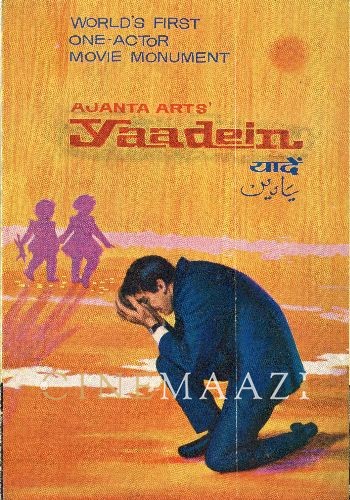