Ever since she was a small child, Roshni (Sreedevi) had only one question which haunted her-who here father was. This was one question that no one has answered for her, father was. This was one question that no one has answered for her, and certainly not her mother. She grew up leading a very restricted life at home, not really conscious of how beautiful she was, or how well she sang. This musical talent of hers was promoted by Rahul (Rahul Roy) a charming young man, who seemed to be head over heels in love with her, and who appeared to have all the connections to launch her into a musical career. She became an instant star, and the crowds went wild over her, throughout the country. An unlikely fan of hers was Jagan nath (Sanjay Dutt), the man who was the principal black marketeer of her show tickets. He not only fell in love with her, but he started following her around everywhere. When she spoke to him about this, he said, with all sincerity, that he wanted to marry her. She wanted laught at him, but didn't, realizing that he was genuine in his emotions. She tried to make him understand that between the rich and the poor, any relationship had a tough time sustaining, certainly a romantic relationship had no chance where there was such a difference in class. He laughed at her notion, and said that if money was bothering her, then he could get her whatever she wanted in no time at all. Indeed in no time at all, Jagannath brought to her a Mercedes Benz to take to her bungalow - both the car and the house he said, he had bought for her. But how had he done that, she asked shocked. Almost innocently he said that he had robbed a bank. She was stunned, but touched that Jagganath had done such dangerous thing for her sake. Jagganath managed to run away from the police, who were after him, but now he was quite sure that Roshni was the girl for him.
It was at this time that Roshni's mother fell terminally ill, and before dying she told her daughter what she had hidden all this time: The identity of Roshni's father. He was Prakash Chadda (Anupam Kher) who had to flee the country years ago, on the charge of being a traitor. With Rahul to help her, Roshni traced Prakash Chadda to Hong Kong. When she spoke with him on the telephone, he refused even to identify himself properly. In desperation, Roshni decided to go to HongKong to meet her father in person. Unknown to her Rahul was a playboy, who used girls with whom he had affairs, as unknowing drug traffickers - and this was what he tried to do with Roshni too. He put drugs in her box, but as she arrived in HongKong she was caught, and put into prison. Rahul, in panic disappeared. In HongKong, carrying drugs was an offence which was punishable by the death penalty, and that was what Roshni was charged with.
Jagganath who had meanwhile run off to HongKong, came to know of Roshni's capture. He came to the jail and assured Roshni Roshni that he would get her out. He got in touch with Prakash Chadda, since the latter was a lawyer. Jagganath made him fight for his daughter in the court. Still not revealing his identity, Prakash tried his utmost to get his daughter released. When he did not succeed, and everything seemed hopeless, Jagganath who could go to any desperate level for Roshni, managed to get himself jailed. Now Prisoners together, Roshni fell in love at last with Jagganath, and how together they escaped from the jail - and from certain death - forms the string finale of Gumrah. 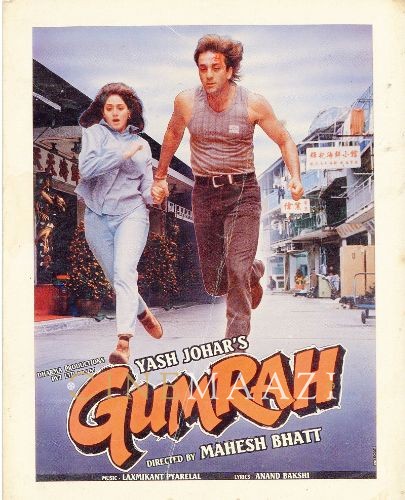 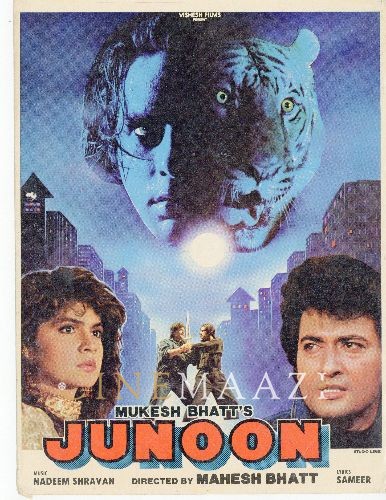 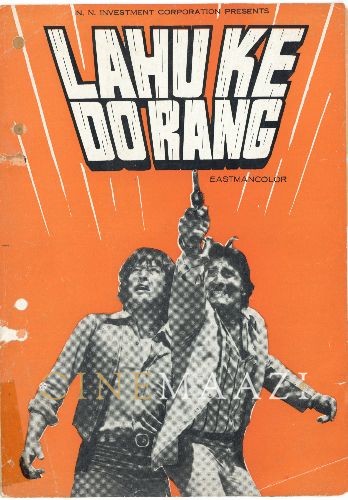 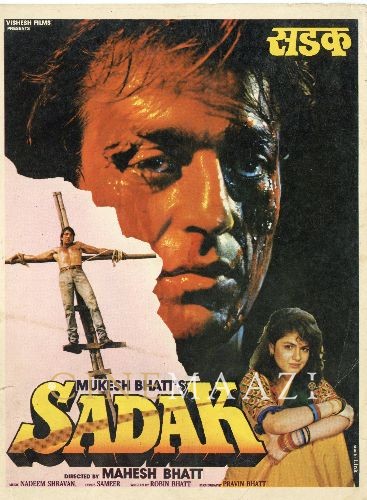