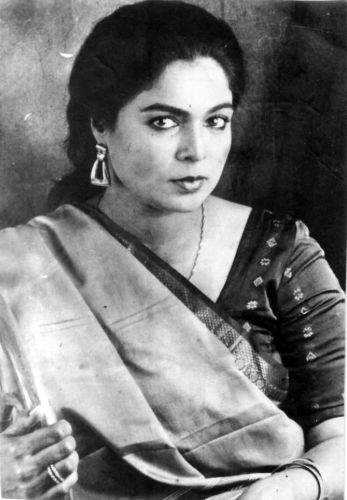 Ushering in the ‘new-age mother’ in Hindi cinema, imbuing every role she played with depth, Reema Lagoo broke the mould of the stereotypical mother in Hindi films. Her performances reflected the change in women and mothers in present society, whether being a friend and confidante to her children, playing a single working mother who advises her daughter to pursue her dreams of becoming successful rather than be compelled to marry, to even operating the laptop and surfing the net. Reema Lagoo is most recognised and remembered for her roles in Hindi films such as Qayamat Se Qayamat Tak (1988), Rihaee (1988), Maine Pyar Kiya (1989), Saajan (1991), Gumrah (1993), Jai Kishen (1994), Hum Aapke Hain Koun..! (1994), Yeh Dillagi (1994), Dilwale (1994), Rangeela (1995), Rangeela (1995), Kuch Kuch Hota Hai (1998), Hum Saath-Saath Hain (1999), Vaastav: The Reality (1999), and Kal Ho Naa Ho (2003). Her contribution to Marathi cinema and theatre is also noteworthy, with films such as Reshamgaath (2002), and Janma (2011), for which she was awarded the Maharashtra State Film Award for Best Actress. She was also awarded the V Shantaram Award by the Government of Maharashtra for her contribution to Marathi cinema. She became a household name with the successful TV sitcoms Shrimaan Shrimati, and Tu Tu Main Main.

Born Nayan Bhadbhade in Pune in 1958, she grew up witnessing the magic of the performing arts via her mother, Mandakini Bhadbhade, who was a Marathi stage and film actor. She made her debut as a child artiste, acting in in several films including Masterji (1964) with Durga Khote, who was one of the screen’s most popular mothers. Impacted by Khote, who was the director of the film and made the young actress feel comfortable on the sets, she felt she belonged. Her acting abilities came to attention when she was a student at the Huzurpaga HHCP High School in Pune. Taking to acting professionally after completing her secondary education, she also went on to be employed by the Union Bank of India in 1979 for ten years in Bombay, also featuring in television and films. She had made her mark in Bombay as part of P L Deshpande’s popular play Ti Phularani, which was an adaptation of My Fair Lady. Performing on the Marathi stage, she also completed her Masters in Psychology, even while working.

Films beckoned and she debuted in films with the Marathi film Sinhasan (1979). When performing in a play at Bombay’s Prithvi theatre, she was spotted by Shashi Kapoor, who offered her a role in his production Kalyug (1981), directed by Shyam Benegal. Finding it hard initially to adjust to the ‘culture shock’, she did a few films such as Chatpati (1983), and Nasoor (1985), staying employed in her bank job. Early in her career itself she accepted the role of mother in Qayamat Se Qayamat Tak (1988), and ended up dissatisfied by how small her role ended up being. She returned to Marathi theatre, featuring in teleplays, working as a newsreader, and also modelling for advertisements.

The following year, Reema Lagoo was suddenly in the limelight with the release of Maine Pyar Kiya (1989), which became a huge hit. Her role as the understanding, sympathetic mother Kaushalya Choudhary quickly established her as one of the Hindi film screen’s favourite mothers, alongside popular choices such as Nirupa Roy and Farida Jalal. However, her roles as mother in a largely patriarchal society are both varied and interesting, reflecting the changing face of motherhood in Hindi films. If she was the sexually assertive mother in Rihaee (1988), she played a single parent in Mahesh Bhatt’s Aashiqui (1990) who lives her life with great dignity even after her husband abandons her. In Vaastav (1999) she grabbed attention as the strong mother of a troubled criminal, while in Karan Johar’s Kal Ho Na Ho (2003), she displayed enormous strength as the single mother of a terminally-ill son. Thus, far from being typecast in mother roles, she imbued complexity to the roles she essayed, reflecting the shift in the representation of mothers onscreen.

Continuing to reinvent herself, Reema Lagoo embraced new roles and opportunities, whether on film or television. Her yearning for variety which saw her essay the role of a dancer in Aakrosh (1980) and a cold-hearted businesswoman in Yeh Dillagi (1994), also saw her hoping that filmmakers would shift their attention to making movies around middle-aged and older people that would include elements of romance, pathos, joy and fun, similar to roles played by actresses like Judi Dench and Meryl Streep in Hollywood.

A notable presence in Marathi cinema and theatre, her contribution was considerable. She won the Maharashtra State Film Award for Best Actress for her performance in Reshamgaath (2002), while her role in Janma (2011), as the single mother who will go to great lengths to save her leukemia-stricken daughter, received widespread praise. Acknowledging her contribution to Marathi cinema, she was awarded the V Shantaram Award by the Government of Maharashtra.

Carving a successful career in television in both Hindi and Marathi languages, she had debuted on the small screen in 1985 with the successful Hindi series Khandaan. She gained considerable popularity for her roles as Kokila Kulkarni in Shriman Shrimati, and as Devaki Verma in Tu Tu Main Main, which won her the Indian Telly Award for Best Actress in a Comic Role. Appearing in Lakhon Mein Ek (2012) and Naamkarann (2016), she also featured in the Marathi show Maanacha Muzra, which honours Marathi personalities.

Theatre remained her passion not only for its power to keep her on her toes as a performer but also for its element of ‘natya prayog’, which allows an artiste to improvise and improve every time.

On the personal front, she met her future husband Vivek Lagoo in 1976 when they worked together in the same bank; both were also inclined towards theatre. They married in 1978. Post marriage, she adopted the name Reema Lagoo. Vivek was also an actor and director in Marathi cinema. The couple later separated. Their daughter Mrunmayee is also an actress and theatre director. 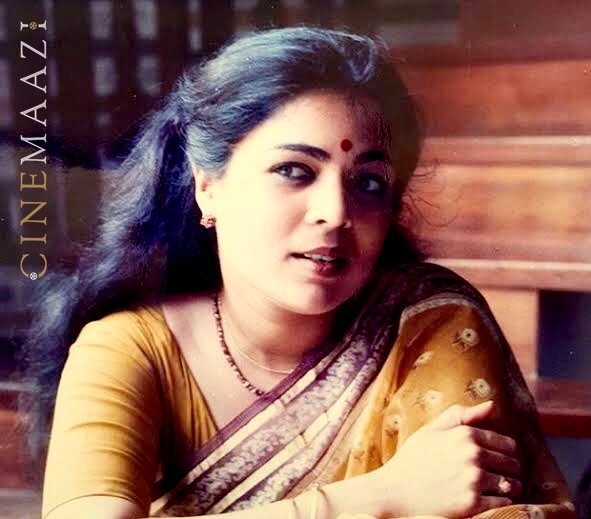 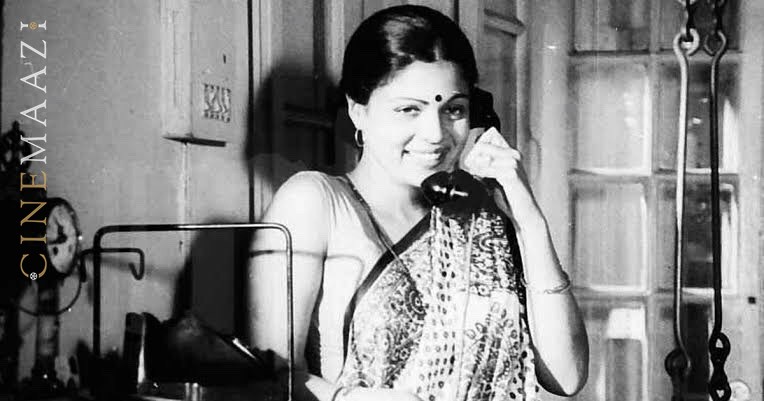 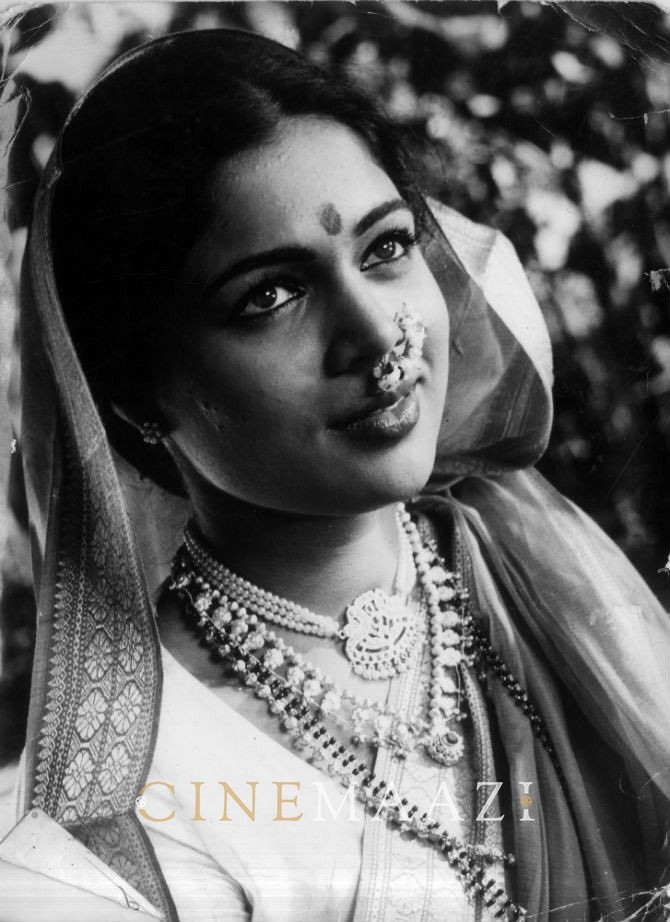 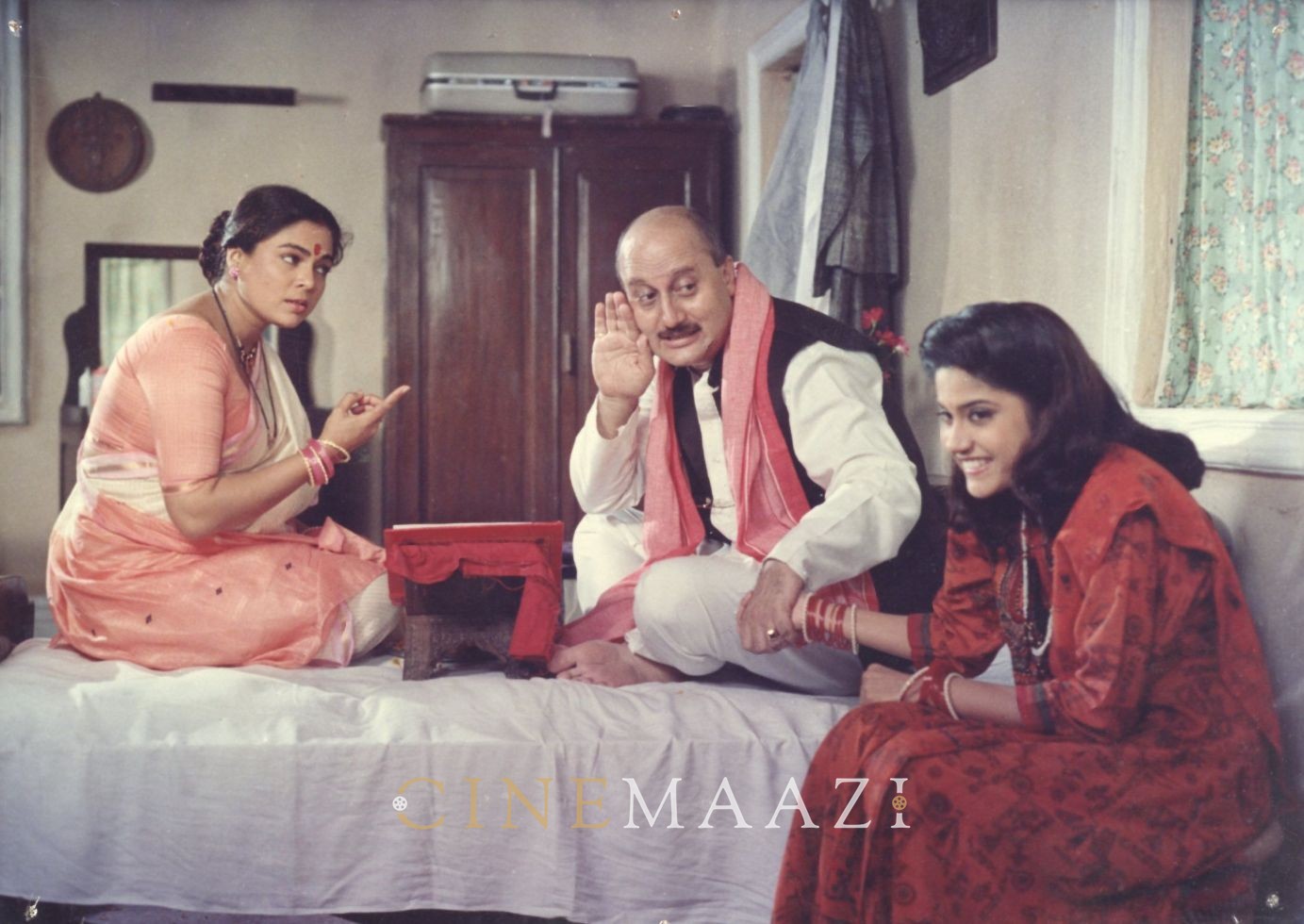