Film producer Yash Johar is known for the enormous goodwill he enjoyed in the Hindi film industry, as well as for his richly-mounted productions that showcased family values and traditions. He began his career in films in 1962 with Sunil Dutt’s production house, Ajanta Arts. He went on to work with Dev Anand’s Navketan Films, before launching his own production house, Dharma Productions, in 1976. His banner’s Dostana (1980) was a huge hit, followed by successes such as Agneepath (1990), Gumrah (1993) and Duplicate (1998). Dharma’s Kuch Kuch Hota Hai (1998), directed by Johar’s son Karan, won extraordinary success, followed by superhit Kabhi Khushi Kabhie Gham (2001), and the critical and commercial success Kal Ho Naa Ho (2003). It was the last film Yash Johar personally worked on.

He was born on 6 September, 1929 in Lahore, Punjab, British India into a Punjabi family. Starting his career as a photographer, he moved to Bombay to join Sunil Dutt’s production company Ajanta Arts in 1952. He was associated with films such as Mujhe Jeene Do(1963) and Yeh Raaste Hai Pyaar Ke (1963). He went on to be associated with Dev Anand, helping handle the production of his film Guide (1965), which was acclaimed critically and also successful commercially. Johar continued with Dev Anand’s Navketan Films, handling the production of films such as Jewel Thief (1967), Prem Pujari (1970) and Hare Rama Hare Krishna (1971). In the 60s, he also worked on Filmalaya’s Love in Simla (1960), Nasir Hussain’s Jab Pyar Kisise Hota Hai (1961), and I S Johar’s Johar-Mehmood in Goa (1965).

In 1976, he founded his own production company, Dharma Productions. The first film produced by the company, Dostana (1980), directed by Raj Khosla, was a huge success at the box office. An action drama written by Salim-Javed, it starred Amitabh Bachchan, Shatrughan Sinha, and Zeenat Aman in lead roles and Prem Chopra, Amrish Puri, Helen, and Pran in supporting roles. The film became the fourth highest-grosser of the year, and also went on to be remade in Tamil. The film also marked the start of a deep friendship between Bachchan and Johar.

Johar’s company produced a handful of other films in the 1980s and early 1990s, including Agneepath (1990), Gumrah (1993) and Duplicate (1998). His Muqaddar Ka Faisla (1987), starring Raaj Kumar, Rakhee Gulzar, and Raj Babbar, told the tale of the God-fearing Pandit Krishna Kant who loses everything and turns to a life of crime after his landlord tries to rape his wife, and tears his family apart.

Johar’s Agneepath, directed by Mukul Anand, starred Amitabh Bachchan with Mithun Chakraborty, Madhavi, Neelam Kothari, Rohini Hattangadi and Danny Denzongpa. Inspired by the life of Mumbai gangster Manya Surve, the title of the film was taken from a poem of the same name penned by Harivansh Rai Bachchan, Amitabh's father. It is recited at the beginning of the film, creating a thematic link that continues through the film, particularly in the climax. Although the film did not succeed at the box office, it has grown into a strong cult film over the years. The film was remade in 2012 with the same title, by Johar's son Karan Johar, as a tribute to his father.

Yash Johar’s production house saw unprecedented success with Kuch Kuch Hota Hai released in 1998. The directorial debut of his son Karan Johar, the film starred Shah Rukh Khan, Kajol and Rani Mukerji. It went on to become an all-time blockbuster, and also one of the biggest hits of the year particularly in the overseas market. Critically acclaimed as well, it won major awards in all categories including the Best Film award at the 44th Annual Filmfare Awards, Lux Zee Cine Awards, Sansui Viewers' Choice Awards, Bollywood Movie Awards and the National Film Awards. Its mega success made Dharma Productions internationally recognized.

Johar’s Kabhi Khushi Kabhie Gham in 2001 starred six big stars - Amitabh Bachchan, Jaya Bachchan, Shah Rukh Khan, Kajol, Hrithik Roshan and Kareena Kapoor. The film tells the story of a family, which faces troubles and misunderstandings over their adopted son's marriage to a girl belonging to a lower socio-economic group. Promoted with the tag-line ‘It's All About Loving Your Parents’, it emerged as a major commercial success, both domestically and internationally. It also won several awards at popular award ceremonies the following year, including five Filmfare Awards. The film was said to be Yash Johar’s favourite.

His next production was Kal Ho Naa Ho in 2003. A romantic comedy-drama film directed by Nikhil Advani, written by Karan Johar it starred Jaya Bachchan, Shah Rukh Khan, Saif Ali Khan, and Preity Zinta. It told the story of Naina Catherine Kapur, a pessimistic and uptight MBA student, living in New York City. She falls in love with her neighbour Aman Mathur, a terminally ill patient who tries to set Naina up with her best friend Rohit Patel, since he fears she will grieve for him if he reciprocates her feelings. Promoted with the tagline, ‘A Story of a Lifetime ... In a Heartbeat’, it received positive critical feedback and was commercially successful. The highest-grossing Indian film of the year, it explored several themes such as the depiction of non-resident Indians, inter-caste marriage, terminal illness, and homosexuality. It won two National Film Awards, eight Filmfare Awards, thirteen International Indian Film Academy Awards, six Producers Guild Film Awards, three Screen Awards, and two Zee Cine Awards in 2004. This was the last production in which Johar was involved.

Yash Johar was also a senior member of the Film Producers Guild of India. He also produced Hollywood films such as The Jungle Book in 1994, Last Dance in 1996 and Armageddon in 1998. He had also worked with German-Austrian filmmaker Fritz Lang and British movie maker Arthur Ranks.
Married to Hiroo Johar, sister of filmmaker Yash Chopra, the couple’s son Karan Johar is a successful film director and producer.

Yash Johar passed away on 26 June, 2004 in Bombay, aged 74, of a chest infection; he had also been fighting cancer. After his death, his son Karan took over the reins of Dharma Productions. 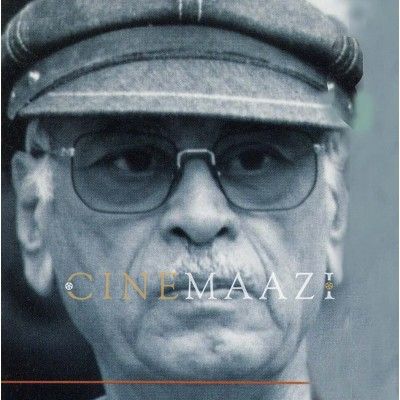