Puja of Bhawani was in full swing. The Aarti was over and Prince Bharat while taking the garland from the basket was bit by a serpent. But Bharat's step brother Prince Samar sucked the wound and the Prince Bharat was out of danger much to the relief of the Queen mother. Thus was the plan of Durjan-the scheming power-thirsty one usrup the throne was foiled. Durjan tried to fasten the blame on Maalati-the daughter of the Royal priest - but Goddess Bhawani came to the help of the Priest and real culprit was found in Meenaxi-the maid.

Pahadsingh the Dacoit was ex-commander of the State. He had a daughter Shivala. She had come to spy in the palace. But the moment she saw Samar she lost her heart to him.

Samari was a Lieutenant of Pahad Singh and had fallen in love with Shivala. He betrayed Pahad Singh-who was arrested. But ingenuity of Shivala enabled him to escape from the Darbar. Durjan's uncle the Commander of the State instigated the Queen to kill Samar by poison. But Prince Bharat exposed the lot and saved Samar. Samr was enraged at these development and took a vow that he would not enter the palace unless and until the captured Pahad Singh.

The Priests daughter Malati loved Samar and wanted to accompany him in his exile. Samar declined taking advantage of this situation-Durjan tried to commit rape on Malati-who in order to save her chastity jumped form the ramparts into the river. But she was miraculously saved and became Yogini.

Pahad Singh punished Samari heavily for his betrayal smarting under this and ilcting for revenge when an opportunity came he tried to molest Shivala. But Samar saved Shivala from his clutches, Samar could have taken revenge of Pahadi on Shivala, but because of a woman, he allowed her to go. Shivala's love for Samar increased because of his gallantry.

While wandering in the jungle, Samar comes to the temple where Malati was staying as Yogini. She offered him her love-but she declined.

The priest demanded from Durjan the whereabouts of Malati. Durjan denied all knowledge and wanted to prove his innocence. But he Queen disbelieved him and accused him of the crime. Seeing that Queen was taking sides with Priest, Durjan had the Queen and Prince Bharat put behind the bars.

Shivala's love for Samar was on the increase. Samar with the help of the Bhil managed to enter Pahad Singh's cave and was captured. But Shivala had him freed. Samar however said that he would not rest content till he had captured Pahar Singh.

Samar had also fallen in love with Shivala. But his vow prevented him from openly acknowledging it-and one day he was caught by Pahad Singh's men.

Both Samar and Shivala were anxious to meet each other-and old maid arranged their meeting-and helped them to escape.
Pahad Singh's anger knew no limits when he heard of this escape.

Malati-who was waiting for Samar-was surprised and shocked to see him coming to the temple with Shivala. Samar and Shivala stayed in the temple.

Fate had some surprise games in store. Saudamini the Queen was captured by Pahad Singh. Prince Bharat went in mad search after her. In the course of his search, he met Samar.

Enchained Saudamini is brought before Pahad Singh. He takes out his sword only to clash with Samar's sword. Pahad Singh felt a different sensation while fighting with Samar. His hand began to shake. Samar threw an iron mace at him-Pahadi threw a burning torch at Samar's face-scorching it very badly. An old maid on her last breaths-disclosed that Samar was Pahadi's son-which news upset Pahadi-tormenting him.

At this arrogant, Durjan emerged. That his statue he placed in place of the idol of Bhawani. He wants to enforce his decree, which the Priest resists. The temple is changed into a battle field. In order to set fire to the temple, Durjan throws a torch at the idol-but Queen Saudamini cuts its path. Durjan rushed to kill the Queen. People wants to take revenge-but Saudamini says, "It is my secred duty to finish this affair myself-and I will punish the offender-and alone for my sins. Mother and son tought each other. In the Queen mother's heart a fight was raged between maternal love and devotion to duty.

Who won? What happened to the scorched Samar? If Shivala was not Pahari's daughter, who was she? Who won the race of love-Shivala or Malati.

The screen will answer. 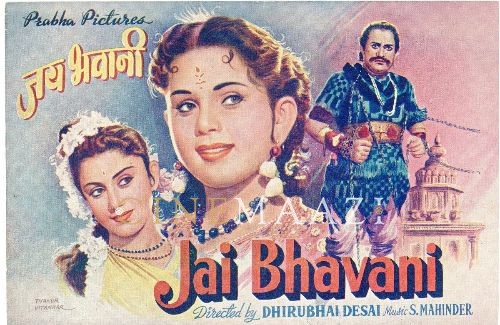 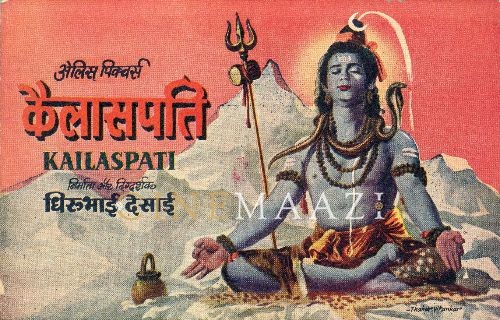 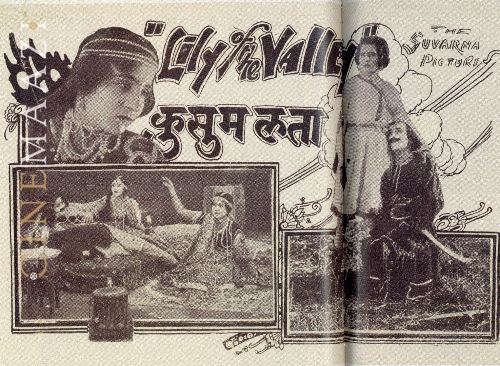 Kusum Lata (Lily Of The Valley)