JAWAANI KE GUNAAH is the story of a middle-class couple, Lakhpathram (Ram Mohan) & Bhagwati (Chand Usmani) who have five daughters with the hope of having a SON in the family.

In order to bring up the family, the middle-class couple face innumerable trials, turbulations, financial crisis which eventually leads the daughters victim of evil society who take advantage of them and the circumstances making their lives miserable day-in and day out.

Lakhpathram's earnings are insufficient to meet the requirements of the big family and has to borrow money regularly. He is constantly helped by his landlord (Babban) Lala Puranmal, for his financial assistance. A day dawns a huge mount is accumulated on the shoulder of Lakhpathram and helps him forego till debt in lieu of his elder daughter (Tina Ghai) Bindiya married to him who is as old as Lakhpathram.

There is no alternative left as Lala Puranmal has warned if he do not agree to his conditions, then he has to leave the house which means Lakhpathram has to take the shelter of the streets and roads. Bindiya sacrifices her wishes to defend the family and agrees to marry Lala Puranmal.

With the first major debacle in the family the couple are disturbed mentally and physically and the mother Bhagwati is bedridden. The city's doctor who is a social worker helps her in the purchase of the medicine which is been attended by the other daughter (Sridhara) Laxmi. While bringing those costly medicines home, she is hit by a road-loafter (Narendra) Gopal and the medicines are dropped down. She is in a fix medicines are important to be taken home for the ailing mother.

Gopal rescues her and promises to help f only she gives into his wishes. She agrees and finds her to be in a brothel doing flesh-trading prostitution.

The third daughter (Sahila Chadda) Asha wanting to support the family tries to search for a job meets a Don (Bharat Kapoor) Jethaa, who instead of providing a job in his organisation makes her his fiddle and takes advantage of her glowing youth. Although, Arun (Javed Khan) is in madly love with her, she cannot marry him because she is under Jethaa' spell who blackmails her and also kept under his clutches promising her of all the timely and essential help required to the family.

The youngster daughter (Mehnaaz) Vidya is engaged in the job of a maid-servant. The young son of the house cast his evil eyes on her who eventually has sexual attempts with a result she ispregnant. Altugh, he agrees to marry her inspite of his parents disagreements.

Right from the beginning to this stage of the story the family is sinking only because of poverty and mainly due to the gross-injustice of the parents who least realising that like males - females too have an equal status in life and went on producing children for their self desires.
Howe these five daughters tackle their lives, career, fmily from the evil circumstances forms the crux of the story 'HAWAANI KA GUNAAH'. How the father Lakhpathram realises his mistake which has created disaster not only to him but to his family has been knitted in JAWAANI  KE  GUNAAH. 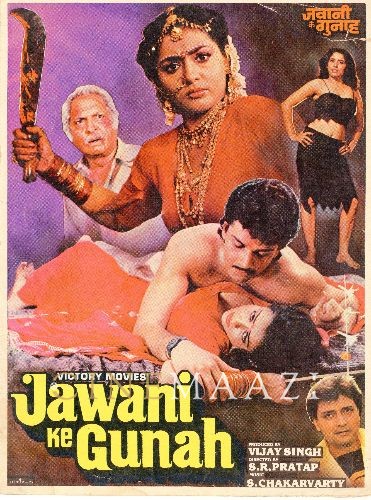 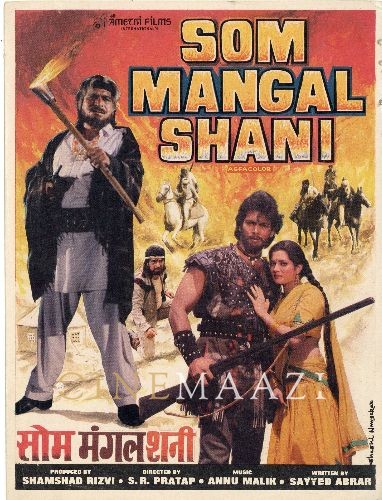 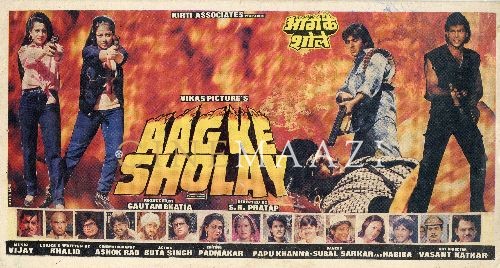