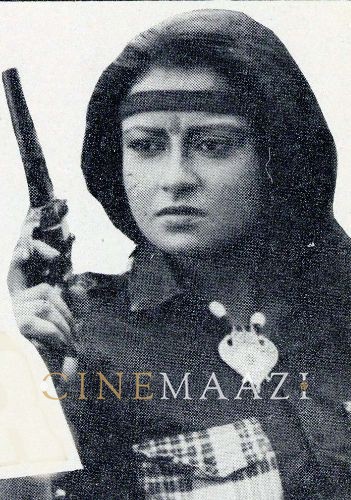 Hindi film and Bhojpuri film actress Sripradha—also spelt as Shree Prada—acted in several action and horror films in the 1980s and 1990s such as Purana Purush (1978), Sholay Aur Toofan (1993) and Aakhir Kaun Thi Woh? (2000). She worked with many leading names from the Hindi and Bhojpuri industry including Govinda, Dharmendra, Vinod Khanna, Gulshan Grover, Ravi Kishan and others.

Born Isha Naidu in 1967, it was filmmaker Mohan T. Gianni who re-named her Sripradha after combining the names of two famous actresses of the time—Sridevi and Jaya Prada.

She started her career with Purana Purush in 1978. Written and directed by G.S. Murthy, the cast of the film comprised Prabhakar, Manohar, and Anamika. This drama film deals with the concept of early man, living amidst rocks, in forests and caves. Two such groups—one living in the deep forests and the other, in the rocky terrain—are sworn enemies. However, the younger members of the two clans meet and fall in love with each other. Many of them are caught and sentenced by the high priests of the clans but on one occasion, a youth from the rival clan saves the old, aging leader of the other clan. This sparks a feeling of closeness which is soon followed by the marriage of a girl from one rival group and her lover from the other.

In Dilruba Tangewali, directed by S.R. Pratap, she starred alongside Hemant Birje, Deva and Krishna, while in Jawani Ke Gunah she featured with Rakesh Bedi, Sahila Chaddha, and Tina Ghai. In the Mohan Bhakri directorial Khooni Murdaa (1989) she featured along with Deepak Parashar, and Javed Khan. She played a character named Rekha in the film, which belonged to the horror genre. It revolved around the tale of a man, an obsessive lover, who, after being accidentally killed by some college students, returns as a living dead and starts killing them one by one.

In the action film Aag Ke Sholay directed by S. R. Pratap, she starred alongside Hemant Birje, Gulshan Grover, Vijeta Pandit, Sumeet Saigal, and Rashmi Inder. The film depicted the story of a landlord who murders a school teacher of his village because the latter protests against his crimes. A man returns to take revenge for the crime, and kills all the dacoits and the landlord.

The 1989 film Tu Nagin Main Sapera, directed by V. Menon, saw her feature along with Sonika Gill, Goga Kapoor, and Anupam Kher, while the Yash Chouhan directorial Meri Lalkaar (1990) featured her in a cast that included Sadashiv Amrapurkar, Bharat Bhushan, Puneet Issar and others.

Shaitani Ilaaka (1990), directed by Kiran Ramsay, featured her in this tale of an evil sorceress who feeds the blood of new brides to a Shaitan, an ancient and fearsome demon. The film’s cast also comprised Ranjeet Bedi, Sunil Dhawan, and Shehnaz Kudia.

She played a character named Geeta in the action film Andher Gardi, which starred Raj Babbar, and Kimi Katkar. Din Dahade (1990), directed by Yash Chouhan, saw her cast alongside Vikram Gokhale, Goga Kapoor, and Anil Kochar, while Bijlee Aur Badal (1991) featured her along with Rakesh Bedi, Sunil Dhawan, and Goga Kapoor. She acted in the horror film Hatyarin (1991), directed by Vinod Talwar, which starred Rana Jung Bahadur, Birbal, and Sunil Dhawan, among others.

She played a character named Sheetal in the action-crime drama Sapnon Ka Mandir (1991), alongside a cast that was headlined by Jeetendra, and Jaya Prada. Directed by Pradip Jain, the film told the story of Sanjay and Sangeeta, whose happy married life is destroyed when their only son is kidnapped. The main suspects are Gulu, who has always pursued Sangeeta, and a blind beggar called Maulah Baba.

Her 2000 release Aakhir Kaun Thi Woh was a horror romantic film directed by Bappu, about a female ghost, who is on a hunt to seek revenge. The cast included Raj Babbar, Sadashiv Amrapurkar, Raza Murad, and Jyoti Rana.

On the small screen, she featured in television shows such as The Zee Horror Show and Aparjita.

Sripradha passed away on 5 May, 2021 at MS Ramaiah Hospital in Bangalore, due to Covid-19 complications. She was 54.