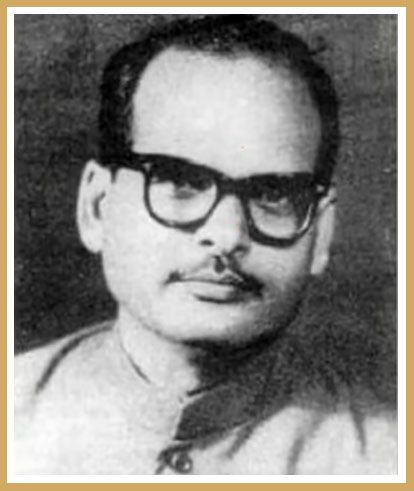 Prolific and innovative, Hindi and Bengali film director and screenwriter Phani Majumdar is known for his films such as Street Singer (1938) starring K.L. Saigal, Aarti (1962) and Oonche Log (1965). Interestingly, he also made the film Hang Tuah (1955) in Malay, which was nominated for the Golden Bear at the 7th Berlin International Film Festival.  Majumdar started off with leading director P C Barua at New Theatres Studio of Calcutta. He also scripted Prafulla Roy’s Abhigyan (1938). Moving to Bombay in 1941, he worked with Bombay Talkies making Tamanna (1942) with Suraiya, Mohabbat (1943) with Shanta Apte and Andolan (1951). He also made films in Punjabi, Magadhi (Bhaiya, 1961) and Maithili (Kanyadaan, 1965). His Oonche Log (1965) won the National Film Award for Second Best Feature Film, while his film Savitri (1961) won the All India Certificate of Merit for the Second Best Children's Film.

Born on 28 December, 1911 in Faridpur, now in Bangladesh, he graduated from Carmichael College in 1930. His first job was that of a typist. His first opportunity in cinema was courtesy renowned director P.C. Barua. Majumdar first worked as a stenographer and later as assistant director and scenarist for the P C Barua directorial, Mukti (1937). Majumdar then went on to work at the New Theatres Studio of Calcutta, founded by B.N. Sircar.

He made his first film as a director with K. L. Saigal. The film was the New Theatres production, made in Hindi as Street Singer (1938) and in Bengali as Sathi (1938). Street Singer added a new dimension to the K.L. Saigal persona, which had been initially moulded by Barua. The film also included Saigal’s biggest hit song, Babul mora. Moving to Bombay in 1941, Majumdar went on to work with Bombay Talkies Studio, making more socially conscious films. He directed Tamanna (1942) with Suraiya, Mohabbat (1943) with Shanta Apte and Andolan (1951). The late 50s saw him direct films in the Malay language, namely one of the earliest colour features Hang Tuah (1956) and Doktor (1958). The latter is based on a Sailajananda Mukherjee story with music by Pankaj Mullick. Like Balkrishna Narayan Rao, he made several features for Shaws Malay Film Prod. in Singapore. These included Kaseh Sayang (1957), a successful war film about the Japanese invasion; Rumah Panjang (1957), an English-Malay bilingual about Borneo headhunters shot on location, and his last film before returning to India, Circus (1959), a Chinese-Malay bilingual. Prominent Malaysian film-maker Jamil Sulong assisted Majumdar on six of the 8 films.

The 60s saw Majumdar also making films in other Indian languages such as Punjabi, Magadhi and Maithili. While he made the Hindi films Kanyadaan (1965), Akashdeep (1965), and Kaajal (1965), it was his fourth film that year, that was most appreciated—Oonche Log (1965). The film, which worked wonders for actor Feroz Khan’s career giving him the first hit of his career, also won the National Award for Second Best Feature Film in Hindi.

Majumdar also made many documentaries and children’s short films such as Saral Biswas (1960) based on Tagore’s poem, and Veer Purush (1960). He also won the India Certificate of Merit for the Second Best Children's Film for Savitri (1961), based on a popular story from the epic Mahabharata about Savitri, a young woman of virtue married to Satyavan, who manages to outwit the god of death Yama, and thus saves her husband’s life. He was also successful venturing into television, directing TV series such as Bulbul and the 52-episode Our India (1993). He also worked on the 78-part religious epic The Ramayana in the 1980s.

He was married to Monica Desai, sister of actress, Leela Desai.