"Kranti" tells the story of a father and son, both honest police officers who have the same goals but entirely different principles.

Awadesh Pratap Singh (Vinod Khanna) Commissioner of Police is a man who believes in living his life according to certain principles that have been laid down in the past and have never been changed since.

ACP Abhay Pratap Singh (Bobby Deol), is the able son of an able father. He lives life on his own terms and firmly believes that the laws written earlier were good for that time but had to be modified for being made effective in the current scenario. He is fighting alone battle to bring about a revolution in changing the law.

His motto is "NO FIR, NO ARREST, NO TALK, FAISLA ON THE SPOT". He has a girlfriend, Sanjana Roy (AMISHA PATEL) who has just returned from abroad and is writing thesis on the Mumbai Police.

Trouble comes in the form of a wealthy businessman Rana Pratap (KABIR BEDI), who will do anything to bring unrest and harm to the people of India. He has no principles for reaching his goal and will do so at any cost. When he realizes that he is being troubled by this young and daring ACP Abhay and by using his father, gets ACP Abhay jailed for offences he has never even committed. Abhay's imprisonment shatters the family and especially the mother (Rati Agnihotri) who cannot believe that her son could commit any such crime. The father who is convinced that his son has become criminal refuses to help but his wife who believe otherwise pressurizes him to bail Abhay out.

Abhay's mission after his release from jail is only to prove to his father that he is being used by this influential man who is planning to create unrest in the country for his own benefit at the cost of innocent people.

Abhay succeeds in proving a point to his father and a major calamity is averted just at the nick of time.

The commissioner understands the point of view of his son and agrees that the laws written earlier have to be implemented differently to suit our current scenario. Father and son now believe in the same motto of "NO FIR, NO ARREST, NO TALK, FAISLA ON THE SPOT". 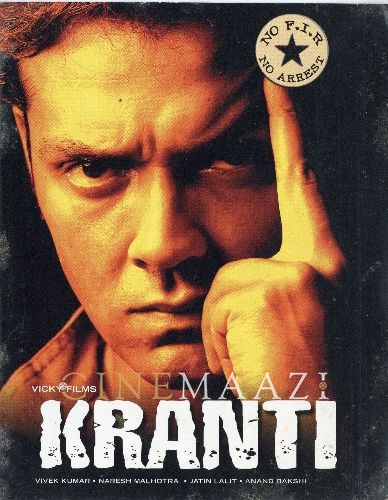