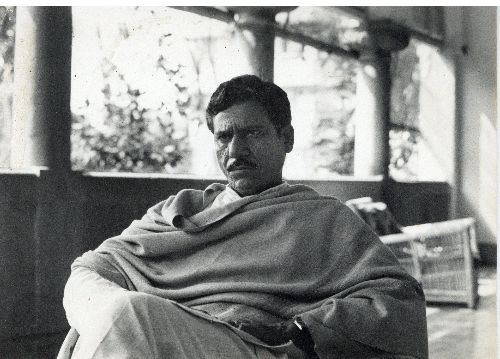 Recipient of numerous prominent awards, such as the Padma Shri, two National Awards, and also an honorary Officer of the Order of the British Empire (OBE) in 2004 for his contributions to the British film industry, actor Om Puri carved an illustrious film career, spanning over four decades. He is known for his many compelling performances in a variety of roles. Featuring in Hindi, Punjabi, British, and American films, he is particularly memorable for films such as Jaane Bhi Do Yaaron (1983), Arohan (1983), Aakrosh (1980), Ardh Satya (1983), Bhavni Bhavai (1981), Mirch Masala (1987), City Of Joy (1992), Dharavi (1992), Maqbool (2003), East Is East (1999), The Hundred-Foot Journey (2014), and Chachi 420 (1997), as well as television films Sadgati (1981) and Tamas (1988). Straddling art and independent cinema as well as commercial films, he is considered one of the finest actors of the Hindi film screen. An internationally acclaimed actor, one of the pioneers of parallel cinema, and a stellar performer, his versatility transcended borders. What’s more, behind his many successes lies an unglamorous tale of struggle and hard training to acquire the skills for which he went on to become famous.

Born 18 October, 1950, in Ambala, Punjab (now in Haryana), he hailed from a humble background. In the biography Unlikely Hero – Om Puri written by his ex-wife and author Nandita Puri, it is revealed that even as young as age five, Om would gather coal from the railway tracks and carry it home to be used as fuel. On one occasion, Om and his friend found an egg. He had never seen one before but his friend explained that it could be eaten. When his mother refused to let them enter the house with the egg, they used the empty oil tin can and wood she offered then, to light a fire outside, and boil the egg. Relishing the boiled egg, it was young Om’s first tryst with non-vegetarian food.
School itself was something of a luxury for Om. He was sent to a private school only when he was nearly 8 years old. Run by a teacher named Sadhuram, students from the first to the third standards were coached together, before they attempted to gain admission in a recognised school. He did succeed in making up for lost time, working hard at learning his multiplication tables, and practising his writing on a takhti or wooden slab.

Completing his schooling, Om initially desired to join the military like his father but, while attending Khalsa College in Patiala, Punjab, he discovered an interest in theatre. Joining Punjab Kala Manch, a local theatre company, he went on to enrol at New Delhi’s National School of Drama . He earned his degree in 1973, following which he also joined Pune’s Film Institute of India (now the Film and Television Institute of India).

Om Puri had struggled hard to survive in Bombay before the film industry let him carve his space. Coming to the city at the age of 26, he shared accommodation with his Film and Television Institute of India co-student, Naseeruddin Shah. After a fairly long period of struggle, Om Puri debuted in films with Ghashiram Kotwal (1976), the film version of Vijay Tendulkar’s sensational play of 1972. However, success and acceptance was not instantaneous and it was eight years later, with Govind Nihalani’s Aakrosh, that he won attention and acclaim. He won a Filmfare Best Supporting Actor award for his performance as a tribal man wrongly accused of murdering his wife. He followed it up with a string of award-winning performances. His performance in Shyam Benegal’s Arohan, portraying the challenges faced by a poor landless farmer, won him the National Award for Best Actor. His searing performance in Ardh Satya again won him Best Actor, with his portrayal of an honest police officer battling corruption considered a landmark in Hindi cinema.
Puri’s talent spread internationally as he went on to feature in films outside India. Appearing in Richard Attenborough’s Academy Award-winning film Gandhi (1982), he left his mark in a brief but emotionally powerful scene. He featured in other British films such as My Son the Fanatic (1997) in which he played a cab driver worried by his son choosing Islamic fundamentalism. His performance in the comedy drama East Is East (1999) earned him a British Academy of Film and Television Arts (BAFTA) nomination for best lead actor.

With Hollywood beckoning, Om Puri went on to act in films such as the Patrick Swayze-starrer City of Joy (1992), Wolf (1994) which starred Jack Nicholson , and the Tom Hanks film Charlie Wilson’s War (2007). The Hundred-Foot Journey saw him act opposite Helen Mirren as owners of rival restaurants in a small village in the south of France.

Om Puri’s cache of noteworthy performances, across a range of roles, is plentiful. Displaying his intensity as a performer in films such as Aakrosh and Arohan, he also showed his flair for comedy and lighter roles. Playing a builder in the dark satire Jaane Bhi Do Yaaro, which is one of the most loved comedy films of all time, he impressed even amidst a large ensemble cast. Similarly, in The Jungle Book (2016), one of the biggest Hollywood hits in India, he voiced the character of Bagheera, winning new fans. He left audiences in splits with his performances in films such as Mere Baap Pehle Aap (2008) and Hera Pheri (2000). Malamaal Weekly (2006) again displayed his amazing comic timing, as he essayed Ballu, a local dairy-farmer competing for the local lottery ticket.

Among his finest, most heart-rending acts is his performance in Aakrosh. As the quiet Lahanya Bhiku, who silently suffers through immense tragedy, before finally seeking violent justice, Puri is nothing short of haunting. Similarly, he stunned audiences in Arohan, as the poor farmer who suffers under a cruel and cunning landlord, amidst the rising Naxalism of the 60s. His performance as the police officer struggling amidst widespread corruption in Ardh Satya became a career-defining performance for Puri.
The recipient of several awards, in 1990 Om Puri received the Padma Shri, one of India’s highest civilian honours. In 2004, he was made honorary Officer of the Order of the British Empire (OBE) for his contribution to the British film industry. Winner of National Awards for Best Actor for Arohan and Ardh Satya respectively, he also won Best Actor at the Karlovy Vary International Film Festival for Ardh Satya. He was honoured with the Grand Prix Special des Amériques Montréal World Film Festival for exceptional contribution to the cinematographic art. Winner of the Filmfare Best Supporting Actor award for Aakrosh, he was also honoured with the Filmfare Lifetime Achievement Award.

He was known to be a close friend of Naseeruddin Shah’s, and had even once saved Shah’s life after a knife attack. The incident took place at a restaurant in 1977, when a former friend of Shah’s attacked him physically. Puri immediately leaped across the table and subdued the attacker. He went on to take Shah to the hospital, thus saving his life. The two were students at the Film and Television Institute of India, and went on to work together in several films, including Jaane Bhi Do Yaaro, Ardh Satya, and Maqbool.
Om Puri passed away at his residence on 6 January, 2017, in Mumbai. He was 66. He was honoured at the 89th Academy Awards, in the memoriam segment for his contribution to world cinema.

In Puri’s own words, he had summed up his life thus - “I have no regrets at all. I have done quite well for myself. I didn't have a conventional face, but I have done well, and I am proud of it.” 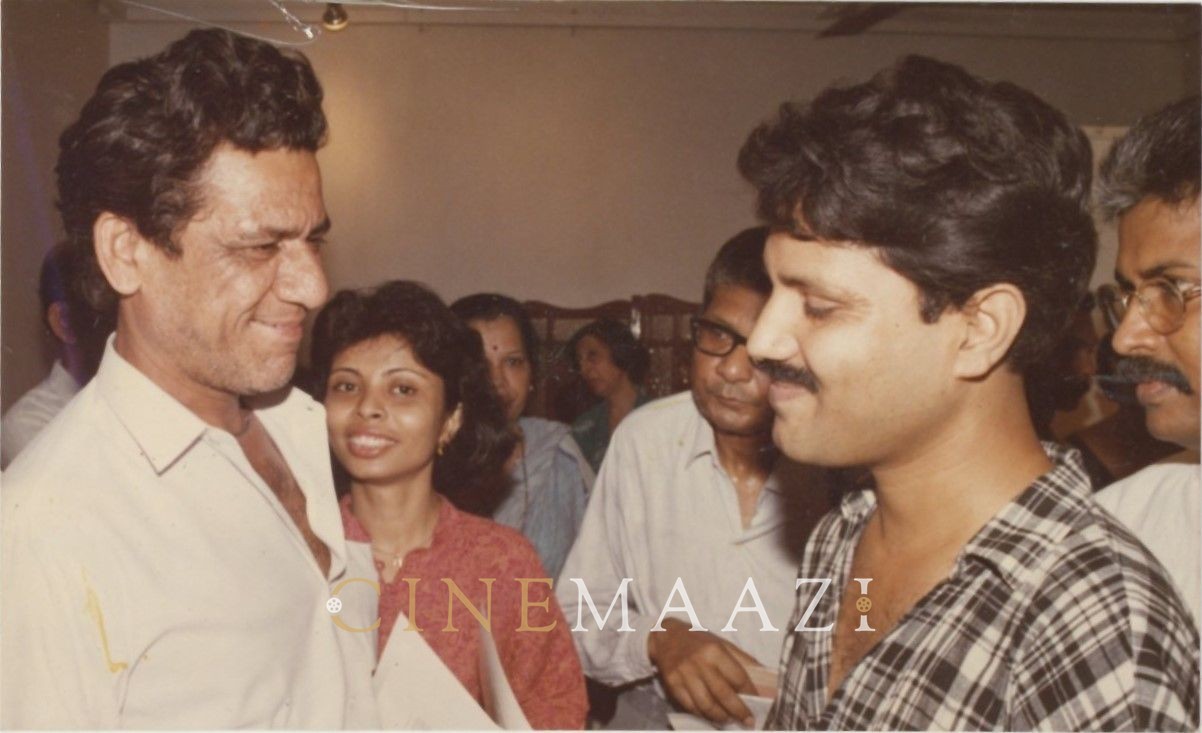 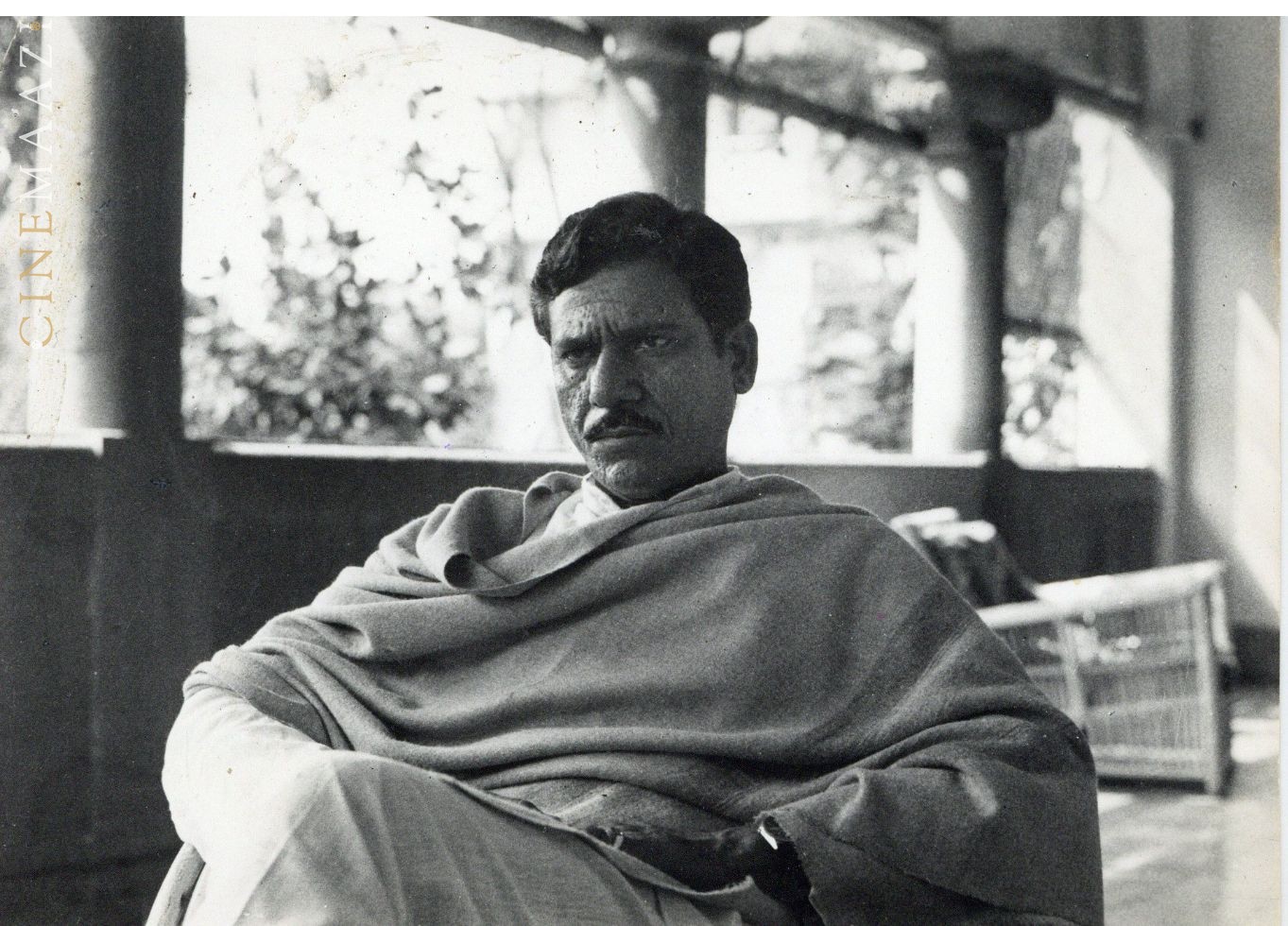