Mahishasoor, the mighty Demon-King had spread a reign of terror in every nook and corner of the world. Blood of innocent people flowed like water. There was no safety of person or property. Religion and chastity of women were in jeopardy, every moment, at the hands of the vulture like Rakshasas. People were cowed down, as the hands of the beastly tyrant had crushed all opposition. All the vanquished Kings and Princes cowardly accepted his slavery to save their lives. Prince Shatrughna was the only exception.

For not accepting his sovereignty he was ordered to be killed by throwing down from a hilltop. But he escaped bravely.

Saranyu, the beautiful and daring daughter of Mahamuni Twashta had undertaken the task of spreading the spirit of revolt against the oppressive rule of Mahish. But as fate would have it, Mahish happened to see her one day and her charming beauty captured his heart. He proposed to make her his queen and on her declining the offer, tried to molest her. Luckily, however, Prince Shatrughna arrived at the nick of time and saved her honour. Cupid’s dart struck the young hearts of Saranyu and Shatrughna. But they preferred to dedicate their lives to the service of the people and somehow bring about the destructions of Mahish.

The fragrance of Saranyu’s beauty had reached even the celestial heights of Swarga-Lok. And Devraj Indra, personally went to Mahamuni Twashta to request for her hand. But the splendor and riches of even Indra-Lok had no attraction for Saranyu. She rejected Indra’s offer too.

Mahish sent his soldiers to abduct Saranyu forcibly. But before they could succeed, Indra took her away. This enraged Mahish so much that he ordered to invade Swarga, Immediately. But Narad Muni advised him to first acquire superior strength than Indra, by performing Tapasya.

When Saranyu refused to marry him, Indra tried to fulfill his desire by force – but Shachidevi, Indra’s wife, interrupted him and sent her back to her father’s Ashram.

Mahish pleased Brahma by his penance, and obtained a boon of virtual immortality from him viz. No one, except a woman, could kill him in the three worlds. Intoxicated by this boon, , he proclaimed himself as God-issued a fiat to worship none but him and mercilessly persecuted and put to death thousands of devotees who persisted in worshipping Lord Vishnu, Shanker, and Goddess Adya Shakti, in defiance of his orders.

Suloma, the kind-hearted queen of Mahishasoor several times tries to persuade and prevent Mahish from the path of sin but to no purpose. He invaded Swarga-Lok also, defeated Indra in a war and humiliated him as well as Indrani, by inhuman tortures.

In the meantime, Mahamuni Twashta had married Saranyu to prince Shatrughna. But Mahish had still not forgotten Saranyu. He got her kidnapped just on her wedding night. When Saranyu did not yield to his several tactics – Mahish blinded Mahamuni Twashta’s eyes with hot iron bars, in her presence and also killed her husband, before her eyes.

But the true Sati, as she was, Saranyu remained firm in her pious resolve.

When the cup of Mahisharoor’s sins began to overflow, all the Devtas accompanied by Brahma and Shankar approached Lord Vishnu and prayed him to kill Mahish by any means.

Then from the lights of all Gods-Goddess Durga was born. See on the silver screen, how Bhagwati Durga Mata kills the proud Mahishasoor, how she revives Sati Saranyu’s husband to life, how the blind Mahamuni Twashta regains his lost eyesight and how Suloma sacrifices her life for a just and noble cause. 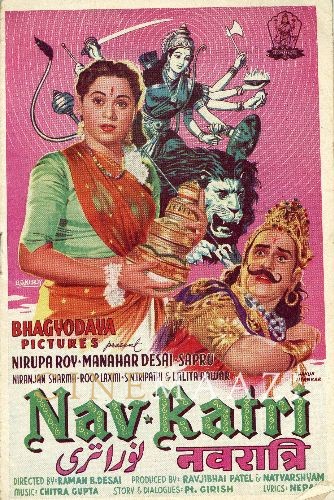 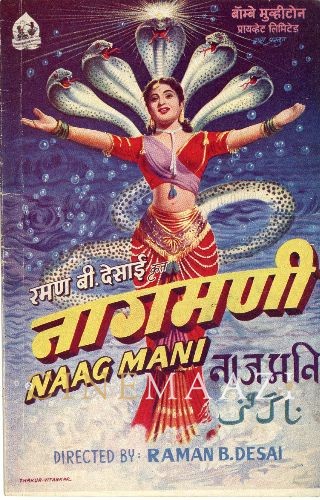 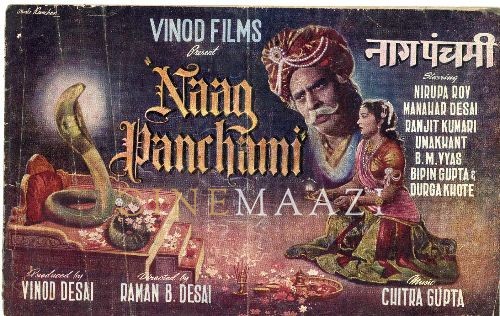 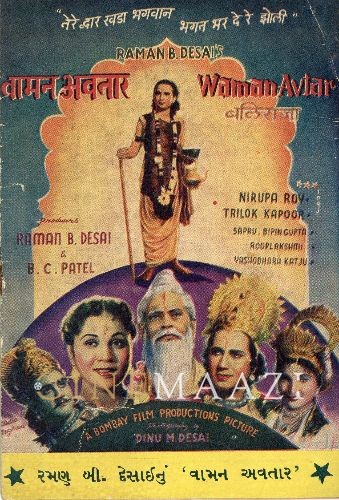