“PARIVAR” is not the story of just one family, but it is the story of every such family in India, which believes that children are “the blessed gifts of God”, little realizing that as the size of the family increases year by year, so do the expenses, the problems and the anxieties.

THIS is the story of Karam Chand’s family. His son Gopal, a doctor, dedicated to the cause of wise family planning, warns his parents of the dire consequences of adding to the size of their already large family. Gopal’s attitude irritates his step-mother and she drives him out from the home.

GOPAL believes that three children is the ideal size of a family and he, along with his understanding wife Meena, dreams of having two sons and one daughter. Meena, whilst sharing her husband’s ideals, fondly dreams of having two daughters and one boy. “Parivar” is the story of their dream.

MICHEAL, the bootlegger, is imprisoned for a very long spell when he is convicted for causing the death of four persons, who consumed illicit liquor sold to them by him. He leaves behind his two small sons Peter and Paul without providing for their care and protection. “Parivar”is the story of all those children everywhere, whose parents pay no heed to their future well-being and happiness. 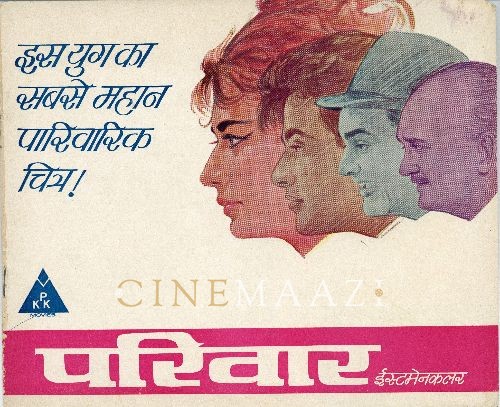