PARIVAR is the story of a family - a family of five brothers, their wives, and children.

The eldest brother, a retired college professor, is so fond of chess that he plays it all alone with his little nephew as the dummy opponent.

The second brother is a lawyer and spends all his time with law volumes.

The third brother, although an engineer, is more interested in eating delicious dishes than in his profession.

The fourth brother is a doctor who is obsessed with the idea of looking after the health of the whole family.

The fifth and the youngest brother has just passed M.A. and has a passion for music. He not only sings himself, practically the whole day but also Insists that his wife should dance to his music!

In spite of this wide disparity in tastest, the brothers live in complete peace and harmony. They are very fond of each other and so are their wives. in fact, a household is an object of envy for all in the town.

The brothers, however, are under an illusion that all this harmony is entirely because of them  - the ideal brothers. They even boast about it to their wives.

The wives take up the challenge. "We must make them realize," they remark, "that if there are peace and harmony in the house, the credit is equally ours - the women. We are equal partners in life. Without love and understanding on the part of women, no household can know peace!"

And they set out to prove it. Secret conferences are held, strategy outline plans made, responsibilities assigned, and the trap inlaid.

The doctor is made to believe that his only son is being starved, while others get the lion's share.

The musician is made to feel that attempts are being made to get him sent out of the town away from his newly-wed bride.

The doctor demands partition; the musician supports him. The other brothers are stunned and indignant. Hot words are exchanged; unpleasant little from the past are dug up. the atmosphere of the house is vitiated. The fat is on the fire. The wives are jubilant over their success. Only the eldest wife is frightened at the dangerous turn the joke was taking. She wants to end it before it goes too far but the other four conspirators prevent her from giving out the secret. "Wait", they say, "let us watch the fun",

The events take a logical course. The brothers are set on dividing up the house and living separately. Partition deed is drawn up.

What happens next ? How does this explosive drama end ? 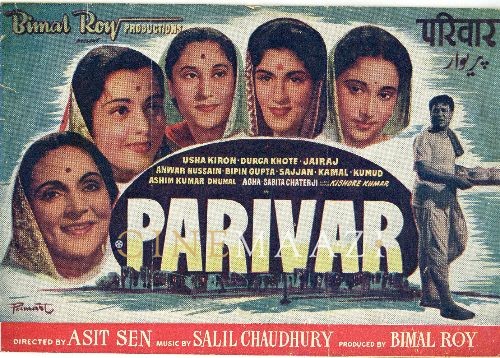