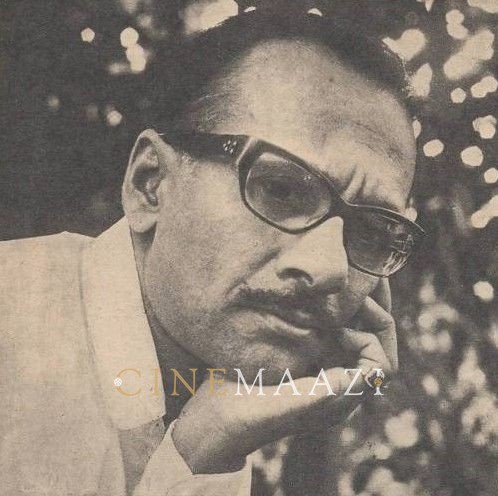 The ace photographer Kamal Bose was born on 11 November, 1915 in Calcutta. His father was a medical practitioner. Born with the artistic bone, it was only natural for him to pick up the pencil and sketch marvellously even at a tender age of seven. At the age of fourteen, he had developed considerable skill in painting. Although he wanted to study art in a government college in Calcutta, he chose to be pragmatic and joined as an assistant in the Art Department of New Theatres. Soon, his interest in still photography led him to transfer to the Camera Department. Bose learnt the basics of cinematography from Sudhin Majumdar when he assisted him in films such as Pratishuti(1941) and Meri Bahen (1944). He also photographed the documentary The Village Life of Bengal.

Bimal Roy, the revered filmmaker, was also a cinematographer in the same studio. He scouted Bose to assist him, after hearing about his efficiency, when he went for location shoots during the making of Chambe Di Kali (1940). This was the start of a long and fruitful collaborative journey for Bose. In the next project that he assisted Roy was Hamrahi (1944), where he was promoted to the position of an associate cameraman. The first feature film Bose shot independently was Roy’s Anjangarh (1948).  A cinematographer’s work depends on the collaborative chemistry with the director, and Bose had found a space to explore his creativity with Bimal Roy. They worked in Mantra Mugdha (1949) and Pehla Admi (1950) while Roy was still with New Theatres. After Roy moved to Bombay, he summoned Bose soon to shoot his film Baap Beti (1954). Some of their most significant collaborative efforts were Do Bigha Zamin (1953), Parineeta (1953), Naukri (1954), Sujata (1960), Bandini (1963), Biraj Bahu(1954), Devdas (1955), and Parakh (1960).

Bose process of working on a film started with studying the story before filming it. His work often incorporated the neo-realistic aesthetic, especially in films such as Do Bigha Zamin. He was also known for his use of mood lighting that aided the cinematic experience of the narrative. Invested in his craft and eager to learn more, he would often experiment with lights and shades. According to sources, back when he was new to the field, he decided to photograph a jungle scene set in the studio in Pehla Admi with an unconventional choice of lighting. He decided to shoot in darkness and through some soft lights on the sets. Despite doubts from others, he persuaded it to be processed as it is, with some help from Bimal Roy. Later he was praised for his realistic portrayal.

He was first honoured with Filmfare’s Best Cinematographer for Bandini in 1964. He won the award for three years consecutively from 1970 to 1972 for Anokhi Raat, Khamoshi and Dastak respectively. In 1976, he won the same award for a record fifth time for his work in Dharmatma.

With his wife Satadal, he had three children, Papri, Parag and Palash Bose. He passed away in 1995. Palash Bose is a professional photographer based in Bombay, who shares his father’s love of photography.