“Saagar” is a love story, big and deep as the ocean itself. “Saagar” is the story of a peaceful little village by the sea where a tavern owner’s daughter Mona stirs up a fierce storm of passion, romance and turbulence that engulfs the entire village.

Mona, ravishingly beautiful, grows up in the companionship of Raja—joyous Raja, a poor fisherman but full of laughter, jumping, prancing, dancing, spreading joy and laughter all around, washing away people’s blues with his own jokes and liveliness, a picture of fun and friendship. Raja has always loved Mona, but he masks his true feelings and deeper emotions under the cloak of his unending pranks, never letting her realize how fiercely and intensely he loves her, desires her, and dreams of a future with her.

Not far from the village is the vast business empire of Kamladevi, the aristocratic, haughty millionairess. Her grandson Ravi, her sole heir, comes to live with her.

On a memorable dawn, Rabi stumbles upon a Venus-like beauty arising from the sea—the ravishing, youthful, sun kissed figure of Mona as she emerges from the sea. Time stands still for him. They look at each other, each realizing that they were born and destined to meet thus.

The wealthy Ravi mingles with the fishermen of the village and soon becomes a thick pal of the village-bred Raja. Ravi and Raja become friends, exemplary friends, prepared to sacrifice anything for each other’s happiness.

Against the backdrop of the sea, the beach and the village, with all its fairs and carnivals, Ravi and Mona attain newe heights of romance and ecstasy.

And little does Raja, the practical joker realize that destiny has played the greatest joke upon him. Ravi to whom he had extended his hand of friendship, was now beginning to dream of the very same Mona—his Mona—his only reason to be living. Then fate takes a turn. The villagers rise against Ravi. Why? Instead of Ravi, Mona agrees to marry Raja. Why?

Ravi rebels against his grandmother, the aristocratic Daadi Maa, the rigid Kamladevi, and roams the shores and the beaches like a man possessed. Why? When Raja discovers the love of Ravi for Mona, how does he react? When Ravi discovers that his friend loves the very girl whom he loves—what does he do?

Inexorably, the lives and loves of them all, intermingled with the passions and emotions of the entire village, masterminded by a scheming villain and provoked by the ruthlessness of a haughty rich woman—move to a stirring climax. And when the waves of the sea roll back, they take away something with them—something precious.

No ocean has ever been witness to greater drama greater romance nobler passions than “Saagar”. 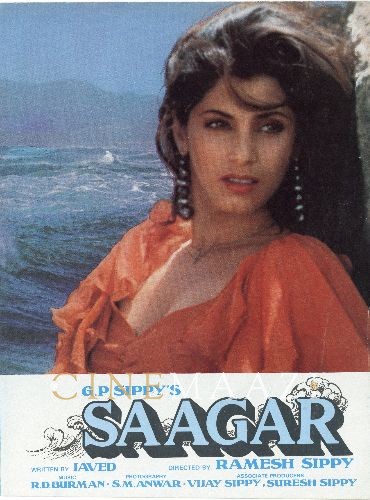 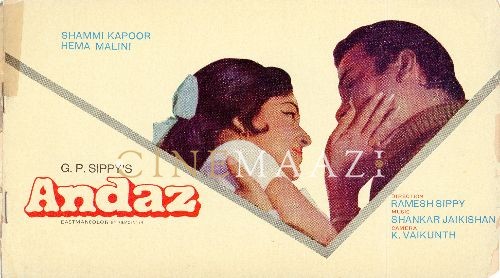 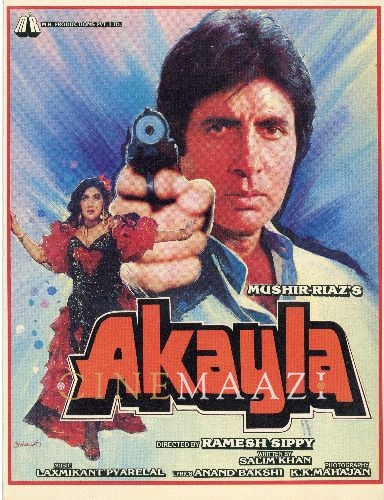