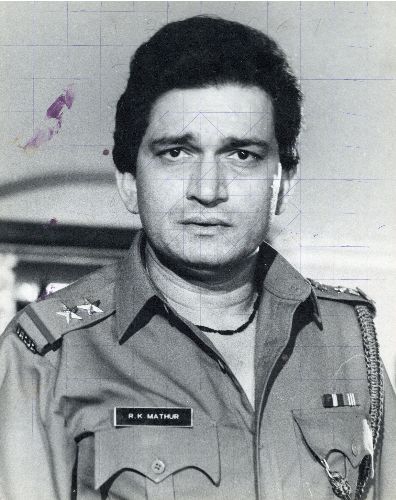 Shafi Inamdar was one of the most notable, prominent and memorable actors, supporting artist and theatre enthusiast of the Indian cinema industry, who tragically left the world too soon. However, his indelible imprint and contributions to the Hindi film industry and to the world of theatre are too significant to have not been recognised even after his death.

Born on 23rd October in 1945, Shafi Inamdar was born in Ratnagiri and initially pursued his early education in Pangari and from St. Joesph’s High School in Umerkhadi, Dongri, in Mumbai, Maharashtra. He finished his SSC examinations in the year 1958 and continued his higher education from the renowned K C College, where he did his graduation with a Bachelor’s in Science. Besides doing well in his academic studies, the noted actor was interested in and passionate about the field of acting and theatre studies since his childhood. Even during his schooling, he was known for his interests and used to direct and act in school dramas and events. He was also a regular participant in several other stage competitions, like elocution and debate competitions. Studying at the reputed K C College in Mumbai further allowed him to continue on this path throughout his college days and the desire to become a prominent performance and theatre artist grew within.

Finally, Shafi Inamdar came in touch with eminent Gujarati theatre artist Pravin Joshi, under whose guidance and mentorship he began his journey towards becoming and actor and theatre director. Honing his skills and potential, he directed and acted in around 30 plays in several languages including Hindi, Marathi, English and Gujarati from 1973 onwards. This went on until 1978 after which he finally became a part of the Indian National Theatre and Indian Peoples Theatre Association. It is within these organisations that he came in touch with prominent film actor Balraj Sahni and was educated in the more challenging and proficient aspects of film acting.

The actor’s life took a prominently successful turn when he staged his first Hindi commercial production in Hindi with eminent writer Ismat Chughtai’s play – Nila Kamra. This coincided with the launch of Prithvi Theatre in the late 1970s, and given his prior success and experience, Shafi Inamdar received the opportunity to work with them on producing several remarkable Hindi plays which subsequently established him as a prolific theatre personality and director. Following this accomplishment, he finally set up his very own theatre in 1982 called Hum Productions and continued directing, producing and acting in plays throughout his life. He also employed the use of the popular play Naag Mandala, written by Girish Karnad, to stage comedies and folk-theatre plays.

In the world of Hindi film industry, the actor’s first and most significant role came through Govind Nihalani’s 1982 film Vijeta, which starred celebrated actors like Shashi Kapoor, Amrish Puri, Rekha and many others. He was further cast in the film Ardh Satya (1983) and was also offered a role in the hit film Krantiveer (1994), where he played the role of a TV anchor. His efforts and nuanced acting style was appreciated throughout these roles and he was often credited with playing ‘a common man’s role’ with a sincere ingenuity.

Shafi Inamdar’s biggest and most noteworthy success came through the popular television hit show – Ye Jo Hai Zindagi which came out in 1984. The show grossed highly on the Indian television and was loved by the audience. Produced by Oberoi Films and written by Sharad Joshi, it was aired on DD National and went on to enjoy a successful run of three seasons, in which, Shafi Inamdar was cast as the central lead role. The actor’s affiliation with the television continued and he took on several important roles in other TV shows like Adha Sach Adha Jhoot (1987-88), Mirza Ghalib (1988), and Teri Bhi Chup Meri Bhi Chup.

Throughout the 1980s and 90s, actor Shafi Inamdar worked in a wide array of films and was seen essaying a range of different roles across the spectrum, building a cinematic body of work of about 30 films or more, the last one being the 1997 film Yeshwant which released after his death. Some of his other films include Ravi Chopra’s Aaj Ki Awaz (1984), Saagar (1985), Amrit (1986), Ghayal (1990), Love (1991), Akele Hum Akele Tum (1995) among many others. He also directed the 1995 film Hum Dono starring Rishi Kapoor, Nana Patekar, Pooja Bhatt and other notable actors.

Leaving an indelible mark in the Indian film and theatre industry, the illustrious actor passed away due to a massive heart attack on 13th March 1996.