Though Gurucharan already had a large family to support on a meagre salary, he did not hesitate to bring home his orphan niece, Lalita - probably because a lower middle class man has incredible capacity to share hunger.
Before long Lalita endeared everyone including the rich neighbour Navin Babu's wife and specially their young son Shekhar and she moved in their house as freely as the West Wind. Both Shekhar and Lalita grew up together but always behaved like young kids.

Under pressure of family needs, Gurucharan had mortgaged his living house to Navin Babu. Being greedy, Navin Babu of late had evil designs to grab the house. In this hour of distress it was Girish, brother of Lalita's friend Aruna, who came to their rescue. Thus, in the household of Gurucharan, Girish was looked upon as an angel. He was helping Gurucharan to select a suitable match for Lalita.

Shekhar grew suspicious and jealous of Girish. Lalita had merged in Shekhar's life. The thought and pang of separation from Lalita was unbearable for him. There was a small function in Gurucharan's house - celebration of Munni's doll's marriage. On this occasion on Shekhar's terrace something happened. Lalita in playful mood garlanded Shekhar and in turn Shekhar garlanded her which solemnised their marriage. However, both knew of the very many hurdles in their path and were enveloped in hesitation. They kept the marriage incident a secret.

In the dying moments Gurucharan extracted a promise from Girish that he would marry Lalita. To Lalita it was an impossibility. She felt within her a married woman and something more - a wife in exile. In those hours of grim test, her only moral support was the garland which had united her with Shekhar. But, the promise made with the last breath of Gurucharan had to be respected by one and all.

The wedding invitation of Lalita and Girish reacted on Shekhar. To his insisting mother he gave consent to marry another girl whom his late father had selected. After Girish's marriage Lalita, Suman and Girish came to attend Shekhar's marriage. At the meeting between Shekhar and Lalita and Shekhar and Girish, Shekhar misbehaved but Girish was cast in a different mould.

To poor Lalita in this selfish world the dried garland was the only source of consolation. Circumstances had conspired against her. She hid herself in the corner of the terrace where she had accepted Shekhar as husband. In that hour it looked as if the tear-soaked garland mocked at her or was it a tryst with destiny? 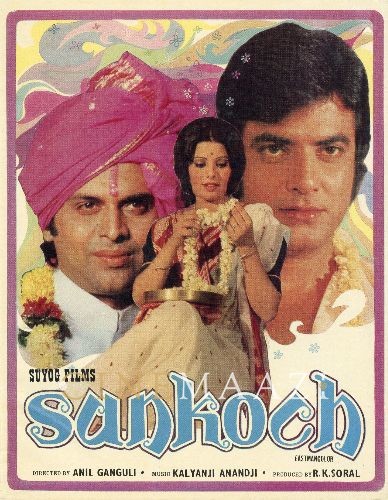