Two brothers, Shekhar and Amit share a close relationship. Shekhar is in love with Shobha, and he decides to marry her. Amit visits the two and gets to know Shobha. Amit is a successful playwright and poet in Delhi. At a wedding, he meets the beautiful Chandni, and they soon start courting. Meanwhile, Shekhar passes away in a tragic incident, leaving a pregnant Shobha in the lurch. To protect Shobha, Amit decides to marry her and sacrifice his own love for Chandni. He writes to Chandni asking her to forget him.

Chandni is heartbroken, but she settles into a stable marriage with Dr. V.K. Anand. Shobha, on the other hand, has a miscarriage, and she meets Dr. Anand when she is hospitalized. Brought together by fate, Amit and Chandni start meeting in secret and resume their relationship even as the two couples become friends. One night, Chandni and Amit are in a car accident, and the Police Inspector in charge, Kulbhushan, turns out to be Shobha’s cousin. Alerted to the adulterous relationship, he threatens to disclose their affair.

Exhausted by the secrecy they are forced to maintain, yet unable to keep away from each other, Amit and Chandni  plan to run away with each other. In the interim, it is revealed that both Shobha and Dr. Anand are aware of their spouses having an affair. While Dr. Anand is out of town, Amit and Chandni leave together and go to their friend’s house in the hills. They receive the news that Dr. Anand’s flight has crashed, and they rush back to find Shobha already at the site. Amit hastens to find Dr. Anand. Shobha attempts to stop him, telling him she is pregnant with his child. A devastated Chandni realizes that she does after all love her husband. Dr. Anand is rescued by Amit, and both the lovers are reunited with their spouses.

A story of love and loss, Silsila was rumoured to be inspired by the real life love triangle between the actors onscreen, a fact that created a great deal of buzz much before the film’s release. Over the years, it has come to be recognized as a Hindi cinema classic with immortal songs like Neela aasmaan and Dekha ek khwab enlivening the narrative. 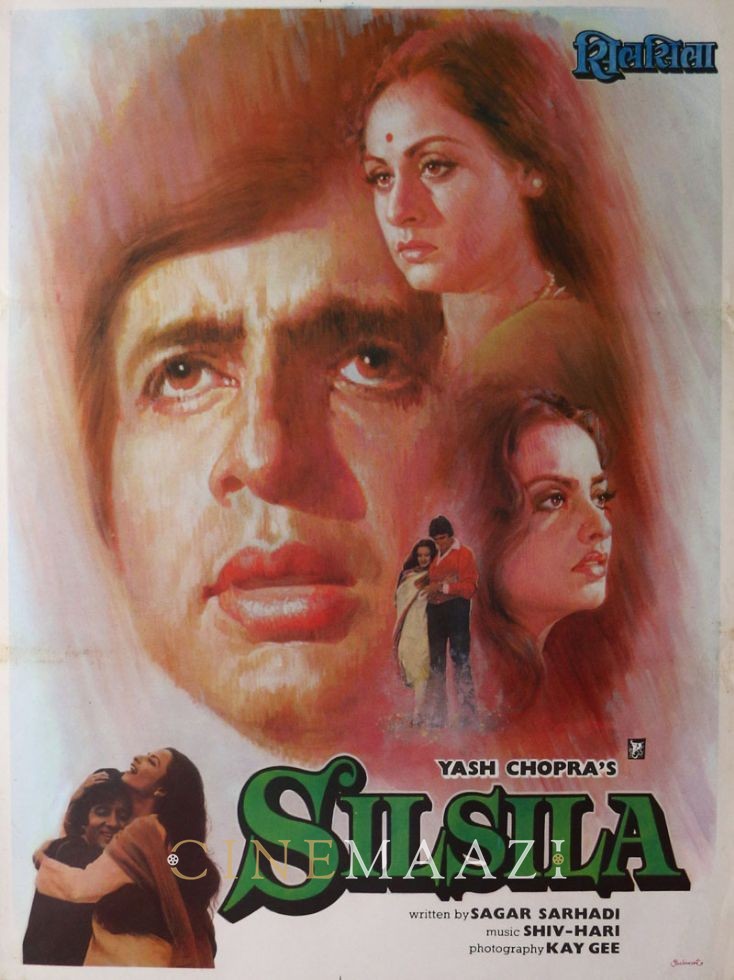 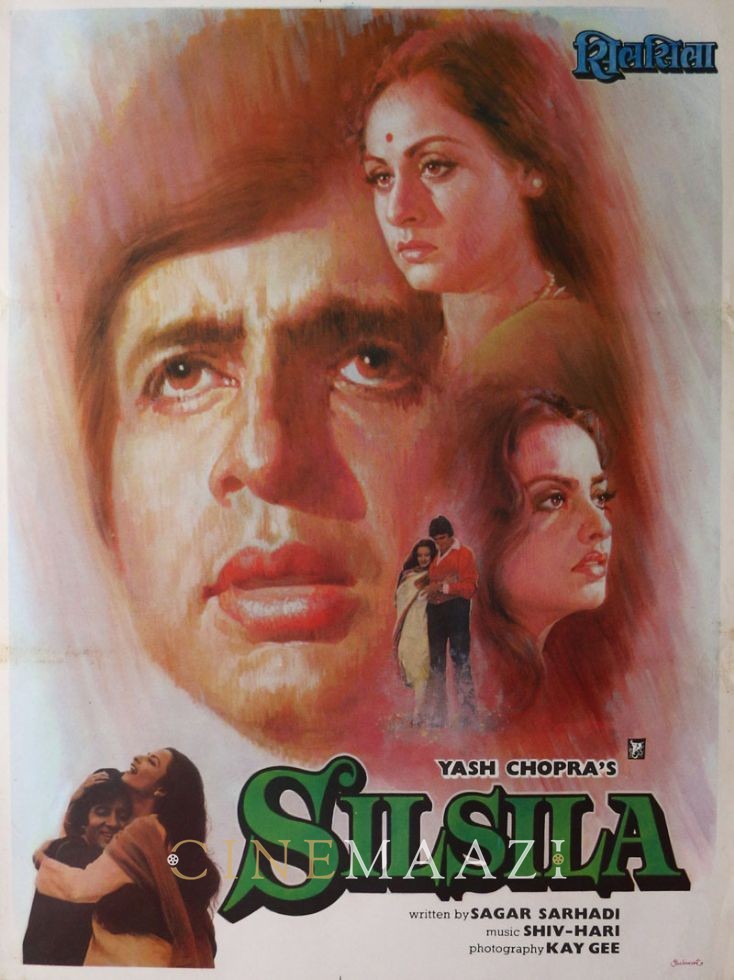 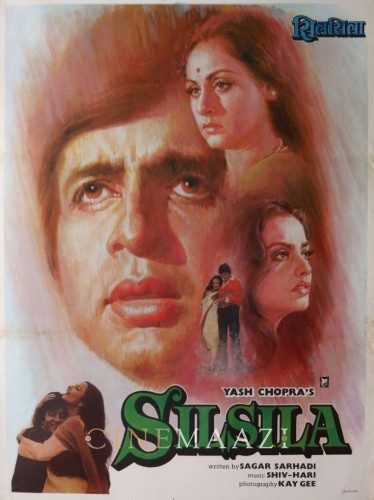