After obtaining his B. A. degree, which was considered quite an achievement in those days Anoop was returning to his village. He was poetic by temperament and was in high spirits as he arrived after a long boat journey. He slipped on the muddy bank when peels of feminine laughter greeted him. This was Minoo (Mrinmoyee), a carefree and irrepressible girl living with her mother in the same village. Her poor old father was working as a petty clerk at Kushiganj. The pranks of the tomboyish Minoo, leader of a small gang of boys, had earned her notoriety. Anoop tried to retrieve his honour from this discomfiture by putting up a bold face and finally reached home.

Anoop's widowed mother was overjoyed at Anoop's arrival. She wanted Anoop to marry and had selected a bride for mother's insistence, had to go to see the prospective bride. Unexpectedly, however, Minooburst into the scene upset the solemnity of the occasion and secretly took away Anoop's pair of shoes. When Anoop was plodding home through the mud wearing an old pair of sandals, he was greeted by Minoo's haunting laughter. Minoo returned his shoes with a show of mock respect. Anoop, in an impulse, caught hold of her. Minoo was surprised as, instead of the punishment she apprehended from Anoop, she found his two queer eyes peering intently for a while into hers, before he slowly released his hold.

"Yes, I have made my choice, mother", declared Anoop, but completely startled her by adding that the choice was for Minoo! A long struggle followed the declaration, at the end of which the mother yielded, hoping to 'reform' the untamed Minoo when the latter became her daughter-in-law. The marriage was settled but poor Ram Babu, Minoo's father, was not granted leave to be present at the wedding of his only child!

Minoo was admonished and warned that she was now commencing a new chapter of her life, and so she concluded that marriage was another name for a life sentence. The rebel in her refused to accept this and so she bit her lip at the time of her auspicious wedding and resolved to herself that she would never submit her freedom to please the tyrant-god of matrimony.

The wide world she loved now shrank within the four walls of her husband's house. The mother-in-law launched upon the solemn task of reforming and improving this wild pony but Minoo remained inwardly untamable. At night, on the nuptial bed, Anoop came close to her and asked her in sweet whispers, "Minoo, don't you love me?", "No!" came the emphatic reply, "I will never love you" "But what harm have I done you?", asked Anoop. "You? Why did you marry me at all?", came the rejoinder.

One day a letter came from her father, blessing her and wishing her all the best in her new life. This started her on the obstinate thought of going to her father-a thought that was vehemently brushed aside as pure nonsense. Yet, in the depth of the night, she just quietly opened the door, and left home on the desperate mission of reaching her father somewhere far away whither she knew not!

She walked and walked and when the night broke into dawn she found herself at a landing ghat with ferries and boats. She met a mail runner but received no satisfactory reply to her inquiries about her father. Then she chanced to meet a boatman who knew her. He offered to take her to her father and the tired girl boarded the boat and quickly fell asleep. When she woke up, she found herself in her husband's house!

Anoop's suggestion to send Minoo to her father was, needless to say, brusquely turned down. So that night Anoop suggested to her that they both may quietly run away in a boat to her father's place of work. And this indeed they did, leaving a note for Anoop's mother. The journey had the fascination of a dream and it was the first time Minoo put her hand in Anoop's with an unknown sense of dependence. Minoo's father was overjoyed to see them both and the few days they lived there passed in unmixed joy and bliss. But the time came when they had to return home at last.

The mother was sullen and sulky and unforgiving. When it became intolerable, Anoop proposed to leave for Calcutta for further studies. "Take her away with you", said the mother; "Very well", said the son. Minoo was not prepared to go, however; and so deeply hurt and shocked Anoop left her at her mother's and went away to Calcutta.

To her surprise, Minoo found things inexplicably changed in her own home. Anoop had told her that he would come back only if she wrote him to come. He had asked for a kiss but Minoo hardly knew the business of a kiss and just burst into laughter as she tried to do it in her unskilled fashion. All this came back to her mind and now she longed to see him, but how, she could hardly understand. At last, when it became intolerable, she returned of herself to her mother-in-law, who not only greeted her with joy but also forgiveness. Their union was complete.

Now they wanted to meet Anoop and so planned to go to Calcutta and stay at the house where Anoop's sister lived with her husband. The sister joined the conspiracy and invited the brother (Anoop) to her home for dinner Anoop came, was happy to see his mother but could not dare to directly ask about Minoo, whom the conspirators had kept concealed. They kept on plying Anoop with teasing, embarrassing questions about his wife. It was proposed that he may stay there overnight, and though reluctant, Anoop, at last, agreed to do so.

He was almost dejected with the world when all of a sudden, Minoo was in front of him, approaching him eagerly The dream was more than fulfilled, for it was a new Minoo now who compensated for all the days and nights spent in vain, spent in wait for this awakening! 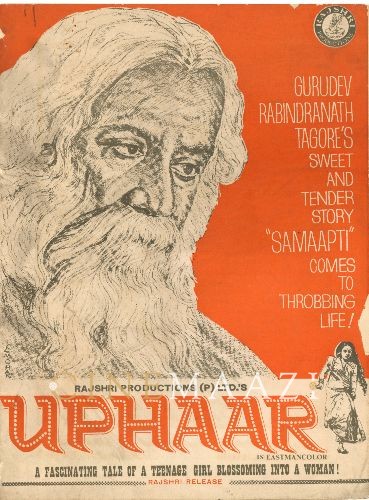 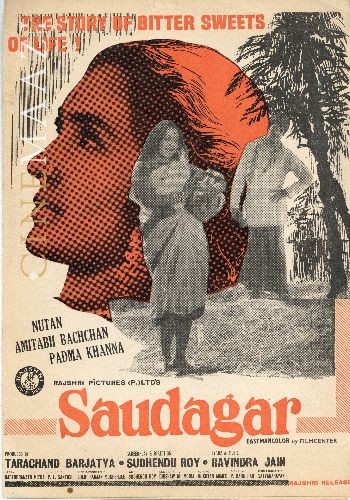