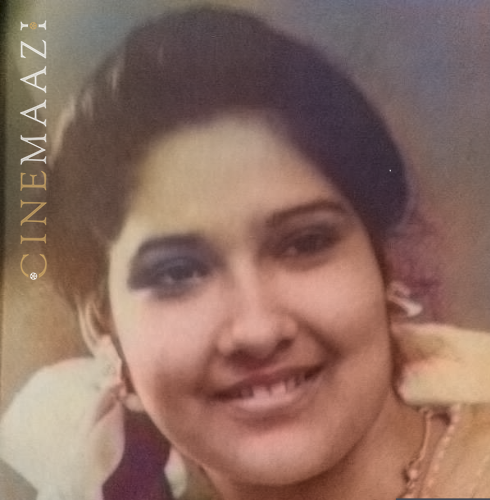 Cecilia Machado migrated from Afrrica to Mumbai in 1940. Her maiden name was Cecilia Albuquerque and her father was a musician. She took part in the freedom fighter centenarian’s Lambert Mascarenhas’s The Re-doubtable Dona Assucena. She assisted the parish priest of Victoria Church Mahim Mumbai, Fr. Napolean Silveira in writing of his drama. Her family were against her joining theatre, as at that time it was considered a disreputable profession. But one day famed dramatist C. Alvares’s leading heroine Mohana suddenly had to leave for a foreign country and Fr. Napolean requested Cecilia’s father to let her act instead. Her acting was so impressive that the award which Anthony Mendes presented her with the award he had recived for his comic performance. Even after her success, her family denied her further permission to act.

In the year 1964 she married Jerry Machado who consented to let her join the theatre. Thereafter she acted and sang for top most dramatists such as C. Alvares, M. Boyer, Prem Kumar, Robin Vaz, Romald Fernandes, Anthony D'Sa, Jacinto Vaz and Remmie Colaco. Her roles have been appreciated in M. Boyer’s Atam Konn Ghatki? (Now who is the traitor?), Romald Fernandes’s Tarvotti Pai (Sea farer’s father), Robin Vaz’s Ajente Monteiro (Agent Monteiro), and Remmie Colaco’s Ghorachem Sukh (Home satisfaction). Her performance in the first all women play has been well received.

Besides Konkani she has lent her voice in Hindi films for chorus wherein she has sung for English songs. Her song Jimmy Jimmy Moga (Jimmy Jimmy my love) which is relayed on All India Radio has become very popular as also Kaiboro komblo (What a lovely cock). She was known for her happy-go-lucky personality and for being a foodie. Her last performance was in Chris Perry’s Tum ani Hanv (You and me) musical show which was held at Mumbai’s Shanmukhanand Hall. Through oversight, she took an overdose of sleeping pills and breathed her last in Mumbai.