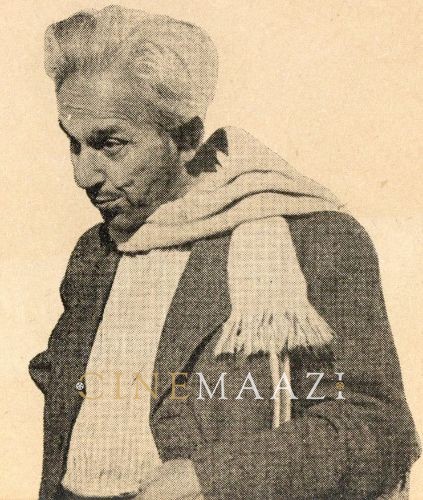 A multi-faceted artiste and Renaissance man, Harindranath Chattopadhyay blended several roles in his lifetime including those of actor, poet, dramatist, singer, songwriter, painter, and Member of Parliament. Brother of political activist and poet Sarojini Naidu, he is remembered for his roles in Satyajit Ray’s Seemabaddha (1971) and Hrishikesh Mukherjee’s Bawarchi (1972) and Aashirwad (1968). Appearing mainly in brief comic roles in films, he had a serious career in literature. A beloved children’s poet, English poet Laurence Binyon once said in his praise: “He has drunk from the same fount as Shelley and Keats.” In contrast to his seemingly stern face, he was equally known to dissolve into childish chuckles, keeping his inner child alive and curious until the end.

Born on 2 April, 1898 into a Bengali family that had settled in Hyderabad, he was the son of Aghorenath Chattopadhyay and the younger brother of Sarojini Naidu and Virendranath Chattopadhyay. His father Aghorenath had studied at the Edinburgh University in the 19th century, and was a scientist, while his mother Barada Sundari Devi was a poetess. He began to write verse at a child, encouraged by his family; he also enjoyed acting.

Just 19 when he published his first volume of poetry, The Feast of Youth, he won instant appreciation from reviewers. The foreword to the book, by famous poet James Henry Cousins, saw him referred to as ‘a true bearer of the Fire’. He was still in his 20s when he staged his very successful play Abu Hassan. It was an adaptation of a tale from the Arabian Nights, told mainly in verse. While it was successfully staged at various venues in Bombay including the Excelsior, such was its popularity in Madras that special trains were introduced to bring audiences to the shows!

He had published poems and written plays in India, before he left for England. In 1919, he married Kamaladevi, having been introduced by a younger sister, Suhasini. It was rather a bold decision in those times, considering she was a widow from South India, and he, a Bengali Brahmin bachelor. Choosing theatre as their medium to together work for the masses, he sailed for England; Kamaladevi would join him later. Helped to settle in Britain by friends of his famous elder sister, Sarojini, he initially lodged in Gower Street. He sent his poems to Cambridge in order to seek admission as a research scholar; gaining entrance into Fitzwilliam Hall, he took up research work on 'William Blake and the Sufis'. During his time as a student in Britain, his poems were published in the Indian Magazine (Journal of the National Indian Association) and Britain and India (Journal of the Theosophical-influenced Britain and India Association). He is also known to have corresponded with Laurence Binyon about publishing further anthologies of poems in London. Kamaladevi joined the Bedford College, enrolling in Sociology and Economics.

Having stayed in London for a few years, the young couple decided to discontinue their academic pursuits and head home, with good reason: At this time, the Civil Disobedience movement began gaining momentum in India. He believed they could do much more for the masses in India. He even abandoned his Cambridge degree. Returning via Europe to visit his elder brother, the revolutionary Virendranath Chattopadhyay (Chatto), he also met with Madame Cama.

His published work includes Five Plays (London: Fowler Wright, 1929) and Life and Myself (Bombay: Nalanda, 1948). Produced by Fowler Wright in London, his book Five Plays printed praise inside its front cover from Rabindranath Tagore, Alice Meynell and George Russell (AE) for his work. Adapted from Hindu mythology, his playlets were introduced by S. Fowler Wright, who compared him to Joseph Conrad. His play Tukaram had also been performed at the Little Theatre, London, in 1928.

Back in India, the couple did several plays together. They also had a son, Ramakrishna. However, they gradually grew apart, leading separate lives. Theirs became the first legal separation of any married couple in India.

He maintained a successful career as poet, playwright and actor upon his return to India. Many of the poems he composed were rooted in spirituality and philosophy. Living for three years at the Aurobindo Ashram in Pondicherry, he penned a poem almost every day, sharing them with Sri Aurobindo for his comments. Notable poems of this genre include Shaper Shaped, which was taught in universities across the country, and the poem Flute which was particularly liked by Rabindranath Tagore. Writing chiefly in English and Hindi as compared to his mother tongue Bengali, during the Gandhian movements he also penned songs in Hindustani, such as Shuru hua hai jung hamara, which were sung by large numbers of people. He also composed popular nursery rhymes in Hindi such as Tati Tati Tota, which was taught in schools.

His creativity also flowed into the realm of cinema. He performed as an actor in several films, leaving his mark in Hrishikesh Mukherjee’s Bawarchi (1972) in which he essayed Shiv Nath Sharma, the strict and regimented patriarch of Shanti Niwas, where his sons, daughters in law and grandchildren live in a joint family and respect and abide by his rules. He also gave vocals to the song Bhor aayi aaya aandhiyara in the film. Other films he is memorable for are Navketan’s production Tere Ghar Ke Saamne (1963), and Guru Dutt’s production Sahib Bibi Aur Ghulam (1962) in which he played the ghadi-babu or time-keeper, who witnesses the decay of the zamindari system. He also acted in The Householder (1963), the first Merchant-Ivory production. His talent also impressed Satyajit Ray, who had been guiding the makers of the film, and it was the start of a respectful association between him and Ray. He went on to essay parts in three Ray films, playing the magician Borfi in Goopy Gyne Bagha Byne (1969), Sir Baren Roy in Seemabaddha (1971), and the intellectual genius Sidhu Jyatha in Sonar Kella (1974). These were the only Bengali films he acted in.

Held in high esteem by Hrishikesh Mukherjee, he acted in two films by the maker, namely Aashirwad (1968) and Bawarchi (1972). Mukherjee also gave him credit for his philosophy—that it is simple to be happy but so difficult to be simple. Incidentally, this line was also used as a dialogue in Bawarchi.

As a lyricist, he penned songs such as the popular My heart is beating from Julie (1975) and Rail gaadi rail gaadi chhuk chuuk sung by Ashok Kumar in Aashirwad (1968). He often recited the latter poem on All India Radio. Other notable songs which he wrote the lyrics, composed the music and also rendered include Surya ast ho gaya and Tarun Arun se Ranjit Dharani.

Playing a more direct role in public affairs, he contested and won in the first general elections to the Lok Sabha from Vijaywada, as an independent candidate, supported by the Communist Party of India; he quit politics thereafter. Honoured with the Padma Bhushan in 1973, Harindranath Chattopadhyay passed away on 23 June, 1990 at the age of 92. 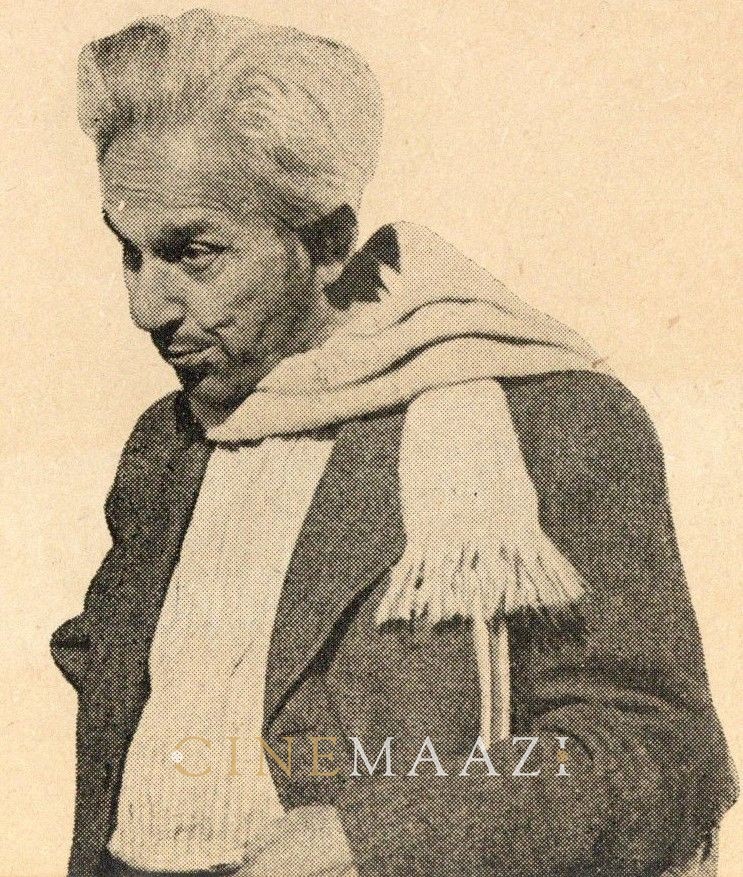