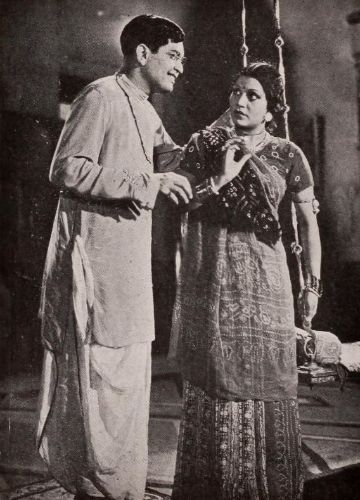 An accomplished singer and actor, Kantilal was born on 18 April 1907 in Surat, Gujarat as Kantilal Chhaganlal Pachchigar in a family of Goldsmiths. Kantinlal was inclined towards music from an early age. He got his classical music training from Pundit Onkarnath when he was in school. While in school, he also participated actively in theatre. Kantilal moved to Bombay after completing his college education to try his luck as a singer.

In 1943 he got married to Ushaben. In the later part of his career, Kantilal occupied himself in theatre. He also acted in a few Gujarati films.

A singer of excellent repute and also an actor, Kantilal passed away on 17 June 1971 after a prolonged illness.