In a household in beautiful snow-clad Simla, former stronghold of India's English society and its Indian hangers-on, lived teenager orphan Sonia with her uncle, a retired General, his wife and daughter Sheila, and her wealthy old grand-mother. Though Sonia was the daughter of her uncle's elder brother, she was the household drudge, and treated as a servant by her aunt and cousin, both of whom made no secret of their dislike and contempt for her.

Sonia's uncle was fond of her in his own way but that way did not go beyond an occasional pat on the head when he happened to notice her around. Her granny doted on her, but she did not interfere with her daughter-in-law, who ran the household. So poor Sonia seethed in her misery and almost came to believe she would never be anything but a drudge and an unwanted dependent, while she saw her cousin Sheila dancing through life, clad in gorgeous clothes and surrounded by flocks of eligible young men.

One day the most eligible of Sheila's suitors, wealthy young Dev, favoured for his money, turned up for a visit and Sheila warned Sonia to keep out of the way with some particularly remarks. Sonia's cup was full, and she went into a hysterical rage, challenging Sheila that she would win Dev away from her and would never let him return until Sheila falls at her feet and begged for him.

The threat was so absurd that Sheila mealy laughed. The family was shocked and annoyed with Sonia for her presumption, except her grand-mother, who was pleased by Sonia's show of spirit and decided to help the girl. Aided and instructed by the old lady, Sonia blossomed into glamorous beauty, and with her gay winsome ways and unselfish nature, she soon had Dev eating out of her hand, a fact which Sheila, partying perpetually with her flocks of gay young men, failed to notice until it was too late.

Shocked finally into awareness of Sonia with her new glamour, and of Dev's defection, Sheila fell at Sonia's feet and begged for Dev. Sonia had to agree although it broke her heart and Dev's, for now they were deep in love with each other and Dev wanted to marry her. How thing tangle grew to the very edge of grim tragedy, and was finally solved, and the separated young lovers were-reunited provides an extremely thrilling climax to a very powerful and grippingly human story. A picture to look forward to, "LOVE IN SIMLA". 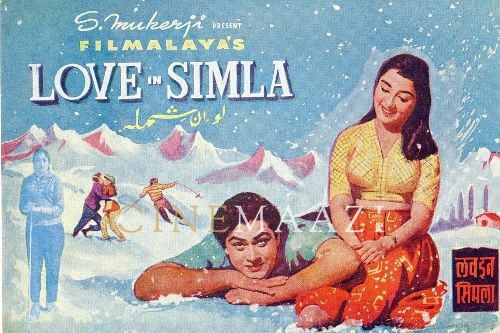 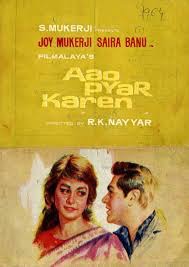