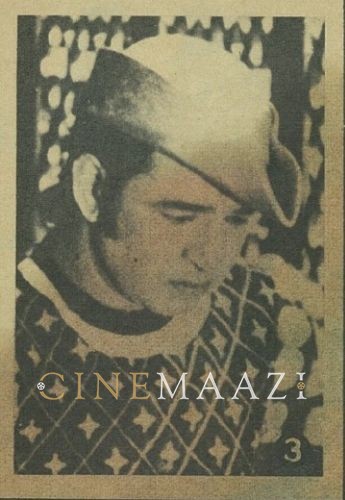 Master Nissar was born as Nissar Ali Mohammed Ali on 5 March 1902 in Delhi in a family of Mirasis (musicians). When he was ten years old, he moved to Bhopal and started singing and acting in his uncle’s theatre company, where he worked both as a chorus singer and an extra. While there, he also received training in music from Pandit Betab and his Ustad Jhande Khan. After playing mostly female characters in the theatre company, he received an offer to work in Agha Hashr Kashmiri’s play. Though he never completed his schooling, his Urdu diction was flawless, and he had a talent for memorizing dialogues.

Soon after, he moved to Calcutta and joined Madan Theatres on the recommendation of Agha Hashr Kashmiri. He became a part of popular plays in the company like Laila Majnu and Shirin Farhad. When these were later made into films, Nissar was the first choice for the lead. He made his film debut with Shirin Farhad (1931), in which he was cast opposite Jahanara Kajjan (known popularly as Miss Kajjan). His songs catapulted him to fame, and before he knew it, Nissar was a star. Though Alam Ara (1931) was the first talkie, Shirin Farhad (1931) came out as more technically refined and featured 42 songs by Kajjan and Nissar, which was already a popular singing pair of the stage. The lead pair of the film continued to work in six other films in quick succession, including Laila Majnu (1931), Shakuntala (1931), Bilwa Mangal (1932), Chatra Bakawali  (1932), Indra Sabha (1932) and Gulru Zarina (1932).

Once he had enjoyed some success in Calcutta, Nissar moved to the new hub of film production, Bombay. He joined Bhavnani Productions at a salary of Rs. 3000 per month and went on to work with reputed actresses of the time like Bibbo (Maya Jaal, 1933, Rangeela Rajput, 1933, and Sair E Paristan, 1934), Padma Devi, Zebunnisa, Haseena, Kanta and Sardar Akhtar (in Shah E Behram, 1935). Over the course of his career, Master Nissar worked in seventy five films. Of these, he played the lead in forty five. Punjab Lancers (1937) and  Kisan Kanya (1937) under the banner of Imperial Pictures were the last two films in which he played the lead actor. Using the Cinecolour process imported by the Imperial Company, Kisan Kanya garnered much attention as one of India’s first colour films. Nissar also earned acclaim for his turn in the film as the peasant accused of murdering the landlord. Unfortunately for him, the rise of new stars like K L Saigal, Ashok Kumar and Surendra spelled the end of his career as a leading man.

From 1947 onwards his career went into decline. In his later career in the 1950s and 1960s, Nissar shifted to playing character roles. He appeared in the qawwali songs Marna bhi mohabbat ke kisi kaam na aaya and Aaj kyun humse parda hai in the films Azaad (1955) and Sadhna (1958) respectively. Legend goes that the writer of the qawwali in Sadhna, Sahir Ludhianvi, saw Master Nissar impoverished and begging on the streets. When he recognized him, he immediately took him to B.R. Chopra and bagged him the role. He spent his last days struggling with crippling poverty, living in a chawl in Kamatipura. He reportedly also tried to revive his career by moving to Pakisan but hat endaeavour was unsuccessful. He had performed his old songs from Shirin Farhad at a concert organised by Sangeet Manjiri. He used to survive by playing character roles and giving music tuition. Due to his friendship with Dilip Kumar he received some minor roles in his films.

At the time, Master Nissar was already married and living with his wife. Known for being a ladies’ man, he was married four times in his lifetime. When he was married to Akhtar Hussain’s (Jaddan Bai’s son) sister-in-law, she left him on suspicion of infidelity. He later married the actress Zebunnisa, but their marriage ended in divorce as well. Some sources claim that he went back to living with his first wife for the rest of his life.

Tragically, in his later years he earned a living by doing small and often uncredited roles. Once a huge star and an affluent man, Nissar died penniless in a dingy house in Kamatipura on 13 July 1980. 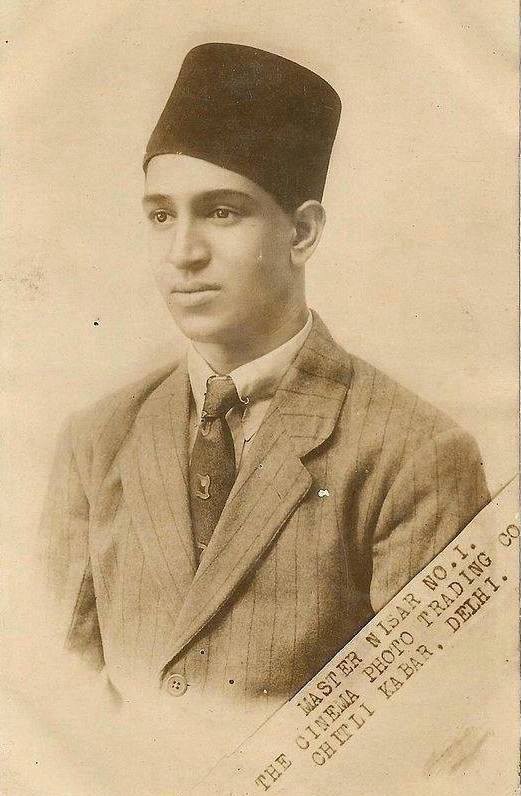