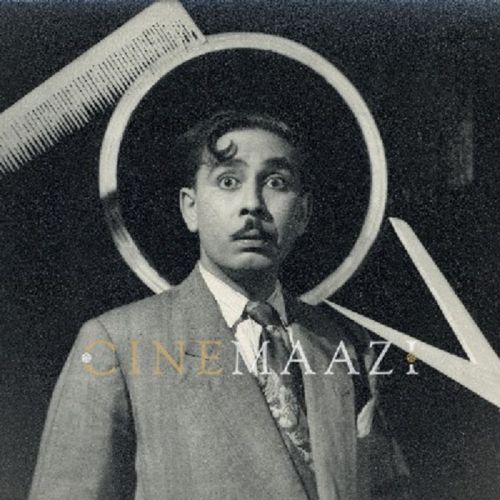 Harold Lewis, popularly known as Majnu, was a producer, director, screenwriter, and a leading comedian of Punjabi cinema. He was a class comedian who got popularity mainly due to his comic roles in Hindi and Punjabi films. He was a comedian by habit and maintained his laugh-provoking demeanor credibly well. His glib tongue and comical gestures created hilarity even in the saddest atmosphere. Majnu was better known for his roles in films like Ek Thi Ladki, Bhaagam Bhaag, and Hum Sab Chor Hain, Son of Ali Baba, and Punjabi films Lachhi, Posti and many more. In Punjabi cinema, he was the first comedian who could carry a film to box office success with his superb acting.

He was born Harold Lewis in a Punjabi Christian family of Amritsar on November 2, 1913. He was the grandson of Khalifa Imad-ul-din, who converted to Christianity and translated the Bible into Persian. His father was the owner of a cinema hall. As a child, Majnu developed an interest in acting. He used to enact the role of a joker in the circus and in dramas in his childhood and adolescent days. He schooled up to the Cambridge level. In 1928, he went to Bombay in search of roles in films, but with no success, he went on to Calcutta. He worked as a porter in a film company and finally got associated with Kamla Movietone, Shorey Pictures, and Batra Productions. He was named Majnu after his successful portrayal of the title role in his first film Majnu (1935). He was married to his co-star Radha Rani. His son Ashok Majnu is a dialogue writer.

Harold Lewis was introduced as a leading man opposite Shyama Zutshi by Roop K. Shorey in the film Majnu (1935). The film was a musical comedy satirizing the story of Laila Majnu, shot in Lahore with Ghulam Haider as music director. He performed daring motorbike stunts in the film and the audience was thrilled at the sight of Majnu trapped on the railway tracks by the villain. The shooting of this film started in 1933 and it was named Majnu 1933. However, the film got completed only in 1935 and the title was changed to Majnu 1934 and then finally to Majnu 1935. The film was a big success and Shorey repeated Majnu as the hero in his next film Tarzan Ki Beti (1938). Shot in the snowy Himalayas, the film was hailed as the best jungle picture ever produced in India and placed Punjab firmly on the entertainment map of India.

Majnu became a favourite artist of the Shoreys and he was cast in almost all the Shorey productions. Majnu appeared in Himmat (1941), a film produced under the banner of Kamala Movietone and directed by Roop K Shorey. Majnu made a sensational comeback with a double role in the musical situational comedy Nishani (1942) produced by Shorey Pictures. The film was a success at the box office. After the success of Nishani, Majnu was roped in by Satish Batra to direct Paapi (1943) under the banner of Batra Productions, Lahore. The star cast included Madhuri, Zahoor Raja, Majnu, Salma, Satish Batra, Moti, etc. Majnu appeared in Shalimar (1946), Shorey’s last production in Lahore before Partition. It belonged to the fantasy and costume genre.

After Partition, Majnu came to Bombay where his godfather Roop Shorey paired him with I. S. Johar in his next film Ek Thi Ladki (1949). The comedy created by this pair became very popular. Shorey made the combination of Johar and Majnu his mascot and featured them in almost all the films he made thereafter. Johar-Majnu usually copied their costumes and styles on the lines of famous pair Bob Hope and Bing Crosby. This pair even copied the ‘Yogi dance’ of Hope-Crosby in Hum Sab Chor Hain (1956). Majnu had also acted with I. S. Johar in many subsequent films.

Majnu’s first Punjabi film was Dulla Bhatti (1940) produced under the banner of Kamla Movietone, Lahore. He played the role of Posti, a comedian. Next, he played the central character of Shahbaaz, a humpbacked Faqir opposite Menka in Ik Musafir (1940). In Roop Shorey’s diamond jubilee film Mangti (1942), Mumtaz Shanti and Masood Pervaiz played the lead roles while Majnu was in the negative role of Sunder. Next, he appeared in Koel (1944) where Manorama was his heroine. In Gul Baloch (1945), he played the role of the hero’s friend Posti and also sang two songs.

After Partition, his first film was Chaman (1948) in Punjabi produced by Jaimani Dewan. Majnu essayed the villainous comic role of Bhole Shah. The mega-hit film had eleven songs two of which were picturized on him. In Lachhi (1949), the pair of Om Parkash and Majnu regaled the audience with their pure comical acts. In Bhaiya Ji (1950), Majnu played the role of Bhola, who used to extract money by tricking his miser father. In Shanker Mehta’s film Chhai (1950), Majnu played the villainous comedy role of Telu Ram.

In Kwatra Art Production’s Posti (1951), Majnu played the central character of Posti while Shyama and Amar Nath were in the lead roles. Majnu as a rival lover tried to woo Peengh (Shyama) by rendering the immortal romantic song Tun Peengh Te Main Parchhavan... Rajendra Sharma cast Majnu in Vasakhi (1951) and repeated him in Jugni (1953). Majnu played the role of Chhanga (six-fingered), the villain while Roop Mala and Sunder were the lead actors in Jugni. Majnu played the title role of Kodey Shah in Kwatra Film’s Koday Shah (1953). The comedy song Haye Oye Meri Majboori… was picturized on him and his friends. In Shankar Mehta’s film Lara Lappa (1953), Majnu played the character of Lappa while Sunder was in the role of Larra. Director S.P. Bakshi paired Majnu and Kharaiti in Ashtalli (1954) and both these comedians earned the praise of the audience for their comic skills.

Shaminder Chahal, who produced Vanjara (1954) gave Majnu a chance to direct this film. Apart from directing the film, Majnu played the role of a shayar, Bhambiri Shah. The film received praise from filmgoers and he was offered to direct another Punjabi film Muklawa (1957) by the big banner Filmistan. Majnu’s comedy along with a superb performance by lead actors Sohan Kapila and Manju were the highlights of this film. Roop K. Shorey produced another hit film Nikki (1958) and Majnu was again called to enact the comic role. In Jugal Kishore’s film Bhangra (1959), Majnu played the character of Pooran and his dialogue Bamm Bamm Bole became popular. All the songs of this film were super hit and the film is among the top grossers of Punjabi cinema.

During the 1960s, Majnu was acclaimed as one of the best comedians of Punjabi cinema and his negative characterization made him different from his contemporaries like Kharaiti Bhainga, Sunder and Gopal Saigal. Majnu directed his third Punjabi film Pagri Sambhal Jatta (1960) which was also successful at the box office. In Banto (1962) he was paired with Sunder as brothers Nihal Chand-Dyal Chand. In Chhadian Di Doli (1963), he gave good company to I. S. Johar for enacting the comical characters. In Laajo (1963), Majnu played the role of heroine Nishi’s brother Khushi Ram, who tries to manipulate his brothers to grab the property of his father. Ultimately, he realizes his folly and regrets his evil deeds.

During the next decade of 1970, Majnu was sidelined by the new entrants like Mehar Mittal. He was now getting fewer roles. Boota Singh Shad gave him a special role in Kully Yaar Di (1970). Even Mehar Mittal offered him a small role as a telephone operator in his film Maa Da Ladla (1973). This film proved to be his last Punjabi film. The days of comedians having a special role with well-defined characters and a pivotal role in the main story of the film were over by the early 70s.

This great comedian of Punjabi and Hindi films passed away in 1975.