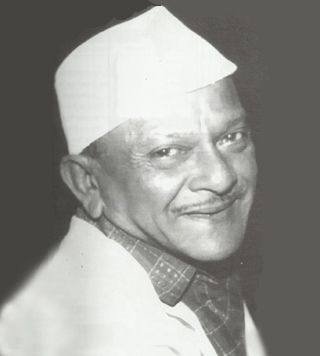 Born in August, 1916, in Miraj, Sangli district, he started his career in music playing the clarinet for a band in Miraj. He went on to train under noted classical singer, Abdul Karim Khan, of the Kirana Gharana in Miraj. His training in the Lavani form of folk music came from Patthe Bapurao, a popular Tamasha singer.

Working in theatre, he composed music for stage productions such as Katha Akelchya Kandyach and Nartaki. His start in the film industry was under humble conditions, with him employed as an office boy at Prabhat Films in Pune, Maharashtra. He worked at Prabhat Films, which was co-founded by V Shantaram, for 9 years as assistant to well-known music director Sudhir Phadke. Some of the films he contributed to include Sangte Aika (1959) directed by Anant Mane, and Gavgund (1951), directed by Anant Mane. Some well-known film which he composed for include Kela Ishara Jata Jata (1965), Ek Mati Anek Nati (1968), Songadya (1971), V Shantaram’s Pinjra (1972), and Bijli (1986). The last film he composed music for was Painjan (1995) directed by Ajay Sarpotdar.

Ram Kadam had set up his own production house Chitra Mauli. In 1985, he produced and directed his first film Gad Jejuri Jejuri, for which he also composed the music. The cast comprised Nana Patekar and Jaymala Kale in lead roles. The film, unfortunately, did not release commercially in cinema halls. Kadam also produced Sugandhi Katta (1974), along with Yaseen, and Sahebmama Fattelal. Directed by Vasant Painter, the film starred Jayshree Gadkar, Dr Shreeram Lagoo, and Sarla Yeolekar, among others.

Ram Kadam passed away on 19 February, 1997, in Pune. He was 79. His biography, Chhinni Hatodyacha Ghaav was penned by Madhu Potdar. Kadam was described therein as a true son of the soil of Maharashtra, and a great musician. He enjoyed an enriching career spanning approximately 50 years as a veteran and prominent music composer. By composing music for Lavanis, he took the folk music style to new heights, giving it a brand new image with a wider acceptance and appreciation. He was aptly titled the Lavani King by his audiences.