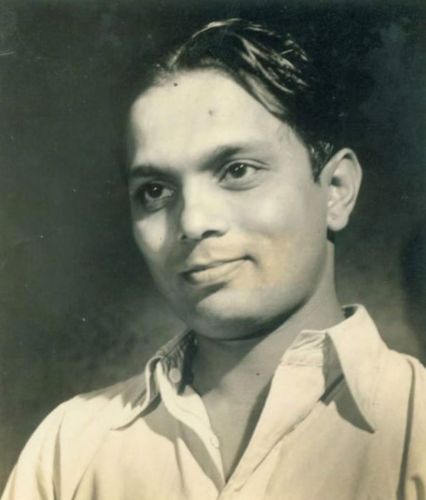 The legendary Marathi music composer and singer, Sudhir Phadke was born on 25 July 1919 as Ramachandra Vinayak Phadke in Kolhapur. Regarded as an icon of the Marathi film industry and Marathi Sugam Sangeet, and popularly known as Babuji, he started his musical journey from an early age. He took his training in music from famous classical singer Pandit Vamanrao Padhye in Kolhapur. He also trained in Baburao Gokhale’s Maharashtra Sangeet Vidyalaya for a short while.  In 1929, after his mother’s death, he moved to Bombay where he further trained under Doctor Bhajekar and at the Maharashtra Sangeet Vidyalaya.

From 1943 to 1945 he worked in the Gramophone Company, where he also happened to meet music maestro Snehal Bhatkar, and later joined Pradeep Pictures. He gave music in the film Rukmini Swayamvar (1946) along with Snehal Bhatkar. The film was directed by Baburao Painter starring Ratanmala, Chandrakant, and Durga Khote. His first independent music compositions were for Prabhat Film Company’s Gokul (1946), where he was brought in place of Husnlal and Bhagatram who had already composed two songs for the film. He was again signed by Prabhat for the film Aage Badho (1947) starring Dev Anand and Khursheed. Phadke used brilliant interludes of sitar and violin in the duet Sawan ki ghata dheere dheere ana which was sung by Khursheed and Manna Dey.

In the Hindi film industry, Phadke worked mostly in mythological dramas. In Navjhankar Productions’ Jai Bhim (1949), songs like Mand mand pawan chale which was sung by Saraswati Rane and Hum dono panchhi ude ja rahe ek disha ki ore which was sung by Lalita Deulkar received praise from the experts. Phadke also sang a duet with Lalita, Chali na jaiyo mohe chhod kar, for the film. Later, Phadke and Lalita fell in love and tied the knot on 29 May 1949. Together they have a son, Shridhar Phadke who carried on their legacy.

In the initial years of his career, Phadke worked with many singers, including the classical singers of the day, as he himself was trained in classical music and was a singer of repute. In Datta Dharmadhikari directed Maya Bazar (1949), Phadke let classical singer Manik Verma sing Birha sataye bairi which was a delicate number, while he gave Balakram and Lalita Phadke the song Aaj ki raat nirali hai, which was filled with melody.

In the same year, Phadke came up with one of his best compositions in the film Sant Janabai (1949), starring Hansa Wadkar, Shakuntala and Ganesh Abhyankar. He composed 22 songs in the film. The film, though remembered for Hansa Wadkar’s performance, had soulful bhajans like Bhaj man kamal nayan kamlesh which was sung by Mohammed Rafi.

Based on Bhavbhuti’s Sanskrit classic, Malti Madhav (1951) also deserves a mention. The Durga Khote and Anant Thakur starring Malti Madhav had songs written by Pandit Narendra Sharma that turned gold when Phadke added music to them. The film was also special for Phadke since he got the chance to work with Lata Mangeshkar for the first time in the song Maan saunp diya anjaane mein. Phadke and Lata collaborated again for the film Murliwala (1951), where Phadke used the Hawaiian guitar in the song Chanda chamka neel gagan mein which was sung by Lata.

In the Raja Nene directed film Pehli Tarikh (1954), Phadke composed the popular Khush hai zamana aaj pehli tarikh hai which was sung by Kishore Kumar in a cheerful manner. The song was funny and chirpy, which was quite contrary to Phadke’s style, which was moderate and poetic. His signature style also deterred him from becoming popular among the common public as compared to his contemporary S N Tripathi.

After Master Krishnarao, Sudhir Phadke became a permanent composer for Prabhat Film Company. He gave music to their last film Gaja Gauri (1958). Phadke’s pleasing music and Suman Kalyanpur’s beautiful voice in the songs Hey badh bhagan sone chirayya and Lal jasoda ke tum pyare created magic among listeners. He also gave unforgettable music in films like Gokul Ka Chor (1959) and Bhabhi Ki Chudiyan (1961), which was his best musical hit in the Hindi cinema. After a long interval, he made a comeback in the Hindi film industry in the mid-70s with the film Darar (1972) which was followed by Sher Shivaji (1981) and Suraj (1987).

At the request of Shri Sitakant Lad of Pune Akashvani, G D Madgulkar and Babuji came together to create Geet Ramayan, a musical extravaganza in the form of 56 songs that chronologically described the events from great Hindu epic, which was broadcast by All India Radio, Pune between 1955-1956.

For his contribution to the music industry, he was also awarded the Sangeet Natak Akademi award in 1991. He won a National Film Award for Best Feature Film in Marathi for the film Ha Majha Marg Ekla in 1963.

Sudhir Phadke died on 29 July 2002 in Mumbai after suffering a brain hemorrhage. His last film was Veer Savarkar (2002), based on the life of Vinayak Damodar Savarkar, directed by Ved Rahi. 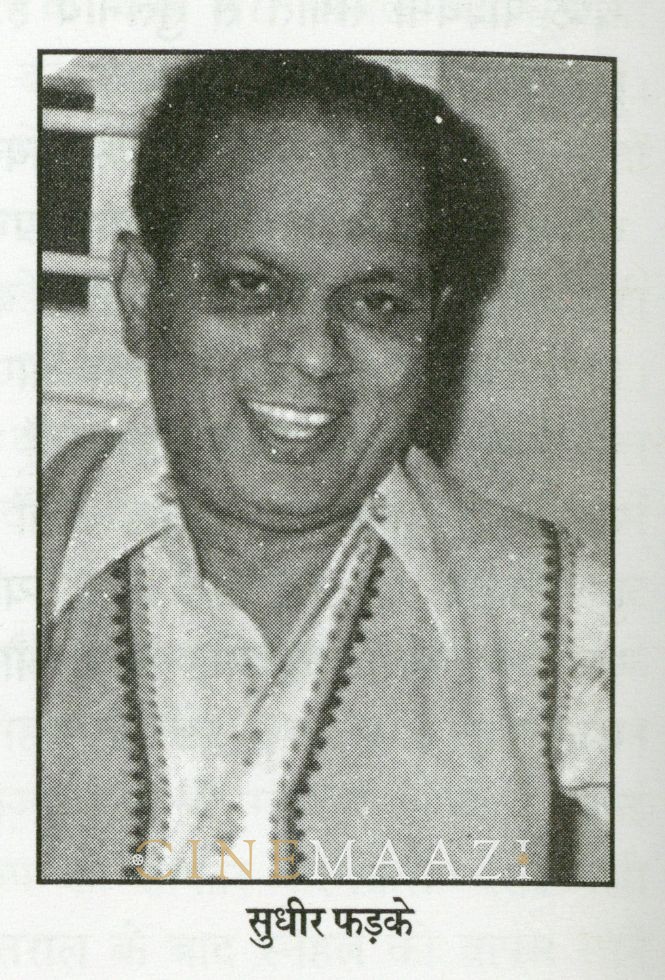