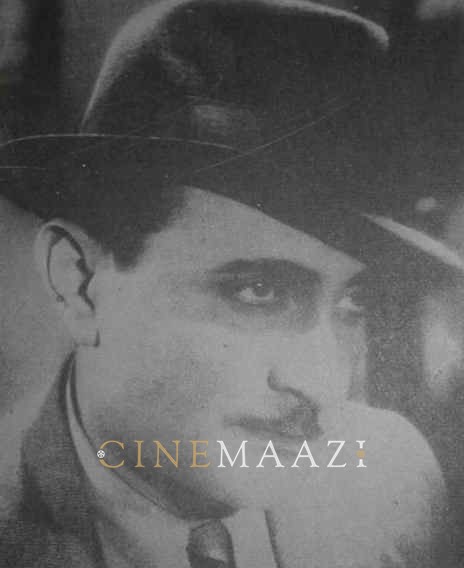 Film stars don’t retire the saying goes, they just fade gradually away. Was the gentle, wistful old man I met the other day really the dashing star of almost 300 films? There he sat in his pajamas in a room filled with glass cases full of knick-knacks and mementos, with a pile of photo albums at his side. Before the days of jubilee trophies, he informed me, exhibitors, distributors, studio owners and fans used to present cups and medals of silver and gold to their favourite actors. Eddie Billimoria had a large collection of these but most of them were burgled a long time ago. Eddie has been confined to his chair for five years now and the cinema is for him now only his memories, a few albums and these trophies.

He and his wife live with her sister’s family in a flat in an old building near Kemp’s Corner which has been swamped by new high-rise apartment buildings. During my visit, his wife, or sister-in-law would be hovering around in case a particular photograph or some special memento was to be displayed. Numerous grandchildren also trooped in and out of the room. Though he talked to his family in Gujarati and the others spoke to me in English, Eddie felt more at home in Hindustani. His language was the quaint and charming Hindustani of the old films one sees on television. Talking of his present plight he said, Pehle main shikari tha ab apne ghar mein shikaar ban gaya hun. And I wondered at the all-pervasive influence of the cinema on people’s lives, their lifestyles and even their language.
In fact, he says, that in the 300 or so films he has done he never sang a song or danced in any of them. But he says he was considered a versatile actor and was good at stunts and action scenes.

Eddie Billimoria was born in 1900 in Kirkee, a cantonment town near Poona, where his father worked in the ordinance factory. At 13 he ran away to join the railways as a fireman, hoping as many boys do to become an engine driver. Unfortunately, he fell ill and for a change of climate, his parents took him to Bombay. There for the first time, he saw a film – a silent American film. And it was then as he says, that my troubles started.

In Kirkee he couldn’t see any films as the only cinema hall was meant exclusively for British soldiers. Indians were not allowed. Eddie got around this by becoming a gate-keeper. During his spare time he hung around the projectionist cabin, and one day when the projectionist walked off in a drunken fit, Eddie got his job. Soon he decided to try his luck as a projectionist in Bombay. At nights he slept in the Azad Maidan and during the day he hung around the Excelsior and Empire cinemas hoping for a job. One night his hat, shoes and coat were stolen and Eddie felt the world had come to an end. Seeing the shoeless, coatless, hatless boy “from a good family” a kindly projection equipment dealer offered him a job. After this Eddie demonstrated and installed projection equipment in almost a thousand cinemas all over the country.


In the meanwhile, his younger brother Dinshaw had become a lead player with the Imperial Studios owned by Ardeshir Irani. Eddie went one day to visit Dinshaw on the sets and the director mistaking Eddie for his brother told him to get on with his make-up. The mix-up was explained, but Eddie landed a small part in the film Punjab Mail (1929).
As soon as he had completed the scene three directors were ready to sign him on as a lead player for future Imperial Studio productions. His first film as a leading man Vanishing Hope was a smash hit, and he worked for two years in a number of silent films for Imperial, playing opposite Sulochana, Sultana and Ermeline. When Chandulal Shah started Ranjit Studios he joined them as a leading man for such films as Fighting Vagabond/ Baghdad Ka Badmash (1932), Rogue of Rajasthan/ Mewad No Mawali (1930), Naughty But Nice/ Toofani Taruni (Naughty Girl)  (1934). Fortunately for him, the coming talkie didn’t end his career and he became a ‘talking’ hero. This was quite remarkable as unlike the other stars he couldn’t sing and dance. In fact, he says, that in the 300 or so films he has done he never sang a song or danced in any of them. But he says he was considered a versatile actor and was good at stunts and action scenes. He proudly states that he introduced the vogue for ‘westerns’ in our films and used a cowboy costume for the first time.
His leading ladies in Ranjit films were Miss Gohar, Bibbo, and Madhuri. He was the only leading man with Ranjit for many years but with the advent of the war came an influx of talent from Calcutta and especially Prithviraj Kapoor, the rising star in the firmament. Eddie’s stock fell and Chandulal Shah asked him to quit.

Then for some time, he was with Paramount owned by Kikubhai Desai. Desai’s sudden death led to the end of Eddie’s career as a leading man. After this, he started accepting character roles, but even these were few and far between. Finally, he had to resort to playing an extra in crowd scenes. But now that he is invalid that too is not possible. So, he sits in that room with his memories like the discarded hit that no one totally recalls. Recently Eddie received a letter from Dev Anand inviting him to join the National Party, and he seemed very touched that someone still remembers.

This interview is a reproduction from an old magazine. The extract from the magazine was contributed by Sudarshan Talwar.
Toofani Turani poster credit- Osianama.com
629 views