Titles and a Memory 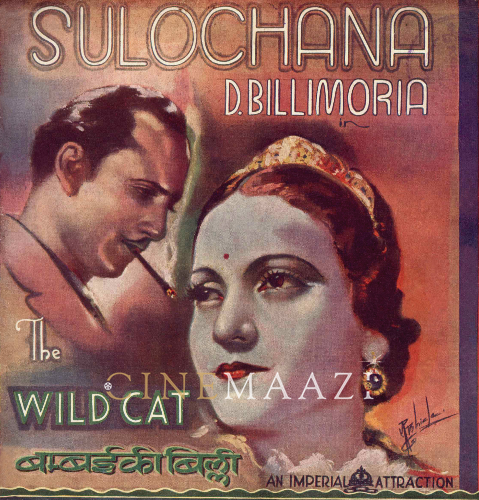 Satyajit Ray is the product not of a film school but of a film society which he himself helped found. Godard, Truffaut, Chabrol and Rivette are the "children of Henri Langlois and the Cinema the que Francaise" where they sat six hours a night, seven days a week, getting a cinematic education unequalled in its breadth and diversity anywhere in the world. Richard Roud, that keen observer of world cinema, says, "It seems to me that the significance of the development of the film libraries of the world corresponds to a certain coming-of­ age of the cinema.... a Bertolucci tells us that he was influenced by Von Sternberg in the lighting of The Conformist, Straub has been influenced by Lubitsch's films, Godard by Dreyer. These were not films they saw at their neighbourhood theatres-they were Archive films seen at Cinematheques ."

Mani Kaul, Kumar Shahani, Ketan Mehta, Saeed Mirza, Adoor Gopalakrishnan all had the benefit of National Film Archive screenings as students of the  Film Institute of India and their works bear traces of Antonioni, Bresson, Godard, Jancso and other  European film makers. Mrinal Sen, Shyam Benegal, Sathyu, Govind Nihalani, Basu Chatterjee, Aravindan, Girish Karnad, Karanth and many others, learnt their craft (unhappily, in some cases even lifted the story material)  from foreign films shown by film societies or at film festivals. Cinema being an international art, we cannot avoid this kind of interaction. Not only film enthusiasts, but even the general public has been exposed to the best products of world cinema in all genres, ranging from Cocteau and Bunuel's most abstruse experiments to Busby Berkeley musicals and Capra's screwball comedies. The cineaste can get all his cinematic sustenance from Eisenstein's dynamic montage, Carl Dreyer's rhythmic tension and precision (not one frame in Jeanne d'Arc seems superfluous), Fellini's baroque fantasies, the "anti­ cinema"  cinema of Antonioni and Bresson, Bergman's oppressive, dark vision which is at once disturbing and sobering, the surrealist creations of the Spanish master Luis Bunuel.


With such varied, delectable and sumptuous fare, the danger of course, is that one may over-eat and suffer indigestion. For the cineaste, discreet assimilation of influences is necessary, otherwise a certain disorientation is likely, resulting in a loss of national identity. In this context, Gandhiji perhaps has the best word of advice: "I do not want my house to be walled in on all sides and my windows to be stuffed. I want the cultures of all lands to be blown about my house as freely as possible. But I refuse to be blown off my feet by any."

While a Film Archive performs the essential task of spreading film culture and cinematic education, its main function is to explore and preserve films-preferably all films, but because of the limitations of resources-money,  men, space- it has to be selective. It is a fair assumption that more films (of the silent era, at least) have dis­appeared than survived. How much of Lumiere, Melies, Feuillade, Ince, Griffith, Pabst, Sjostrom, Dupont, Chaplin, Lang, Max Linder and Clair, to name a few have been lost through wilful destruction or plain neglect. How many million meters of priceless documentary material that could bring alive whole eras have vanished. In our country, there is no trace of the films of Ranjit, Sagar, Imperial, Maharashtra Film Co. and umpteen others. As a result, the silent era of the Indian cinema is a total blank. All that survives are titles and a memory.

Some years ago, I was engaged in making a film anthology of the Indian cinema. Enthusiastically, I drew up a list of significant films and proceeded to find them. In Calcutta, I went to see the proprietor of a well-known film production company, who had also been a writer and a director. I handed him the list of his past productions with a request to allow me the use of excerpts from them. These included both silent and sound films. He took one look at the list and handed it back to me, saying, "I don't have any of them."

"What happened to them?"

"They were lying around for quite a while, then we decided to send them to Madras."

"Because the junkmen there, for some reason, paid a better price than in Calcutta."
Not only in our country but even in more advanced countries like U.S. many masterpieces of the first fifty years have totally disappeared, some through greed or neglect, others because of the chemical properties of the highly inflammable nitrate film. Just one example will suffice. Have you heard of Harry d'Arrast (H.d'Abbadie d'Arrast)? Chances are you haven't. Yet, d'Arrast (who worked with Chaplin and Lubitsch) was the creator of "eight of the loveliest films ever made by anyone" on the evidence of Fritz Lang. His films are lost forever. Suchet Singh, an Indian film maker who had also worked with Chaplin and who died young, made four very interesting silent films including Shakuntala (1920) and Mrichhakatik (1920). He also shot the funeral procession of Lokmanya Tilak in 1920. Not a frame survives, not even a still.

Indian laboratories in all the major centres of film production­ Bombay, Calcutta and Madras, still hold hundreds of nitrate base films which nobody claims but, in the absence of a legal fiat, the laboratories are unable to make them over to the Archive. To the trade wing of the industry, the moment a "property" ceases to be "productive", it is best forgotten.

The researcher and the historian apart, the man who really feels concerned about it is the creator of the film. But not having any commercial control over it, he is a helpless spectator to the destruction of what is really a bit of his being.

This article was originally published in Indian cinema's 1982-83 issue. Images used in the feature re taken from the original article and cinemaazi archive.
405 views