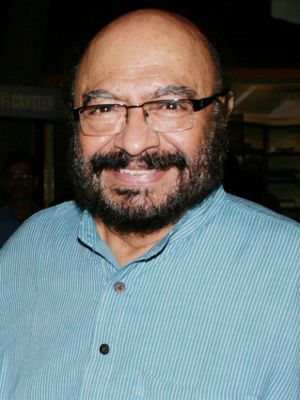 One of Indian cinema’s most daring voices and a master at portraying complex moral dilemmas, Govind Nihalani’s cinema presented audiences with the gritty, realist version of the ‘angry young man’ popularised by Amitabh Bachchan and Salim-Javed in the 70s. Unlike the more populist action potboilers, Nihalani’s films were more openly politically committed in portraying the anguish of the oppressed, who are trapped in an inescapable reality.

Nihalani was born on 19 December, 1940 in a merchant family of Karachi. His family was forced to migrate during the Partition to Jodhpur first and then to Udaipur. His father found work there as a grain merchant and Nihalani completed his education there. It is there that he developed a passion for still photography. The violence he witnessed during the Partition left deep scars on him. Very unlike the films he went on to make, he used to watch primarily historicals or devotional films as a child. The first film he saw in theatres with his uncle was Narsi Bhagat (1957). He joined the Shree Jayachamarajendra Polytechnic Occupational Institute in Bangalore to train as a cinematographer in 1959. After his graduation in 1962, he joined the legendary cameraman V K Murthy as an assistant from 1962-1971. He also started work in advertising where he met Shyam Benegal. He made over 200 documentaries and advertising films in this period. His first independent feature as cinematographer was playwright Satyamev Dubey’s avantgarde Marathi film Shantata! Court Chalu Aahe (1971). He was also the co-producer of the film. In his early career, he was primarily known for his work on Shyam Benegal’s films beginning with his debut Ankur (1973).

Nihalani went on to shoot many of Benegal’s early films – all critically acclaimed and considered significant developments toward a new realism in Hindi cinema. Among them were Nishant(1975), Charandas Chor (1975), Bhumika (1976), Manthan (1976), Anugraham (1978), Junoon (1978), Kalyug (1980) and Aarohan (1982). He won the National Film Award for Best Cinematography for his work in Junoon. He credits Benegal, V K Murthy, Satyamev Dubey and producer Manmohan Shetty to be his chief teachers and inspiration in filmmaking. Other films shot by him include Girish Karnad’s Kaadu (1973), Dilip Chitre’s Godam (1983) and Atul Bordoloi’s Drishti (1990).

In 1980 he made his directorial debut with Aakrosh which was written by Vijay Tendulkar. One of the few films to portray the exploitation faced by adivasis by capitalist forces, the film was a surprise hit and went on to win multiple Filmfare Awards including Best Film. He followed it up with the Shashi Kapoor-Rekha starrer Vijeta (1982) which won him the Filmfare Award for Best Cinematography. His next film Ardh Satya (1983) is widely regarded as one of the best police films ever made in India. A dark depiction of systemic corruption and the effect of it on a police officer’s psyche, the inclusion of Dilip Chitre’s poem gave it an existential tinge. The film won Nihalani the Filmfare Award for Best Director as well as Best Film. It also won Om Puri the Best Actor award at the prestigious Karlovy Vary International Film Festival as well as the National Award. He also did some second unit work for Richard Attenborough’s Gandhi(1982). He directed Party (1984) based on Mahesh Elkunchwar’s play which has had a resurgence in popularity in recent times due to the digital proliferation of the iconic exchange between Om Puri and Amrish Puri about the role of the artist in society.

In 1987 he adapted Bhisham Sahani’s Tamas into a four-part television film. An incisive and sensitive look at the many threads of a rural society and the devastating effects on them of the Partition, Tamas won the Nargis Dutt Award for Best Feature Film on National Integration. He made several other critically acclaimed films. Drishti (1990) starring Dimple Kapadia and Shekhar Kapur won the National Film Award for Best Feature Film in Hindi and had music by classical singer Kishori Amonkar. He made several Indian adaptations of plays by major western playwrights such as Pita (1991) based on August Strindberg’s The Father; Rukmavati Ki Haveli (1991) based on Federico Garcia Lorca’s The House of Bernarda Alba. In 1994 he made Drohkaal, based on the conflict between the police and insurgent forces. The film was later remade by Kamal Hassan as Kuruthipunal (1995). In 1996 he made the NFDC produced Sansodhan which revolved around the issue of reservation of women’s seats in village panchayats. In 1997 his adaptation of Mahashweta Devi’s Hajar Churashir Maa, as Hazaar Chaurasi Ki Maa, starring Jaya Bachchan and Anupam Kher, won the National Film Award for Best Feature Film in Hindi. He made attempts to make films with more popular faces in later years such as Thakshak (1997) and Dev (2004). The latter won the Filmfare Award for Best Film (Critics). He also made a sci-fi film in 2001 called Deham which won the Netpac Award for Best Asian Film at the Goteborg Film Festival in 2002.

Nihalani is still active as a filmmaker, his last film being the Marathi language Ti Ani Itar (2019). He has a 3D animation film called Up Up and Up in the pipeline. Nihalani never married, preferring to be married to his craft instead.

Nihalani’s skill as a filmmaker and cinematographer deserves to be celebrated for the seminal influence it had on creating a new branch of Parallel Cinema, which was less experimental without sacrificing its political commitments. He remains an inspiration for today’s generation of young filmmakers. 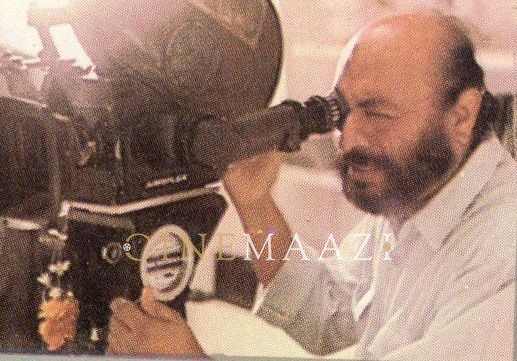