"CHAMKEE" draws its name from the curvacious, vivacious and luscious gypsy dancer who plays a key role in the picture.

The picture draws its drama and comedy from a case of mistaken identity.

But there can be no mistake about Chamkee's identity. It's an exciting, scintillating and complete satisfying motion picture.

The story starts with an explosive bang. Mukesh, the infant son of a Lucknow millionaire, Kailashnath, is lost through the inadvertance of his father's friend, Nigam. The tragedy turns into intriguing suspense when Nigam announces the boy's recovery and brings in Kalwa, who bears a remarkable resemblance to Mukesh.

At the other end, the missing boy is taken away to Kanpur, again without intent, by Bedil, a poetaster and  funny man who is on a brief visit to Lucknow.

The real Mukesh grows into a fine handsome young man at Kanpur while at Lucknow his double is brought up as the son and heir of Kailashnath and is betrothed to marry Shashi, the only daughter of Nigam. This, however does not stand in the way of his flirting with Kamla.

At this stage Fate deals out another tantalizing hand. Mukesh migrates to Lucknow and meets Shashi at a theatre. She takes him for the fake son of Kailashnath, with all the consequent comedy and confusion. The confusion developes into near-crisis when Kamla stumbles into Mukesh and takes him for her own beau! The fat is now properly in the fire. The inevitable comes about, the cloak of mystery is torn asunder by the turn of events and the truth  about Mukesh is revealed. The double is naturally unable to reconcile himself to the new developments.

Nor is the colourful gypsy dancer Chamkee in a mood to part with what she had passionately come to ragard  as her own. And she held the whip hand!

Who is the final victor? Shashi or Chamkee?

How do Nigam and Kailashnath react to the devastating revelation?

There is something fascinating in Chamkee's climax which you will remember and cherish for years. 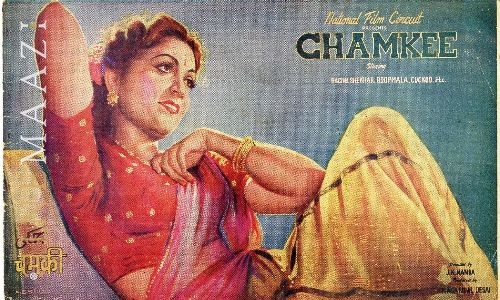 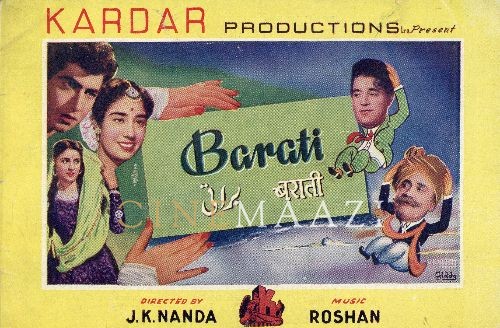 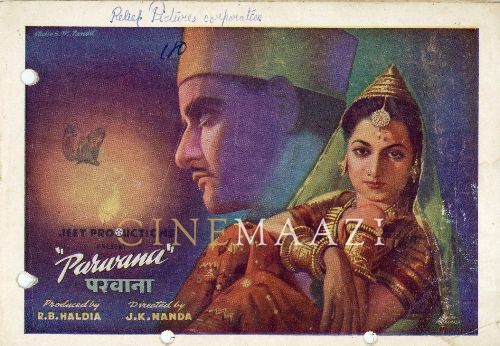